The wrong side of the story. What admiration for China leads to

Here I remember, I do not remember here

In recent years, some comrades who call themselves “patriots of Russia” have a fashion for immoderate praise, no, not their homeland, which would be logical, but a neighboring country. Namely China. Celestial heavens sing simply incredible praises, which increasingly cause quite sincere bewilderment. 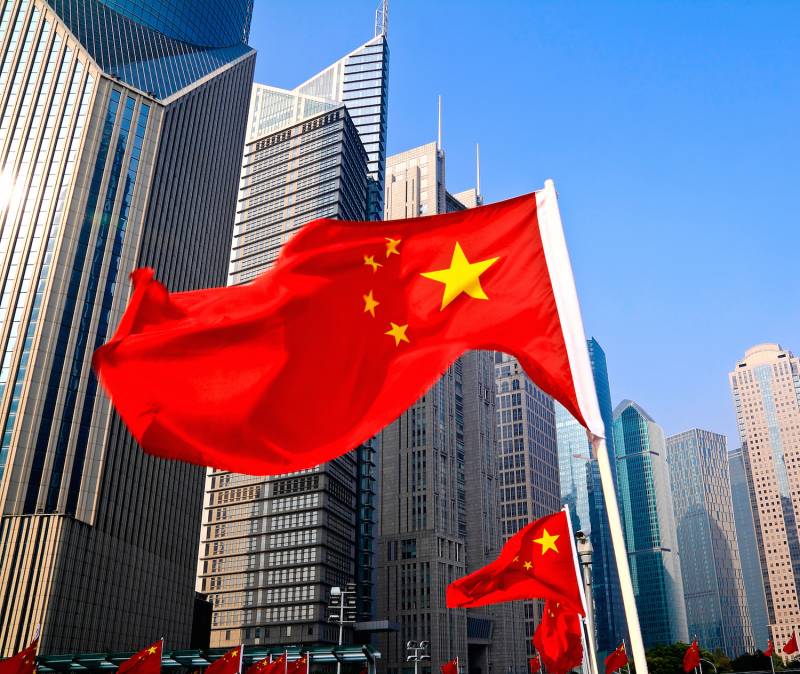 Even in the Chinese ultra-nationalist forums, perhaps, you will not find such laudatory comments about the foreign policy and successes of this country. A caustic analogy arises: similar gentlemen-comrades in the spring of 1941 could praise - and praise - another great continental power, supposedly an ally of the state of workers and peasants in the struggle against Western imperialism. Exactly until 22 on June 1941, when the "ally" showed his true face.

About the Asian "ally" of our time, we also have a lot of myths that are carefully processed before being launched into society. Somehow, it suddenly became customary to theatrically shed tears about the millions killed in the Japanese territory by the Japanese military junta in the 1937-1945 years, but when it comes to the fewer number of those tortured during the “big leap” and “cultural revolution”, a strange collective amnesia. The justification that this is supposed to be for the development of the country does not stand up to criticism, because in the same period of time, South Korean dictator Park Jung-hee achieved much greater success at much lower cost. 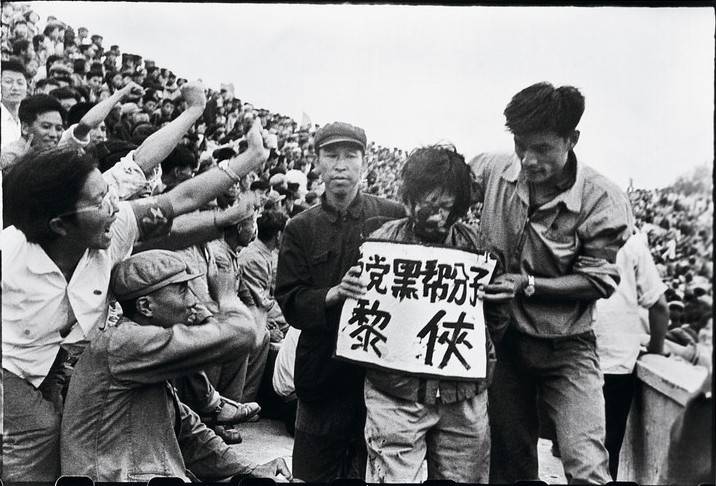 However, the "run over" of the cannibalistic methods of Mao Zedong is a claim to modern China too, where the leader is an indisputable authority. In order not to offend the "comrades", we are trying to avoid slippery issues, for the hundredth time, the topic of Japanese imperialism, which ended back in the 1940s, and its war crimes have long received proper moral and historical rating.

The “I remember here, I don’t remember” mode is also launched when mentioning the events on Damansky Island (not to mention other, less well-known border clashes) or the role of Beijing in supporting Afghan mujahideen in the 1979-1988 years. And by the way, we are talking about the same political regime that is in power in Beijing today, which the Soviet science fiction writer Ivan Efremov called "ant false socialism."

If you add the falling pieces of the puzzle to the picture, then “peaceful and friendly” China will suddenly (!) Appear completely non-peaceful and not friendly. Especially if you bring here the relations of communist Beijing with Vietnam, India and other neighbors. The governments and peoples of these countries also have something to tell about the "good-natured panda" and the "wise and fair dragon."

Of course, we are not alone in such humiliating worship. The West also flattered China for a long time and obediently, from about the eighties to the middle of this decade. Even Tiananmen did not become a big obstacle. But there, flattery was a tactic, not a true strategy. How much is left of her today? 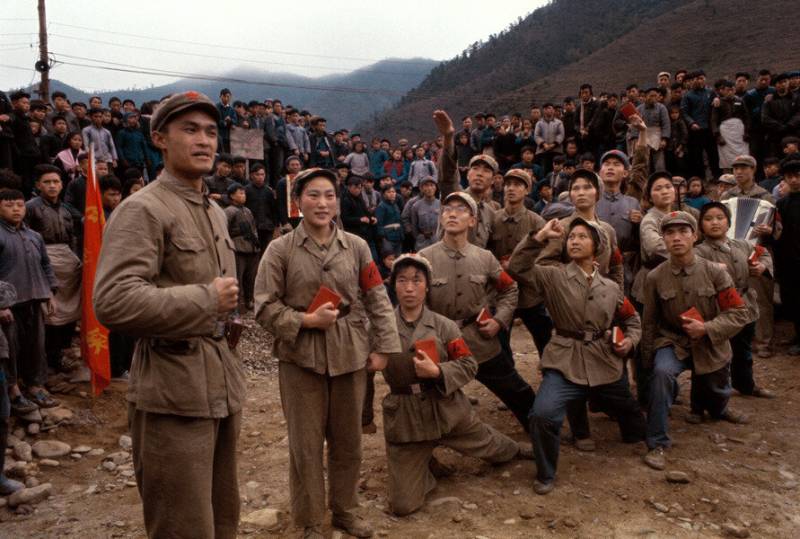 Figures that tell how famously Russia is clinging to the Chinese “development train” forget to mention, say, the economic problems of the Celestial Empire, which were enough before the “tariff war” of Donald Trump, and also that there’s a place for the “Russian carriage” there , then in a very specific role.

Not enough for everyone

The Asian giant is so huge and consumes so many resources that soon they will remain on the planet for the Chinese, or for everyone else. An example of this is the virtually disappeared forests of Mozambique, sent to the Celestial Empire for a "small percentage" for local corrupt officials, or the once-fertile Mekong Delta in Vietnam, almost destroyed by Chinese hydropower plants. This also includes the destruction by armada of fishing vessels of biological resources of the World Ocean “to zero”, which, for example, is a real murder for the food industry of some Asian countries, which, due to the mountain landscape, cannot afford to carry on traditional agriculture and rely almost exclusively on the sea as a source of food.

In the nineties, the population of many Russian regions also became acquainted with the Chinese "method of managing", which led to active protests against such "cooperation." Now, “cross-border cooperation” is as much larger as the problems from it.

So an unprecedentedly high standard of living in the Celestial Empire, which the CCP noblemen love to brag about, was achieved, among other things, by appropriating the resources of many countries. This is the logic of “either they or we”, in which Beijing provides itself with the future, while depriving it of everyone else, leaving all other nations without their forests, fertile land, clean water, non-renewable treasures of nature.

Even in terms of worldview, China leaves no alternative to others. His world project is only for the Chinese. For example: during the Cold War, there were three global projects. The first is the American path, with the idea of ​​democracy and freedom. The second is Soviet, with utopian-idealistic equality. Also, by the 1970-80 years, the Islamic project arose, which also split into separate subprojects (Saudi Arabia, Iran, Pakistan), conflicting with each other. Any particular individual could become a communist, a Westerner Democrat, or convert to Islam. This path was open not only to individuals, but also to entire nations.

But no one can become Chinese. Neither individually, nor collectively, nor at the state level. This is a fundamental limitation of the Chinese path. In the "Chinese world" other nations have a place on the periphery. The source of raw materials and a place to dump what you don’t want to see at home.

At the same time, the very right to be Chinese, as the experience of the Hong Kong protester and the rapidly arming Taiwan show, is not such a great honor. Sweetie called "one country - two systems" in fact turned out to be a fiction. And life in a totalitarian paradise with a "social rating" and "re-education camps" is not at all what adequate people usually strive for. 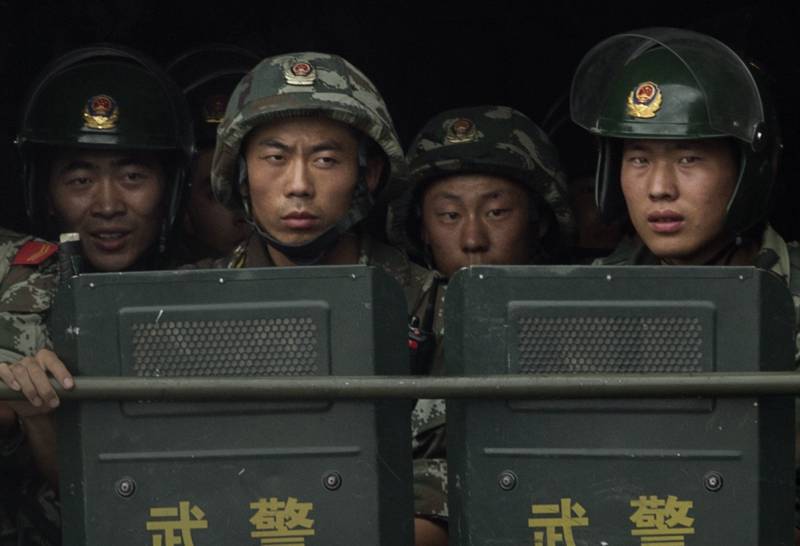 The British colonial flag, which the demonstrators hung in early July in the Hong Kong parliament they captured, is the most obvious evidence of this choice, which was supported by two million people on the streets. This does not mean that the protests in Hong Kong will succeed - they will, of course, be crushed. But the inhabitants of autonomy did not plan to win: their task was to demonstrate to the world their civilizational choice - and it was certainly not for the Beijing government.

You must also understand that the economy does not always determine politics and, especially, ideology. This is something, for example, that many domestic media people cannot understand. Otherwise, strange mantras would not sound that the United States and the EU, they say, are good, will come to their senses and lift sanctions. After all, trading is more profitable than conflict, right? Yes, of course, more profitable. It was more profitable for Europe before the first and second world wars. And who did it stop?

Returning to China, we get exactly the same formula. Ideology and politics always dominate, as it is a question of power. Power will always be above money. Of course, there is a persistent feeling that some are sincerely sure that this immutable rule (ironically, by the way, observed in the Russian Federation itself) for some reason does not work in interstate relations. But it does work. And how.

However, the main danger lies not in the threat of a Chinese military invasion, albeit rather hypothetical, but not zero. And not even in the economic dictate of the Middle Kingdom. That is not the threat.

There is such an expression - "the wrong side of history." It was put into circulation by American journalists and politicians, but this does not make it less true. A nation that has put on the wrong geopolitical power will eventually be forced to pay for its choice. She gives the winners wealth, territory and people: promising scientists, specialists, as well as just young women. In addition, such a country agrees to other conditions of the winners, whose goal is the same - to deprive the vanquished of prospects in the foreseeable future.

The main troubles from the pro-Chinese orientation are that if the Celestial Empire eventually loses its cold or hot war with the West, the Russian Federation, which has failed to maintain the balance, will be perceived by the whole world as an ally of the international “bad guy”. With all the consequences. For the inhabitants of our country, this seemingly high geopolitics is not of academic interest, for people always pay the price for the mistakes of not-so-powerful rulers and regimes.