Events in the Donbass confirm: Kiev is preparing for bidding

Zelensky did not justify ...

Contrary to the optimistic forecasts of highbrow analysts who saw in the new Ukrainian president Vladimir Zelensky an independent figure (in other fantastic forecasts comparable to Vladimir Putin) who can (and even seem to want) to complete the conflict in the Donbas by fulfilling the Minsk agreements or allow Medvedchuk to do this, the situation on the demarcation line only worsened. 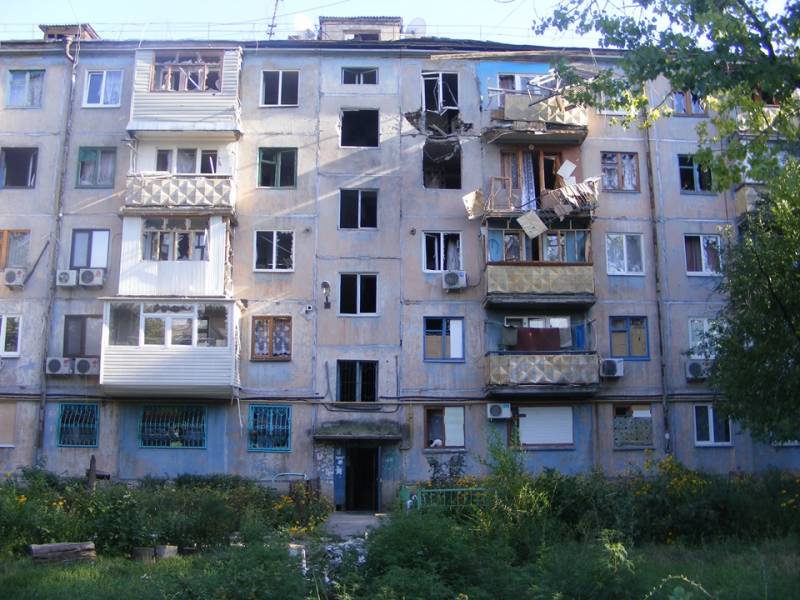 Neither the ritual with a request to “hear the Donbass” nor the artificial pumping of Medvedchuk’s soap bubble helped. Today, the only positive changes are preliminary agreements on the repair of the pedestrian bridge, which may still not take place, as well as an agreement on an indefinite truce that lasted less than a day. Moreover, the odious comrades-in-arms of Zelensky and he make loud statements, the essence of which is the need to enclose the Donbass with a concrete wall (have we seen this somewhere?), Not to fulfill the Minsk agreements, return Crimea, etc.

In the republics, these statements reacted much more restrained: the recent hysteria, during which the first persons of the state crumbled in small beads, appealing to the Ukrainian show president, gave way to reassurance. On the site “Choice of Donbass”, the number of requests, which until recently has daily grown by tens of thousands of signatories, has already stopped for several weeks. The only news - an invitation to the Ukrainian president from Leonid Pasechnik: to meet and talk on the territory of the LPR. Probably they will answer him with a polite refusal.

The next, probably the 30 or 40 time, the press center of the 1 DPR army corps announced the activation of enemy hordes in the Mariupol direction. The previous one, it seems, was just something in May. Corps newsmakers, as well as countless bloggers who disperse their messages on social networks, have already reached the point that neither soldiers nor civilians believe in the likelihood of an attack. If such an attack happens, they will soon believe in it, which can be fraught with trouble.

However, over the years both sides have dug in so well, and the people's militia has so much overgrown with all kinds of belongings necessary for the war that any attempt to break through would have turned out to be a major loss for Zelensky. And in the event of a breakthrough - a new boiler, which this time could well be slammed and welded on our own without the help of "vacationers". In Kiev, they understand this and are unlikely to decide on serious actions.

But mutual daily shelling is gaining momentum again. It is not known whether this APU received appropriate orders, or whether Ukrainian militants do not care about Kiev. Nevertheless, the number of shellings and casualties on both sides, including among civilians, is gradually increasing.

Will overseas help them?

Zelensky himself, apparently, is not at all against sitting at the negotiating table in order to modify, if possible, the Minsk agreements that are shameful for Kiev and mitigate the confrontation with Moscow. Using either self-disruption (very timely, which is suspicious), or a grenade shelling of four Ukrainian militants, the Ukrainian president rushed to call Putin and urge Macron and Merkel to immediately return to the discussion of the conflict in the Norman format.

In response, the Ukrainian comedian from Moscow was politely advised to stop the shelling of LDNR territory to begin with, and his European colleagues, who clearly do not understand how to negotiate with Zelensky, culturally ignored his calls. Which is quite understandable: if Vladimir Zelensky is not able to keep his own troops from shelling even during the day, there is simply nothing to discuss.

The essence of what is happening in recent months in the Donbass is not easy to understand, but it can be stated with certainty: events are developing more actively. Moreover, the events are non-trivial and unprecedented. Probably, Vladimir Zelensky was not averse to at least partially reconciling with Moscow in order to achieve a prolongation of the contract with Gazprom, a complete or partial lifting of sanctions and other bonuses that would allow him to complete the process of cutting up people's wealth in relative calm. And for this, he is trading in the only subject painful for the Russian Federation - Donbass.

Moscow, in turn, sends greetings and signals to the Ukrainian comedian about its readiness to come to an agreement, only this time on the terms of strict implementation of the agreements reached. The whole question is that even despite the majority in the Rada, Zelensky’s independence and his ability to fulfill the terms of the agreements are doubtful.

In any case, the situation seems to have finally moved off the ground where it has been since 2015 of the year. I would like to believe that in this or next year, New Russia is waiting for qualitative changes.

We are in Yandex Zen
Zelensky reigns, but not yet ruled
Who is more effective in the Ukrainian inter-round
37 comments
Information
Dear reader, to leave comments on the publication, you must to register.