Kalmyk steppe. Is there life without the Volga?

The summer of 2019, the coldest in Central Russia, for the Lower Volga region turned into a terrible heat, drought and the threat that giant territories would remain without water. The first to sound the alarm was, as usual, environmentalists and the media. And already at the end of June, the Prosecutor General's Office announced the threat of environmental disaster in the Lower and Middle Volga. 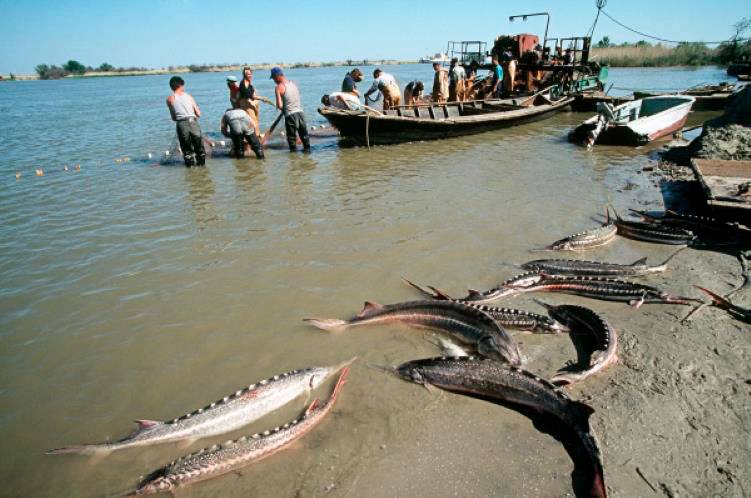 On July 31, acting president of Kalmykia B. Khasikov urgently arrived in Moscow and asked Vladimir Putin to provide immediate assistance to the republic in connection with the consequences of the shallowing of the Volga and its tributaries. The transformation of the steppes into deserts directly threatens almost 90% of the territory of Kalmykia. In the republic, however, sentiments are growing that, they say, the “center” pays attention only to the Lower Volga regions, but not to the national autonomies of the region.

The latest data from relevant authorities, covering only May and June of this year, indicate that the water filling of the Volga basin over the past four years has decreased by more than 20%. It is unlikely that in July and early August the situation got better. And the Volga basin is up to 40% of the European territory of the Russian Federation.

Since the beginning of the 2019, the Volga water in a number of places receded from the coast by 80-150 meters. The mass death of various fish resources in the basin, including sturgeon, is growing. And in the Middle and Lower Volga regions, droughts, dry winds, soil degradation, illnesses and the death of coastal forests still remaining in some places, sharp and frequent weather drops were registered. It is clear that all this, taken together, worsens the health of the local population.

Work on integrated environmental rehabilitation of river basins for the past three decades has actually been financed at best by half. Equipment for such work more than 70% is outdated, and it is almost not produced in Russia. And its import, naturally, is unprofitable. The shortage of personnel in this area is also growing: now it reaches 80%. 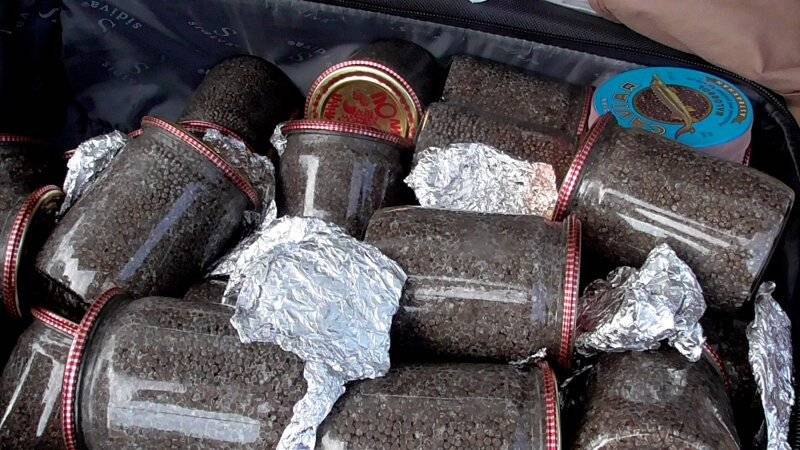 At the same time, the volume of fish resources in the Volga basin, falling since the beginning of the 80-x, according to the Federal Fisheries Agency, only for the 2014-2019 years decreased by almost a quarter, including sturgeon - by more than a third. But the heavy-duty Volga-Kama hydroelectric power stations, already large water consumers, are rapidly increasing water intake to generate electricity. And this is done with more than 60-percent deterioration of their equipment, as well as the equipment of reservoirs adjacent to these hydroelectric power stations, water treatment plants, and other water facilities.

Against this background, the frightening excess of maximum permissible concentration of harmful substances along the entire length of the Volga basin rivers is no longer surprising. It reaches at least 30%. Without proper treatment and filtration, at least half of the volume of wastewater is discharged into the rivers and reservoirs of the basin. These and related factors were stated by the acting head of Kalmykia B. Khasikov at a meeting with V. Putin on 31 July.

Opinion of Nadezhda Malysheva, Director for Development of the Information and Analytical Agency "PortNews" (RF):
“The problem of the drying Volga is a consequence of miscalculations at the government level. Now that the river is becoming shallow, when there is not enough state will to comprehensively address such issues, the already shrinking funding for renewal may stop fleet and replenishment faster and faster perishing river fish resources. And in the coming years, water transport in most of the Volga region may end. " 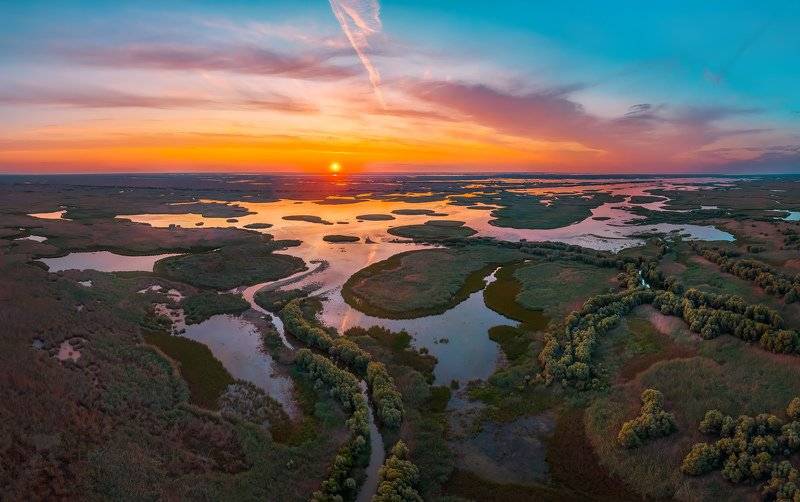 In turn, the honored worker of the USSR forestry Sergey Ageev notes that
"real monitoring of the condition of rivers, lakes, reservoirs, canals has been abandoned since the beginning of the 70's. And the plantations so necessary for the entire biosphere from 1948 were planted along or near water bodies in the middle of the 50's. True, fifteen years later renewed, but haphazardly, and with permissions to cut them "as necessary."

As a result, the expert complains,
“almost all the banks of the Volga and its tributaries in the Lower and Middle Volga regions were left without forests today. In addition, local mountain farmers, starting from the 60-s and today, continue to increase water withdrawal for agricultural land reclamation. But they do this without quality maintenance and use as soil , and drainage networks. Therefore, the "irrigation" water for the most part evaporates, becomes polluted and simply goes into the sand. Also not only in the Volga basin. "

What next? It seems that the sad, even tragic consequences will not take long.

A great Russian river may await another misfortune. Around May 2015, the authorities of Kalmykia periodically proposed to launch the lower Volga channel along Eastern Kalmykia to the Kalmyk coast of the Caspian Sea. In support of such an ingenious idea, it is constantly said that the lower course becomes more and more problematic every year from an environmental and other point of view.

Kalmykia at one time received access to the Volga in a very small area, almost in the delta, as an “economic gift”. However, the “friends of the steppes” Kalmyks famously mastered almost the entire length of the river from Volgograd and Astrakhan and lower. Semi-legal, but rather, completely illegal, caviar business and sturgeon fishing does not stop even after the adoption of the most stringent laws regarding smuggling and poaching. 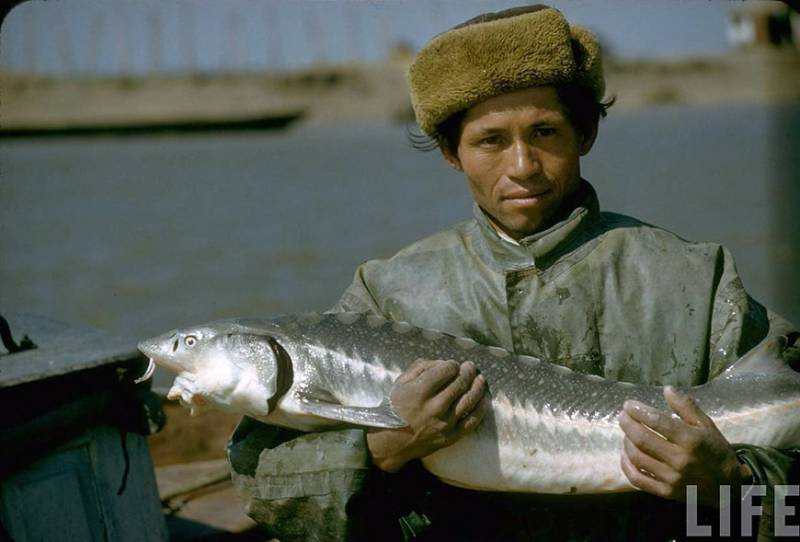 It is possible that the first to propose a new “river turning” was made by none other than the Minister of Natural Resources and Environmental Protection of the Republic N. Ochirov. This, according to the Kalmyk side, will help prevent the final desertification of the territory of the republic (76 thousand sq. Km). The cost of the proposed project is about 200 billion rubles.

A review of the mentioned project from the neighboring Astrakhan region was sent to the Kalmykia Water Development Center in July 2015. Of course, the review is negative. Negative due
"the absence in the project of detailed studies of the water balance of the Volga-Kama water cascade with a change in the Lower Volga channel and the possible consequences of its conversion for the Volga-Akhtuba floodplain and the Volga delta."

However, in Elista, according to available information, this epoch-making idea is not abandoned. And it is possible that the transfer of the Lower Volga channel to Kalmykia is considered by its authorities to be a panacea. And this approach is primarily due to the long-standing territorial disputes between Kalmykia and the Astrakhan region. These disputes, as already noted by "Military Review" in the material “Secrets of deportations. Part 3. Kalmyks. Operation "Uluses" », began almost immediately with the restoration in the 1957 of the city of the Kalmyk ASSR (in the 1944-56 years, most of it was part of the Astrakhan region).

The territory of "memory"

The thing is that in 1957-1958 years. as a result of the territorial demarcation between the Lower Volga neighbors, the entire Volga delta and its channels were “preserved” in the Astrakhan region (unlike the period of 20's - the middle of 40's: then almost half of this Volga sector was in Kalmykia). 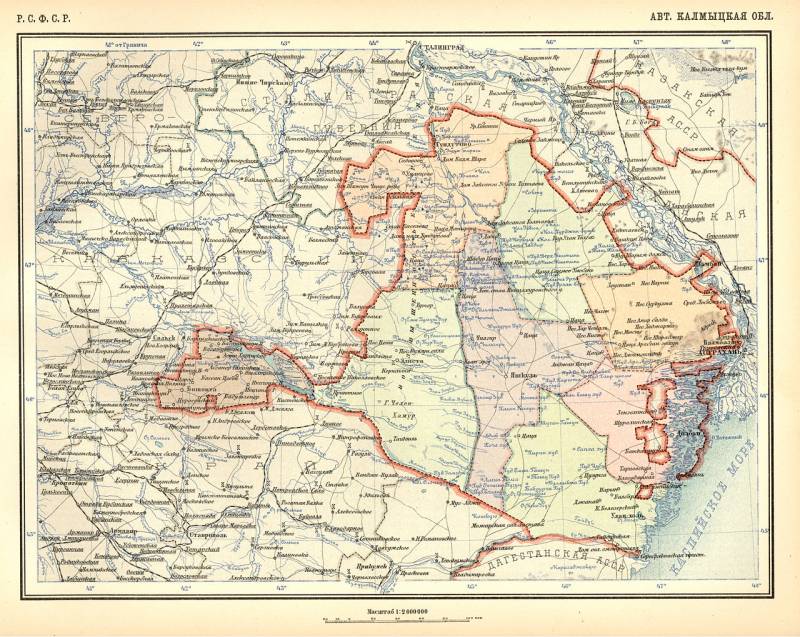 And Kalmykia was given back that very small section - a 15-kilometer access to the Volga, about 70 km north of its Astrakhan delta. It is possible that, having remembered this, in Elista they can take up memories of a different kind. So, created in March 1948 in the USA (Philadelphia) on the basis of a similar committee in 1942-1945. the emigrant "Kalmyk Committee for the Fight against Bolshevism", which is still in force, repeatedly declares about the "borders of the homeland, infringed by the Soviet regime", about the need for "an international campaign for the restoration of rights and genuine historical the borders of our people. "

These theses were presented in the committee’s memorandum at the end of April 1955 at the conference in Bandung (Indonesia) of the heads of 29 developing countries, including China. The document also called on the conference participants "to contribute to ending the Soviet ethnocide of peoples and nationalities." Contrary to the protests of the USSR Ministry of Foreign Affairs and the Soviet embassy in Indonesia, the memorandum was read out by the then head of the committee, Jab Burkhinov. 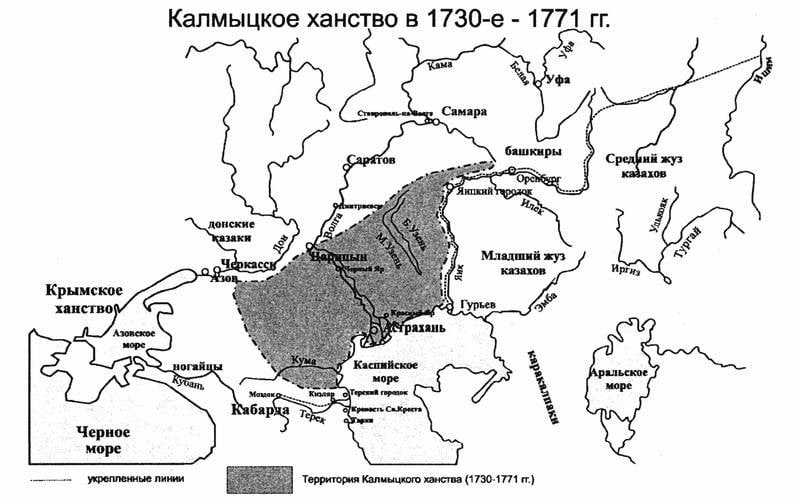 Like many other nations, large and small, Kalmyks are also not without imperial ambitions.

Until recently, the Astrakhan region rejected all of Elista’s requests for the creation of high-power irrigation networks and public water pipelines from the Volga Delta to the neighboring Caspian and central regions of Kalmykia.

In a broader context, the local media and Radio Liberty in mid-May 2013 reported that the leaders of the governments of the Astrakhan region and Kalmykia would meet to discuss the conflict around the 340 ha of the Liman region, located near the Volga delta. It is known that the Republic of Kalmykia continues to lay claim to them. According to representatives of the autonomy, these lands have historically been Kalmyk pastures.

In recent years, disputes have escalated and conflicts have arisen between residents of neighboring regions over a number of adjacent regions. Alas, these issues have not yet been resolved. And due to the catastrophic drought in Kalmykia, Elista is quite handy to recall that the republic had two other accesses to the Volga before 1944, closer to Astrakhan, but after the restoration of the Kalmyk ASSR they remained in the Astrakhan region.

Another incentive for the Kalmyk-Astrakhan disputes to flare up, especially in connection with the water and environmental situation in Kalmykia, was another fact. In January 2015, more than 70% of the participants in a public opinion poll conducted in the Akhtubinsk region of the Astrakhan region adjacent to the Volgograd Region and in Akhtubinsk itself supported the transfer of this territory to the Volgograd Region.

So far this question has not received any "official" continuation. But, according to the Volgograd political scientist and historian Pavel Golod, the "provincial initiatives" of the Akhtuba region may become a kind of bad example for Elista. The expert notes that
"after the liquidation of the Kalmyk ASSR in the mid-40's, part of its Volga regions was transferred to the Astrakhan region. Kalmyks still consider these regions to be their own, and any administrative-territorial changes in the Astrakhan region will most likely lead to resuscitation of Kalmyk claims. But they satisfaction is an unsafe precedent for all of Russia. "

The environmental situation on the Lower Volga, especially in Kalmykia adjacent to this basin, is, as we see, fraught with political costs if the issues of integrated environmental rehabilitation of the Volga basin are still not addressed.