Recession in the Heads. Are there any hopes for economic growth in the country?

It is incredible, but true: in Russia they again started talking about the possibility of a recession. For those who are too lazy or have no time to clarify every pseudo-crazy term that clogged our language beyond recognition, I’ll explain: this is nothing more than an economic downturn. True, there are other meanings in medicine, for example, but today we are interested in just that. 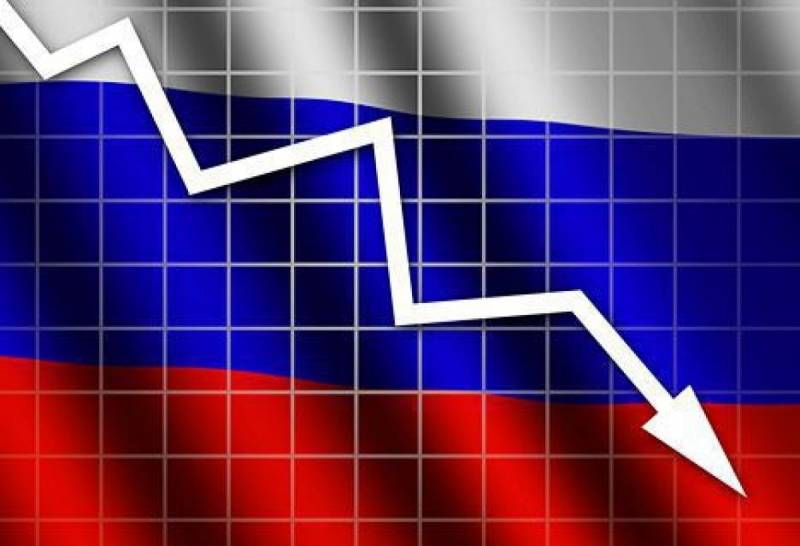 A certain forecast was made by a certain Institute of Growth Economics named after Stolypin, headed by the notorious business ombudsman (how many words were dragged into our language!) Boris Titov. According to experts, this same recession may be registered in Russia already at the end of the current year. Which is rather strange: according to the results of the first quarter of 2019, the growth of 0,5% was recorded, according to the results of the second official results they still haven’t been brought up, but they speak unofficially about 0,7% in relation to the same period last year. That is, even inferior, but growth.

So where did the woods come from, what happened to our economic miracle, which was about to cover us with absolute inevitability? Or what, all the victims, all the efforts were in vain ?! Or are we not all the recommendations of the best economists in the world followed ?!

No, really, let's figure it out!

Did we target inflation? Yes, even stupid to ask: for a good quarter of a century (without exaggeration, since about the mid-nineties) we are only doing this! We target her, damned, from all angles, we don’t give her a free breath! The best minds of the state fall asleep and wake up with the thought of whether inflation was well targeted! No, as you wish, but such an accusation, had it been voiced by anyone, would have sounded like blasphemy!

Could we have been in deficit budgets? Or at least deficit-free? So no, from year to year all the surpluses! Directly to the envy of both Europe and America - this is who should learn from our economic geniuses! And then, you know, every year they have a deficit of 3-4%, they place all kinds of bonds for coverage, they drive the state into the debt loop. Mediocrity and lack of courage, in a word, they need to organize an urgent course at the HSE!

Maybe they violated the budget rule ?! Well, no, the budget rule, this ingenious invention of the genius accountant Alexei Kudrin, has long been a sacred cow for us. We did not violate and we will not violate! On the contrary, time after time we lower the cut-off border so that the damned petrodollars do not go into our economy, which is already about to begin to grow by leaps and bounds, and settled in various funds where it would be stored to the best (that is, the worst, you’ll excuse me for a sudden paradox) of times.

And what about the funds, by the way? Have we eaten them? Have you taken any momentary stupid things like investments, national projects, reducing poverty, raising employment? No, everything is normal with them: they grow up, darlings, instilling in us legal pride and a feeling of deep satisfaction! Agree, it’s nice to realize that your state has accumulated a huge amount of money for your funeral, and they will be magnificent, solemn, beautiful?

Maybe we did little help to oil and gas companies? Also slander: helped a lot, actively, literally for any reason! And tax breaks, and soft loans, and the tax "maneuver" on demand - all for them, breadwinners! And it’s not only oil and gas workers in our honor: the state provided assistance to all oligarchs suffering from sanctions if they are close enough to the Kremlin and for this reason can be called “backbone”.

Or - horror! - we allowed an unjustified increase in salaries in the country ?! No, this is a real slanderous libel on our wonderful economic geniuses: we carefully listen to every moan about how difficult it will be for our economy without cheap workers from Central Asia, and we do everything so that guest workers enjoy our well-deserved honor and respect.

Again, the pension reform was carried out. Decisively, clearly, efficiently. They took away a million rubles from dear Russians of pre-retirement age, even though bins from money are breaking and surplus budgets are being accepted from time to time.

Is gasoline growing in price? Is growing. Not only that, oil companies are also promised compensation for lost profits, but they, you see, are not profitable to process oil domestically, they are more comfortable driving her crude for export. And this, mind you, instead of just raising the export duty at times and thereby ensuring an outstripping growth in the profitability of domestic oil refining for decades to come, as I would assure you, in any country with less intelligent (more precisely, less ingenious) economists.

In general, one can go on ad infinitum: there is no limit to the genius of our “economic bloc”; over and over again, he comes up with something new, interesting, often never before seen in economic practice!

True, the economy still does not grow ... But this is understandable: sanctions, the damned bourgeoisie do not give cheap loans, and we do not invest our money in the economy - what else!

And now they’re talking about the recession. Damned Crimea! Or, as our unforgettable A. Ulyukaev (exactly before landing) said, "politicians create problems for the economy." By the way, I was even scared for him then: no one from the “vertical” kicked Putin so openly and clearly. Not for nothing, as it turned out, he was scared, but about this some other time ...

In general, we get some kind of strange economic reality. Around, wherever you spit, a genius sits on a genius and drives the Higher School of Economics. And a country that does not have real economic problems, in their true sense, still cannot get out of the economic ... Well, yes, the pit, that’s exactly what I had in mind.

Just in case, I’ll make one clarification. Smart ones do not need it, but, as practice shows, there are not so many of them. But the majority of the “slightly less intelligent” ones really like to seriously say something like “are you an economist, to criticize the government ?!” By the way, these people generally like to take deep thought and blurt out something like “Are you poet, what do you undertake to criticize poetry ?! Well, write better, and then blather! ”And so literally for any reason ...

So, my dear lovers blurt out something with a smart look ... In order to appreciate the work of a cook in a restaurant, you don’t have to be a great culinary specialist yourself. Believe me, your life experience is more than enough for this. And in order to appreciate the tailor who sewed a crooked jacket for you, it is not necessary to complete sewing-mechanic courses. Well, I’ll finish you off completely: the great Russian critic Vissarion Grigorievich Belinsky did not write poems comparable to Eugene Onegin and novels that overshadow Dead Souls. Nevertheless, his opinion on these and other works was very much in demand, and there were practically no idiots in the society who would shout to him “write yourself first!”

Therefore, let's agree that any of us living in Russia has a reason and the right to give an assessment of the activity to our highly respected (the law is the law, excuse me) government. Moreover, there was already enough time to make sure the quality of the work of our ministers and various "vice" ones. Already not only the flowers faded, but the fruits of their activities, we enjoyed to the fullest ...

And as Christ said, "by their fruits you will know them." That is, we have every reason to say that this is not a cultural, useful garden tree, but a blackthorn or burdock.

No matter how you shuffle the deck ...


No, don’t be alarmed; this is not a call to that. This is just a statement of the fact that the competence of our government and other economists has long been in question.

We will surely find a replacement for those ignoramuses who changed their plus or minus in their brains during the perestroika years (and vice versa), and they still live with Capital in their head. Unless what Marx considered bad, they now consider good, and vice versa.

Of course, some attentive reader will object to me: they say that Titov and his “institute” are another source. Everything is so, oh my careful reader, everything is so. Personally, Titov reminds me of a physiotherapy instructor who burst into a medical consultation and demanded to send a patient in need of emergency surgery and resuscitation to the gym.

But what about such information available in other sources:
In addition, the lowest indicators of the use of budget funds were recorded in national projects, which could have the greatest multiplier effect - “Increasing labor productivity and supporting employment” (budget implemented at 17,7%), “Safe and high-quality roads” (budget executed at 12,2 %), "Digital Economy of the Russian Federation" (budget executed at 8,3%).

But national projects really are the last hope for economic growth in modern Russia. Without them, there remains only the “budget rule” and the other “genius” mentioned above ...

We are in Yandex Zen
Situational analysis of the death of the MH17 flight (Malaysian Boeing 777), made on the basis of engineering analysis from 15.08.2014
Results of the week. "God forbid to see Russian revolt, senseless and merciless!"
224 comments
Information
Dear reader, to leave comments on the publication, you must to register.