1939. The disaster of interwar Poland

Straight into the abyss

In mid-August 1939, two Polish underground organizations from East Prussia proposed to the Polish General Staff to carry out a series of sabotage at military and transport facilities throughout the region. Cheeky? Of course. But what else could one expect from the Poles, who advocated the secession in favor of Poland of the entire southern part of East Prussia and, of course, the final transfer to Poland of the "free city" of Danzig-Gdansk? More precisely, the entire small region, now called the Tricity or Trehgradie as part of Gdansk, Gdynia and Sopot, where the Polish and Polish-speaking population always prevailed. 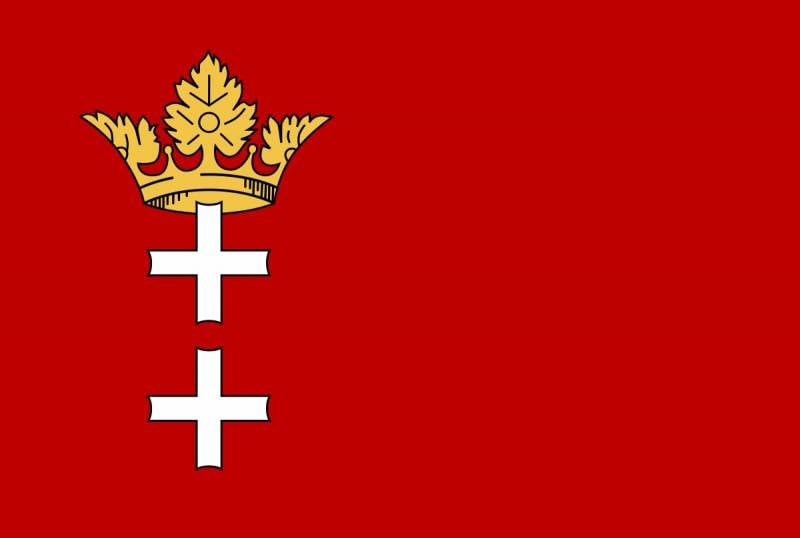 The actions proposed by the underground were to disrupt the upcoming German aggression and facilitate the advance of Polish troops in this region and to Danzig. This controversial "free" city by then had already been completely taken over by the local Nazis, led by Albert Forster. This ardent anti-Semite literally a week before the start of the war - on August 23 he was elected Danzig's "state leader" ("Staatsführer"). 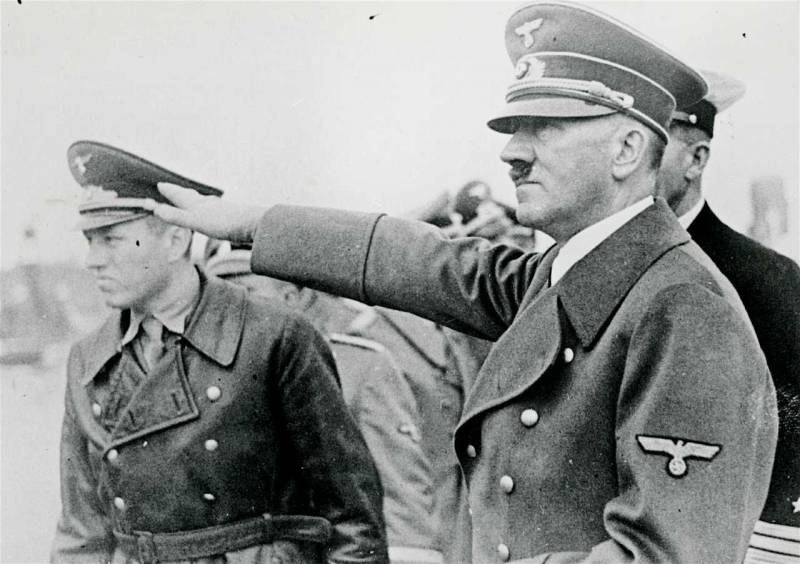 With the accession of Danzig to the Reich, Albert Forster immediately became his Gauleiter

Nevertheless, the Polish General Staff ordered: "Be ready", without responding to this dashing initiative neither "yes" nor "no." Already on September 3, when fighting with the Germans was in full swing, the same organizations repeated their proposals. But this time, the answer was equally evasive (they say, "all the details of the operations must be agreed upon and clarified").

In the first ten days of September of the 1939, the Poles openly missed a chance to take advantage of the geographical advantage, which provided a real opportunity for a successful Polish counterattack in East Prussia. Moreover, even before the Germans approached from the west, it was possible to reach both nearby Danzig and the Lithuanian port of Memel occupied by Germany (in March 1939). 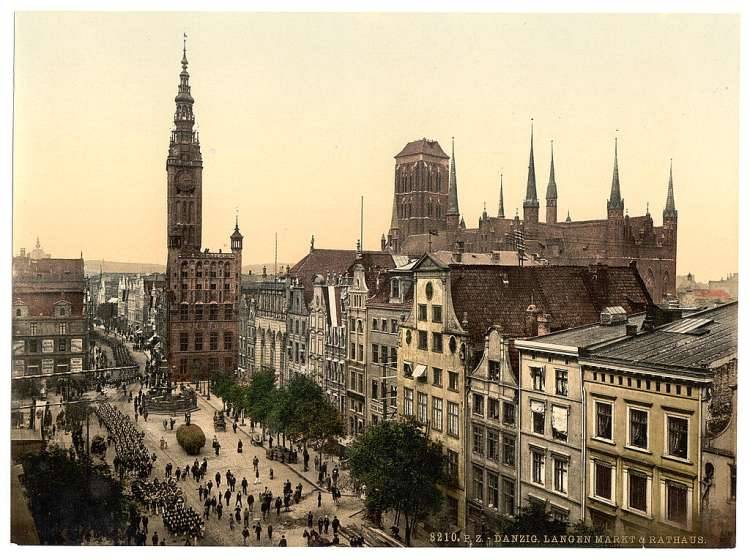 Recall that Memel is the former and current Lithuanian Klaipeda. And again, it became Lithuanian only thanks to the liberation from the Nazis by the Soviet army in February 1945. In exactly the same way, the Polish leaders missed the opportunities associated with the fact that Lithuania immediately declared neutrality in the German-Polish war.

As you know, in Berlin they offered Lithuania to send their troops to the nearby Vilna Territory, captured by Poland 20 years before. Kaunas strictly adhered to its declared neutrality, providing Poland with a relatively calm rear. The rear from Ukraine was also ensured for two and a half weeks, until Moscow decided on the famous “Liberation Campaign”.

Defenziva - a branch of the Gestapo?

However, on 5 — 7 of September both of these organizations were defeated by the Gestapo. According to Boleslav Bierut, the Polish “defensive”, which participated in the development of the projects of the Polish-German “March to the East,” was probably involved in this. Moreover, as Bierut noted, she was stuffed with German agents ahead of time, and the Polish authorities, knowing this, deliberately did not identify her and did not interfere with her.

The first of those same organizations bore a distinctly Polish name - "1772". It was created in 1933, and it initially advocated the reconstruction of Poland within the borders of Russia, Prussia, and Austria on the eve of its first partition in the 1772. However, not in the form of the former Polish-Lithuanian Commonwealth with the elected king, but in the republican status. The second underground office was frankly monarchical, and was called "Nasza moc" ("Our Power"). It was created a little earlier, in the 1930 year, and for a long time deliberately distanced itself from official Warsaw.

The formation of the Polish paramilitary underground in East Prussia was initiated by the creator of the new Poland, Jozef Pilsudski. He, not without reason, considered him a lever of pressure on Berlin, but for a long time restrained the activity of these groups so as not to provoke Germany to invade Poland. 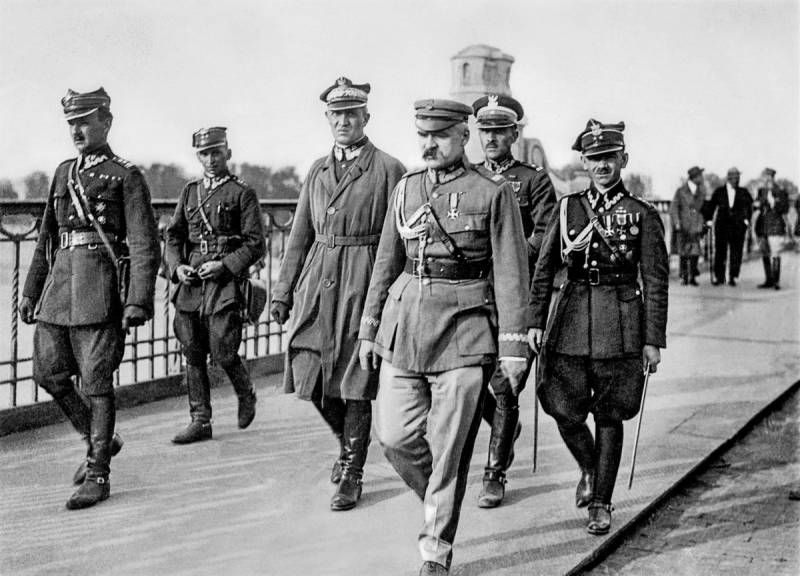 Moreover, if the first was not against the limited autonomy of the then East Polish regions (excluding, supposedly, the "originally Polish" Vilnius Territory), the second categorically rejected even propaganda allusions to the very possibility of any national autonomy in Poland within the same borders " to sections. " Both clandestine groups clearly demanded a military campaign by Warsaw to Danzig and the expropriation of all of East Prussia.

In this connection, a detailed review of the national composition of this region is not without interest: see "East Prussia", a statistical review (materials marked with chipboard), USSR People's Commissariat of Defense, 1945:
"The named regions (Danzig, Memel, Masuria, Suvalkia. - Approx. Aut.) Remained Polish until the partitions of Poland in the 1772-1793 years. When they became part of the Prussian kingdom. From this time to the 20th century, forced Germanization of the Polish and the remnants continued the Lithuanian population in East Prussia. However, the Polish and Lithuanian population were preserved there. There is no exact information about its size, since the German censuses deliberately circumvent the issue of nationality of the population and are limited only to questions about their native language and religion. "

Further - in more detail:
"The Polish population is concentrated:
a) in the north-west of East Prussia - in the areas of Marienverder, Marienburg, Sturm, Rosenberg and Elbing; it is represented here by descendants of Pomors - kashuby, whose language is a dialect of the Polish language;
b) in the south - in the Allenstein district, in the Olecko region and partly in Marienverdere, Mazury live - Poles, speaking mostly in the same Polish language as the peasants north of Warsaw;
c) in the north of East Prussia - in the region of Ermland (Warmia) there is a Polish population. "

This review also noted the presence of the Lithuanian population in the region, despite the Prussian, Kaiser and then Nazi ethnocide:

"Along the lower reaches of the Neman River - in the areas of Tilsit, Ragnit, Niederung and Heidekrug, adjacent to Germany captured by the 1939 from Lithuania in the Klaipeda region - a compact Lithuanian population has remained. The number of Lithuanians in these areas is 100 thousand people (in Klaipeda in the region - about 80 thousand). In rural areas of those regions, Lithuanians make up about 60% of the population, in cities - about 10%. "

It is also noteworthy that the East Prussian Poles, including Kashubians, and Lithuanians, "according to German statistics, the majority are Catholics, but the Mazury are mainly Lutherans." 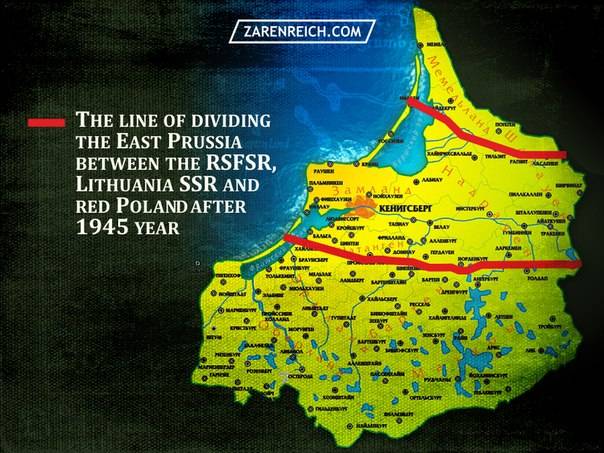 Meanwhile, even the pro-German Hungarian authorities, under various pretexts, didn’t miss two German divisions on their railways to the Hungarian-Polish (in ex-Czechoslovak Transcarpathian) and Slovak-Polish borders in early September (but the puppet neighboring Slovakia was already " crammed with "Reich troops for operations in southern Poland).

The unreliability of Hungary was briefly, but clearly recorded in the preamble of the Weiss plan (April 1939):
“In destroying Poland’s military power and resolving the Polish problem, the German side cannot count on Hungary as an unconditional ally.”

In short, the catastrophe of interwar Poland in September 1939 was largely prepared as a result of the pro-German, but essentially anti-Polish policy of its own authorities. The successors of Jozef Pilsudski turned out to be not just bad patriots, but rather - national traitors.

In any case, the already mentioned leader of the Danzig wing of the NSDAP, Albert Forster, having returned to Danzig on 10 on August 1939 after the meeting (8 on August) with the Fuhrer, said that a new meeting with him "will soon take place in German Danzig." And so it happened ...