Ukraine has lost the third military transport Il-Xnumx in Libya 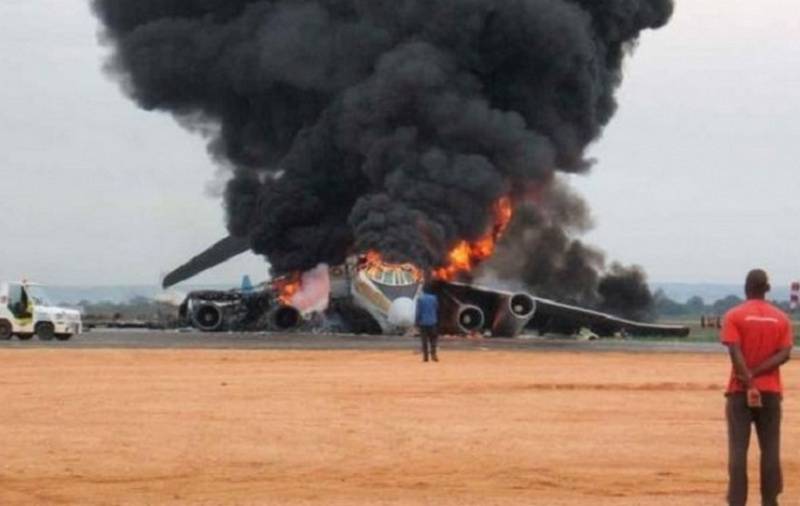 The Ukrainian military transport aircraft Il-Xnumx, landing on Tuesday morning at the Libyan city of Misrata, was destroyed by a strike from the LNA units conducting an attack on Tripoli. At the same time, Haftar’s headquarters issued a message stating that the destruction of IL-76 “will be a warning” to other states supplying weapon and ammunition to supporters of the Government of National Accord, settled in Tripoli. The report said that the destroyed Il-76 aircraft was carrying weapons.

In Kiev, the fact of the destruction of the aircraft was confirmed, however, they stated that this Il-76 transported exclusively humanitarian cargo for the mission of the International Organization of the Red Cross from Ankara to Misrata. The crew managed to evacuate, one person was slightly injured. It is alleged that the drone was hit by drones belonging to the Libyan National Army.

As a result of the attack, the tail of the aircraft was destroyed, the operator of the crew of the ship was slightly injured, and the navigator's passport documents were destroyed
- said in a statement by the Ukrainian Foreign Ministry.

Recall that this is the third military transport aircraft belonging to Ukraine, destroyed in Libya recently. Two aircraft were destroyed at Al Jufra Airport in late July during a strike by government forces of national consensus.