The “swallow” of vengeance: could Me.262 bring the Nazis victory in the war?

Chronicles of the Problem Fighter

Recently, the author came across Oleg Kaptsov’s material “Me.262 fighter jet: shame and degradation of the Luftwaffe”. The first thought was a critical review, however, looking more closely, he (the author) realized that this did not make sense: strange methods for assessing the potential and effectiveness of Me.262 are visible to the naked eye. 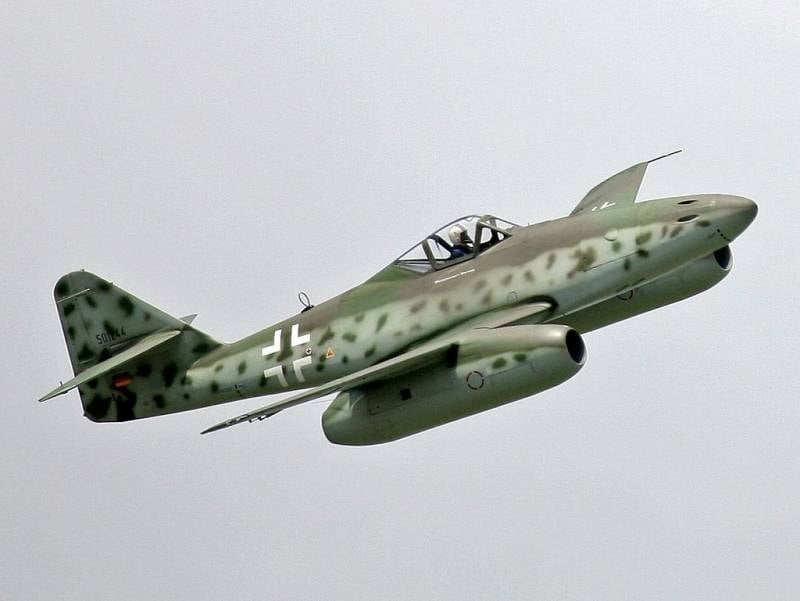 In general, the article can be considered as a very characteristic (at least in the Russian-language literature) example of the assessment of the Messerschmitt Me.262 — the first serial turbojet aircraft and the first turbojet aircraft in the world, which generally participated in hostilities.

There are two extremes here:
a) Me.262 - an incompetent "log". He did not need to be launched in a series;
b) Me.262 is a miracleweapon. He would let Hitler win if he appeared a year earlier.

It must be said right away that a comparison with the British Gloster Meteor is incorrect for many reasons, in particular, the "British" did not fight in the air against enemy combat aircraft, limiting himself to intercepting Fau missiles and reconnaissance. In a word, not a lot. Me.262 is not an example more efficient: on its account, historians believe, approximately 150 downed enemy vehicles.

And here, as noted above, propagandists of all stripes come into play. In Russian-language literature, the emphasis is traditionally placed on the "childhood illnesses" of the fighter. However, the authors modestly remain silent that they have a place in general with any modern (especially revolutionary) technology. And you also need to understand that many of the new machines of the anti-Hitler coalition had a lot of similar problems that they eliminated for years.

So, in the somewhat biased book “Falcons, washed with blood: Why did the Soviet Air Force fight worse than the Luftwaffe?” Historian Andrei Smirnov writes that the first Soviet La-7 fighters, because of the low build quality common to all La fighters, are often nothing did not differ from the much earlier La Xnumxfn. Well, the very early “Benches” were often a real curse for pilots. And one could only dream of at least approximately reaching the speed of Bf.5F / G. In general, the Messer is a very dangerous opponent. In any period of the war. Not every country participating in World War II could boast that it had created a fighter similar in quality. And overly critical assessments of Bf.109 in Russian-language literature do not color their authors.

Those who wish can also get acquainted with the problems of the British "miracle weapon" Hawker Typhoon, which, to put it mildly, was not at all what was originally planned. And only in the form of Hawker Tempest became a truly formidable fighting vehicle. Such examples can be cited endlessly, but does it mean that Me.262 is a real weapon of victory? Not at all. 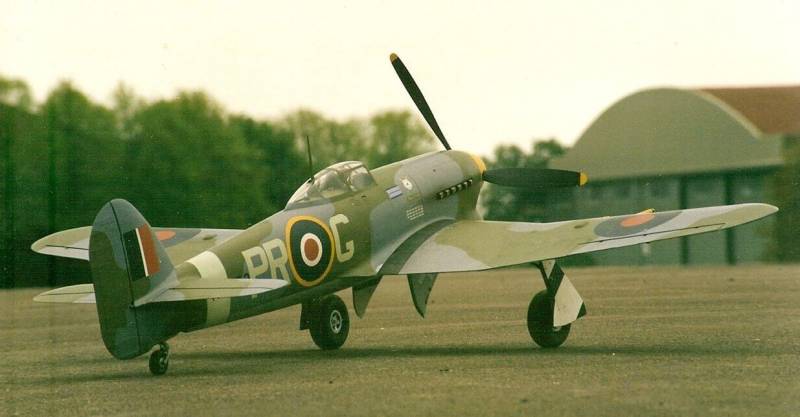 Me.262: A Breakthrough to Nowhere


It's all the more strange to hear the arguments of some Schwalbe fans. Just make a reservation that we will not consider the shock version of the aircraft - Me.262 with the possibility of suspension of two 250-kilogram bombs, carrying not four MK 108 guns, but two. Perform horizontal bombing at a speed of, say, 700 kilometers per hour, without any sighting devices, and hit the target is an almost impossible task. Something, of course, succeeded, but Me.262A-2 was certainly not the best weapon of victory, but the fruit of Hitler's escapism, to which the Führer was too much exposed in the last years of the war.

If Me.262 played its role in the war, it was precisely as an interceptor. Terrifying bomber pilots aviation Britain and the USA. Contrary to the opinion of some authors, the weaponry of the 262nd was one of the best in World War II, which Roman Skomorokhov rightly notes in his material “On the displacement of the Me-262 fighter”.

Indeed, the Messerschmitt Me.262A-1 Schwalbe had four 30-mm MK 108 guns, even one shell of which could send a heavy bomber to the other world. For comparison, the 20-mm German MG 151 cannon sometimes required 20-30 hits to bring down a B-17 or B-24. It is significant that even the best Soviet and American fighters had several times weaker weapons than Me.262. 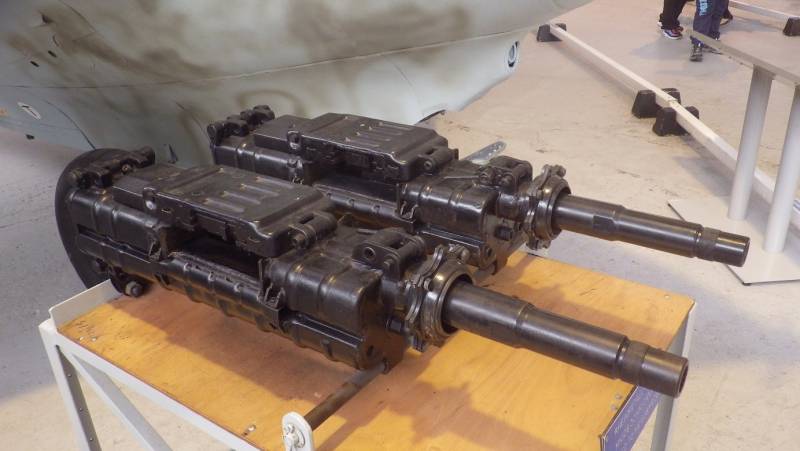 For example, the Yak-3 was armed with only one 20-mm ShVAK gun and two 12,7-mm UBS machine guns. Frankly, such weapons at 1944 year did not stand up to criticism. However, the Messer without additional outboard weapons, which sharply reduced the characteristics of the machine, was not much better in terms of firepower. He, like Soviet cars, quickly became obsolete in the 1944 year, despite all its original advantages.

Separately, it is worth mentioning the “unsatisfactory ballistics” of the MK 108. Critics of this gun should read the memoirs of aces of the Second World War, who preferred to hit the enemy from a minimum distance, when the "spherical maximum range in a vacuum" played almost no role. In general, by cannon fire a remote air target by default is very, very difficult. It is better to approach the enemy as close as possible.

Finally, we came to the most important point: could the Messerschmitt Me.262 interceptor be the key that would help Hitler open the door leading to victory? The obvious answer to this is no. Even if 262 had appeared a year earlier, this would not have been able to prevent the raids on Germany, the Red Army and the total deficit in the Reich. It is worth saying that Germany already managed to build one and a half thousand Me.262 and if these machines were really “wunderwaffes”, they would invariably show themselves as the Nazis had originally planned: that is, they would have written a lot more than a hundred -other enemy vehicles. In practice, the plane was about the same problem: both for the Allies and for the Germans. It would take a lot more time to bring it to mind than what the Reich generally had. And completely different conditions under which, say, there would be no problem of constant raids and the associated delays in the supply of spare parts.

However, time would not have saved the Reich anyway. Gradually decrepit in the second half of the war, Germany was unable to produce aircraft at the level of the Anti-Hitler coalition by definition. And to provide them with everything necessary: ​​fuel, ammunition, etc. And, most importantly, trained pilots. Suffice it to say that the United States during the war years produced 18 thousand (!) Four-engine heavy bombers Consolidated B-24 Liberator. B-17 released in the amount of 12 thousand units, and the British Avro Lancaster was released in a series of 7,3 thousand copies.

But what about German industry? The German Heinkel He 177 bomber, which during the whole war was fired by a batch of 1000 planes and which could not be brought to mind, can be called a conditional analogue of these machines. Even if we look only at the fighter planes that are more relevant for Germany in the second half of the war, we will see that the Third Reich had critically few pilots and aircraft to fight the strongest world powers of its time. Yes, and on two fronts, the conditions of the air war in which are completely different: high-altitude battles - on the Western front, battles at low and medium heights - at the Eastern Theater of Operations. 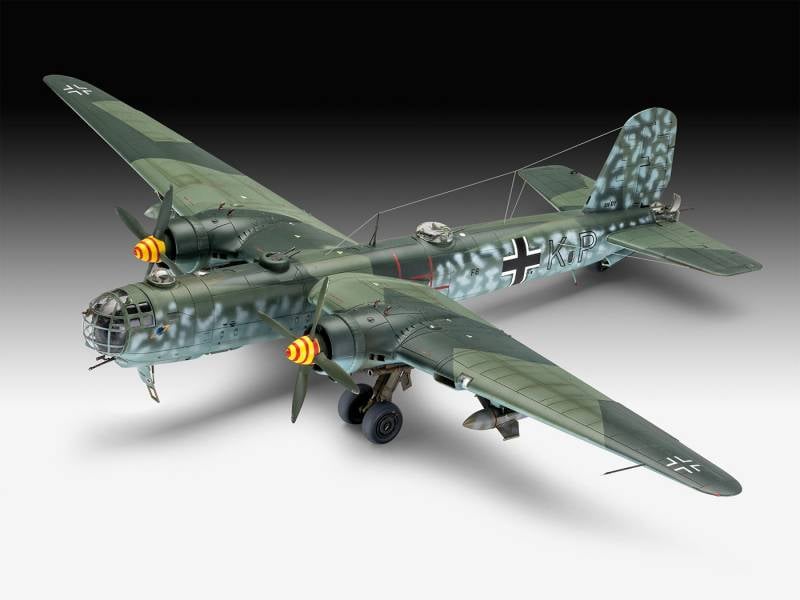 From this point of view, the discussion of the “dry” characteristics of Me.262 loses all meaning. Having very high flight performance and the most powerful weapons for its time, Me.262 would never have become a “miracle weapon” that could bring victory. After all, victory in any war is a complex of technologies, methods and capabilities. Those that the Reich after Stalingrad and Kursk no longer possessed.

We are in Yandex Zen
The danger of "freezing" the project "straight-through" missiles RVV-AE-PD in favor of the traditional "Products 170-1"
An-12 in Afghanistan
184 comments
Information
Dear reader, to leave comments on the publication, you must to register.