INF Treaty. It’s more profitable for Russia than for the USA

On August 2, the INF Treaty officially ceased to operate. Both parties that concluded the agreement in December 1987 of the year reacted without particular regret to this event. Both sides have plenty of reasons for this. 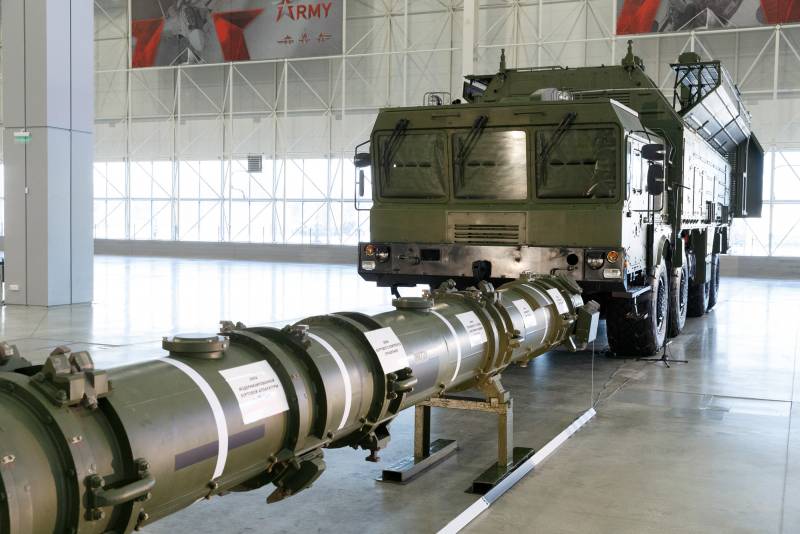 The Treaty on the Elimination of Intermediate and Shorter-Range Missiles (INF Treaty) is an agreement between the USSR and the USA, signed by Gorbachev and Reagan on December 8 1987 of the year during the Soviet-American summit in Washington. The Agreement entered into force on June 1 1988 of the year. First time in stories a whole class of nuclear missile weapons was eliminated: all complexes of ground-based ballistic and cruise missiles of medium (from 1000 to 5500 km) and shorter (from 500 to 1 000 km) ranges. The parties pledged not to produce, test, or deploy such missiles in the future. According to the terms of the contract, the following were subject to destruction: medium-range missiles - Soviet RSD-10, P-12, P-14 (NATO classified SS-20, SS-4 and SS-5, respectively) and ground-based cruise missiles RK-55 (according to NATO Classifications - SSC-X-4 Slingshot); American Pershing-2 and BGM-109G (ground-based Tomahawk cruise missile); shorter-range missiles: Soviet OTP-22, OTP-23, (SS-12М and SS-23); American "Pershing-1A." By June 1991, the treaty was completed: the USSR destroyed 1846 missiles (of which about half were reserve missiles that were not on combat duty), the United States destroyed 846 missiles.

A formal reason for the United States to denounce the treaty was a violation of the terms of the treaty by Russia. “Culprit of the celebration” was the KR 9М729 (SSC-X-8). Allegedly, the missile passed tests at a distance exceeding 500 km, which is a formal violation of the terms of the contract. Of course, this is an outright lie, the test rocket never flew further than 480 km. But, to be honest, you can understand their concerns. КР 9М729 is longer than 9М728 by 530 mm. It is clear that the 1000 kilogram high-explosive fragmentation warhead equipped with the 9M729 is larger than the 500 kilogram 9M728. And even if the Russians are telling the truth that they are prevented from installing a lighter warhead on a “long missile” and occupying the freed up volumes with additional fuel tanks? .. Now that we have our hands untied, this is exactly what should be done, a technologically very simple task. Probably, this is exactly what will happen the implementation of the presidential order “On the landing of the Caliber.”

During an hour of flight in cruise mode, the rocket consumes about 280 kg of fuel, most likely it is equipped with the D-95TM-300 DTRD with 360 kg thrust or its variants, or the TRDD-50BE, created on the basis of the TRDD-50 family. The specific fuel consumption of the engines is approximately equal, within 0,685 — 0,710 kg / kgf per hour of flight. During this time, the rocket will fly 850-880 km. It is easy to conclude: 500 kg of additional fuel will add an aerodynamic range of 1500-1700 km to the rocket. With the replacement of the conventional warhead with a nuclear warhead, with the rational use of the released internal volumes of the rocket, it is possible to place up to 360 kilograms of additional fuel, which will give an additional range of 1000 km more.

Soviet nuclear warheads can easily be withdrawn from storage, mothballed, and mounted on new missiles. The assortment is rich. First of all, these are almost “native” TCs 66-02 with a capacity of 200 kilotons. They were installed not only on the 3M10 Grenades, but also on the X-55 air-based KR and 3M12 Terrain-based KR, more commonly known as RC-55. An improved model of the 66-05 TC increased to 250 kilotons of power was installed only on X-55СМ missiles. Both warheads have the same weight - 140 kilograms. Another “candidate” is the lighter 90-kilogram TK-60 of low power (10 ct), specially designed for the 3M55 Onyx RCC. It is possible to use modern RAMs, they are more powerful (250-500 ct) and weigh less.

Both missiles, 9М728 and 9М729, are placed on the universal wheeled SPU 9П78-1 on the MZKT-79305 chassis in 2 or 4. The installation is completely identical to the basic control system of the OTR Iskander-M complex. The Russian armed forces deployed 12 full-blooded missile brigades of the Iskander-M and Iskander-K complexes. The brigade includes three missile battalions for 2 batteries for the 2 complex (PU) in each. Total 288 missiles: ballistic 9М723 and cruise 9М728, 9М729.

32 years ago, the INF Treaty took away from the army striking weapons of operational depth (from 500 to 1000 km) - the 9K76 Temp-S missile system. The absence of these medium-range and medium-range assets is partially offset by the assault and bomber aviation. But everyone perfectly understood that this was not an equivalent substitute.

Initially, the design of the American Pershing-2 infantry missile system provided for the possibility of launching at shorter ranges, missile launch was possible in a shortened configuration, without one of the stages: the Pershing 1B variant, only the first stage with a starting weight of 5480 kg, thrust 172,00 kN, 800 range km; Pershing 1C variant, only the second stage, with a starting mass of 3950 kg, thrust 122,00 kN, range 500 km. The most famous shot of the Pershing-2 BRDS, walking on the Internet and on the pages of many print media, actually portrays the Pershing 1B, an attentive viewer will definitely notice this.

The need for the BRDS is obvious, you need to "land and" Dagger ". It is clear that the use of the obsolete 3-fly interceptor as the first stage of the ersatz-BRDS is a necessary measure. It's time to start creating a full-fledged BMD based on the Iskander by adding a second stage from the same 9X820 engine as in the single-stage version. The benefit of his traction is enough in excess - 175,00 kN. Despite the fact that the rocket will recover up to 7500-7600 kg and will become longer up to 11 meters. The missile will receive at the end of the active section the same 4000 m / s, as in the case of a launch with the MiG-31, necessary to achieve a range of 2000 km.

We are in Yandex Zen
Once again about medium-range missiles
List of destroyed the largest and most high-tech enterprises
97 comments
Information
Dear reader, to leave comments on the publication, you must to register.