August 8 2019
34
Unprecedented forest fires and, at the same time, floods that swept Siberia this summer, as well as protests organized by the opposition in Moscow, have become the main topics in recent days that are actively discussed by the Russian media. 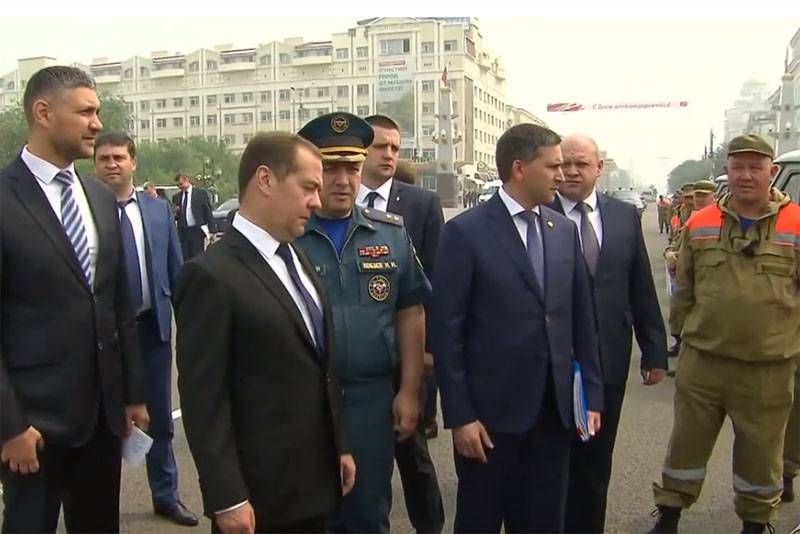 But while some watched the fires extinguished in Siberia and the protests in Moscow, others found reason to rejoice at the actions of the authorities to strengthen sovereignty. On the channel "Time - Go!" a story appeared in which it says that in the country in the legislative sphere there have been changes regarding the strengthening of state sovereignty, which for some unknown reason, the Russian federal television channels simply ignored. Most likely, the authors of the channel note, they preferred to join that unprecedented hype caused by Siberian forest fires, and which could not fail to attract public attention.

The project “Time Forward!” Decided to fill this gap in the information agenda and talk about a number of “high-profile initiatives” by the authorities to strengthen state sovereignty.

So, for example, practically nothing was reported in the media about the signing by Prime Minister Dmitry Medvedev of a resolution that relates to the information security sector and which should fill a serious gap in the national security of Russia. We are talking about the transfer to Russia of servers that store the personal data of passengers who have ever booked airline tickets for domestic flights. Few people know that all information about domestic Russian flights is posted on servers belonging mainly to American and European companies.

What other significant initiatives of the authorities went unnoticed? Watch the video.