August 6 2019
52
The exploits of our contemporaries, heroes of the Afghan, Chechen and other wars of the late twentieth century make no less impression than the heroism of those who went through the Great Patriotic War. 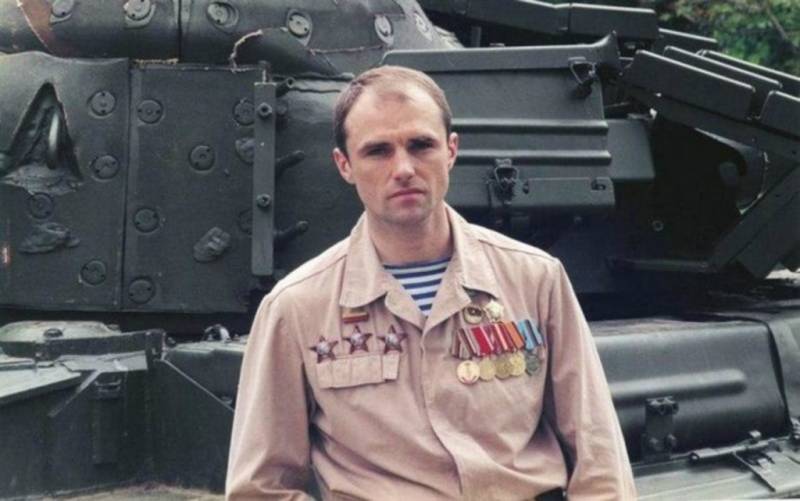 The battle for Birkot fortress

Kunar Province is located in eastern Afghanistan and extends onto the Afghan-Pakistani border. The bulk of the provincial population are Pashtuns. During the Afghan war, the situation in the Kunar province was very tense: the proximity of the Pakistan border provided vigorous activity on the territory of Kunar of mujahideen formations.

The recognized spiritual and political leader of the Afghan opposition who fought in Kunar and neighboring provinces was Mohammad Yunus Khales (1919-2006). Coming from the Pashtun Hugyan tribe, Khales received a spiritual education and enjoyed great authority among the Pashtun population of several eastern provinces of Afghanistan. In 1973, he relocated to Pakistan, where he first joined the Islamic Party of Gulbuddin Hekmatyar, and then created his own Islamic Party of Afghanistan.

In the mid-1980's, American and Pakistani special services, realizing that the provinces on the border with Pakistan were least controlled by the central authorities of Afghanistan and the Soviet troops who came to the aid of the DRA, hatched a plan to create an "independent state" in the bordering Pashtun regions. Its center was to become the settlement of Birkot.

With the support of Pakistan, Afghan mujahideen were about to suddenly attack Birkot and take over this village, turning it into the epicenter of the creation of a new "state." The militants were trained to master Birkot by the Pakistani military and instructors from the U.S. Central Intelligence Agency. They hoped that the DRA border regiment stationed in Birkot would not be able to provide serious resistance to the Mujahideen, and the forces of Soviet military advisers and specialists would not be enough to organize resistance to the surprise attack.

In the capital of Kunar province, the small city of Asadabad, the 334th Special Purpose Unit of the Main Intelligence Directorate of the General Staff of the USSR Armed Forces was deployed. In OKSVA he was called the "Asadabad rangers", and officially - the 5 m battalion, for disguise. It was the most belligerent warhead, to which, in fact, the combat situation in the Kunar province obliged. 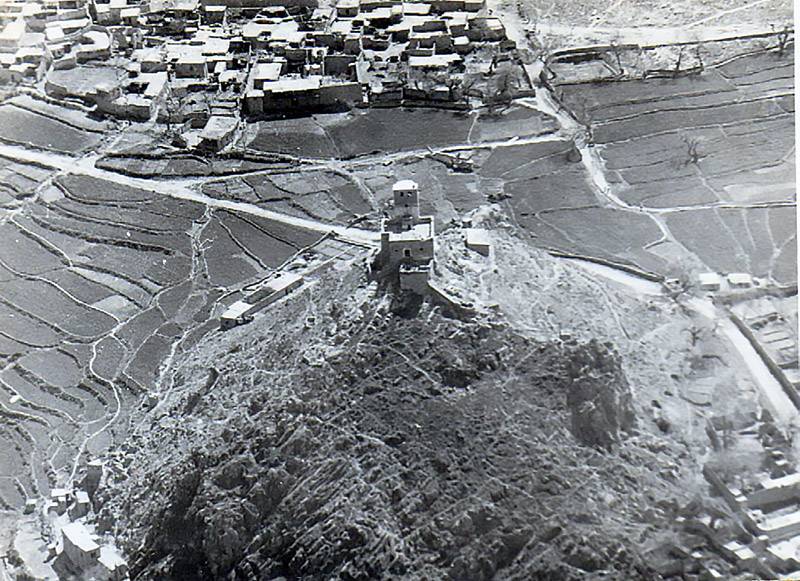 25 DECEMBER 1986 Three scouts from the detachment disguised as Afghan refugees were transferred by helicopter to Birkot. They had to study the current situation, find out the time of movement of caravans from Pakistan and organize several attacks on caravans. But the task did not work out - on the night of 27 on 28 of December 1986, the Mujahideen attacked the positions of the border regiment of the DRA army. Within a few hours, the militants managed to put almost completely two border battalions, the third battalion was on the verge of defeat.

And then three Soviet intelligence agents, led by a lieutenant from the GRU special forces detachment, came into action. They were able to restore the fighting spirit of the Afghan border guards, mined the approaches to the fortress, and started shooting the militants who were approaching it.

Meanwhile, the battles in Birkot became known to the higher command. Army General Valentin Varennikov, the head of the Management Group of the USSR Ministry of Defense in Afghanistan, flew to Kunar. The commander of the 15-th separate special brigade, Colonel Yuri Timofeevich Starov, whose subordinates were scouts from the 334-th detachment, reported on the situation in the fortress Birkot. Varennikov got in touch with the fortress by radio.

- You can’t leave the city. We have sets of mines "Hunt-2", a lot of ammunition, dry rations. Hold on if you send reinforcements, ”said the lieutenant commander of the scouts.

The Mujahideen tried to take Birkot for a whole week, but in the end they could not cope with his defenders. Having lost 600 people killed and wounded, militant units were forced to retreat to Pakistan. 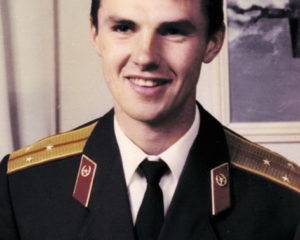 The lieutenant who led the defense of Birkot was Oleg Alekseevich Yakut. He was only 22 years old. Oleg, a simple Belarusian guy, was born in the 1964 year, and in the 1980 year, after the outbreak of the war in Afghanistan, he entered the Moscow Higher Combined Arms Command School. Even then, the guy dreamed of fighting in Afghanistan. As soon as he graduated from college in 1985, he was assigned to the GRU’s 334 Special Forces.

Already in the first months of service, yesterday's “Kremlin cadet” proved himself to be an excellent commander, a brave and courageous warrior who not only fought bravely, but also the shore of people, was able to brilliantly perform the most difficult tasks. And the tasks were almost all difficult.

It was from Chirchik that the commandos were brought to Afghanistan - to Assadabad, to the aid of the 66 separate motorized rifle brigade. So the Soviet special forces were in the east of this mountainous country. In fact, Assadabad was also the easternmost point of deployment of Soviet troops in Afghanistan. Moreover, the commandos were responsible for the impressive territory from Barikot to the Assadabad-Jalalabad road.

The situation in Kunar province was very tense. Here, Soviet troops were in a very dangerous position, since the territory of Pakistan began over the Kunar River, where Mujahideen training camps were located near 150. In fact, the militants possessed almost endless human resources, which were being prepared across the river.

Caravan trails also passed here, along which Pakistan was transported from Afghanistan to Afghanistan. weapon and ammunition, there were new trained militants to replenish mujahideen troops. Naturally, the 334 special forces unit had to regularly conduct raids against caravans, capture "languages" that could tell about the plans of the Mujahideen. 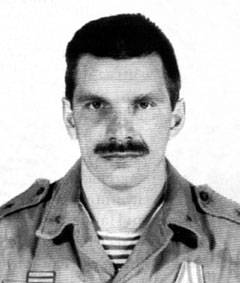 He commanded the 334th Special Forces detachment at the time when Oleg Yakut, Major Grigory Vasilievich Bykov (call sign “Cobra”, the Afghans called him “Grisha Kunarsky”, served in it. Bykov was able to maintain the highest level of combat training and discipline in the detachment, so the unit was unique in its kind, brilliantly fulfilling its tasks. Pakistani officers and CIA instructors who trained the Mujahideen were heard of the 334 squad. It was they who called the Soviet special forces "Asadabad rangers."

On December 3 of 1985 of the year, near the height of 1.300, a group of Yakut commandos entered into battle with the Mujahideen, having come to the aid of the scouts who were ambushed. Despite the current dangerous situation, the officer did not think for a second with his people - they got involved in the battle, protecting colleagues.

Lieutenant Yakuta received two bullet wounds, in the arm and knee. But even after being wounded, he continued to command subordinates. As a result, the Mujahideen were forced to retreat. Under the enemy’s fire, commandos evacuated the dead and wounded from the height of the body. Oleg Yakut received the Order of the Red Star.

In January 1986, Oleg Yakut was appointed commander of a special group for the capture of prisoners, which was tasked with capturing the Mujahideen and commanders of the formations. And soon he received his second Red Star. Then Oleg Yakuta with his subordinates was able to break the guards of a prominent field commander, and capture the leader of the dushmans. 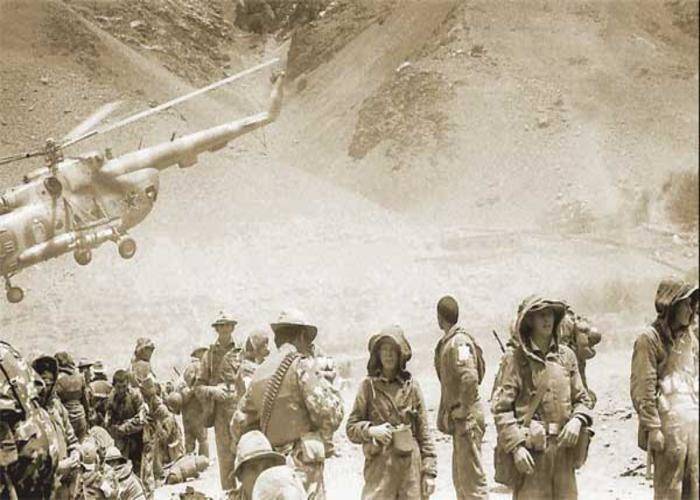 In total, during the 1985-1987 years, Oleg Yakuta managed to personally capture the leaders of the gangs operating in East Afghanistan in 20. For this he received the third order of the Red Star.

When it was decided to drop the Soviet intelligence into Birkot, it is not surprising that the choice fell on Oleg Yakuta - as one of the best officers of the special forces. And with his actions, with his wholehearted courage and true ingenuity, the commandos fully met the expectations of the command.

Hero Yakut was never given

The feat of Lieutenant Oleg Yakuta in Birkot, where the young Soviet officer actually headed the fortress defense, although there were also officers older in rank and age, it was necessary to note a high award. Army General Valentin Varennikov, amazed by the courage of the lieutenant, was confident that Oleg Yakut would be given the title Hero of the Soviet Union. So he said to the young officer - if, they say, a hole for the Golden Star.

Varennikov ordered that Oleg Yakut be introduced to the rank of Hero of the Soviet Union, but the young officer was never given the Golden Star. A year later, from the headquarters of the Turkestan military district, they replied with a resolution: “A lieutenant (!) Is alive, there cannot be a Hero ...” The commander of the 15th brigade, Colonel Starov, was told that there would be enough awards from Yakuta - he already has three orders of the Red Star.

In 1987, Oleg Yakut returned from Afghanistan. It would seem that a heroic warring 23-year-old officer opened a direct path for a brilliant military career. He entered the Military Academy. M.V. Frunze, successfully graduated from it. But then the Soviet Union collapsed, many servicemen were not able to adapt to the changing conditions of service. Among them was Oleg Yakut. He, who had passed Afghanistan, three times a cavalier of the Order of the Red Star, had to face the most common problems - bureaucracy, misunderstanding on the part of higher commanders. In 1992, Captain Oleg Yakuta left the reserve as deputy battalion commander.

Grigory Bykov, who commanded the 334th Special Forces detachment, fought in Yugoslavia after Afghanistan, and commanded a volunteer battalion. But, like many military men, he remained out of work in the 1990 years. And in 1995, a tragedy happened - a military officer, who was not even forty, committed suicide. 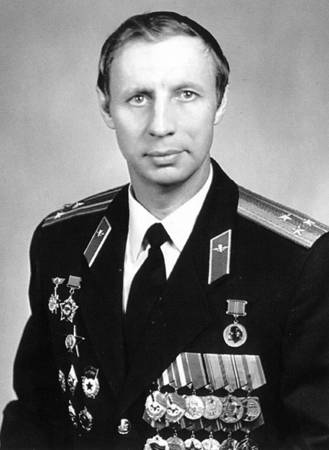 Colonel Yuri Timofeevich Starov (pictured) in the 1992 year went into reserve, then resigned and since then has been actively involved in social activities in veteran organizations.

Army General Valentin Varennikov more than twenty years after Oleg Yakuta’s feat in Birkot, already in March 2008 of the year, wrote a letter to the then President of Russia Dmitry Anatolyevich Medvedev with a request to restore justice and assign the title of Hero of the Russian Federation to Oleg Yakuta for courage and heroism shown on special missions in the Democratic Republic of Afghanistan.

At the same time, Varennikov emphasized in the letter that he was well aware of the feat accomplished by the officer, since at that time he personally supervised the actions of the Soviet troops in Afghanistan. But the letter of the honored military leader remained unanswered. And on May 6, on November 2009, retired army general Valentin Ivanovich Varennikov also died.