August 5 2019
47
Japan has expressed to Russia another protest against the islands of the Kuril ridge. At this time, Tokyo is not satisfied with the conduct of military exercises in the area of ​​Kunashir Island. This was stated by Secretary General of the Cabinet of Ministers of Japan Yoshihide Suga. 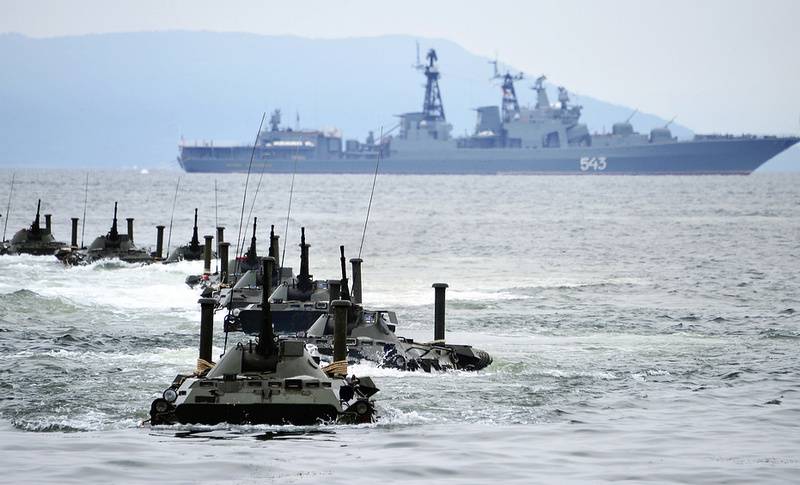 Japan, through diplomatic channels, sent a protest to Russia because of the conduct of military exercises in the area of ​​Kunashir Island, which "is included in the Japanese northern territories." Tokyo is currently collecting information regarding the maneuvers of the Russian armed forces in the area, said the Japanese government.

The buildup of the Russian military presence in the northern territories does not correspond to our position and is unacceptable. We sent a protest to the Russian side
- stressed Yoshihide Suga.

Japan has repeatedly protested Russia in connection with military exercises on the territory of the Kuril Islands, which in Tokyo consider their "Northern Territories". Moscow considers Tokyo’s claims counterproductive, hindering the conclusion of a peace treaty between the countries. The Russian Foreign Ministry, in response to Japanese concerns, said earlier that the Russian army has the right to conduct any exercises on its territory. Training shots, because of which Tokyo is protesting, will take place near Kunashir Island from 5 to 19 in August.

Recall that Japan claims to the four islands of the Kuril ridge and puts their return as the main condition for the conclusion of a peace treaty with Russia. At the same time, Moscow has repeatedly stated that Russian sovereignty over the islands is absolutely legal and Russia does not intend to transfer any territories to anyone.