Will there be tanks on wheels in the Russian army?

July 5 2012
80
The Ministry of Defense of Russia intends to increase the maneuverability of the delivery of military equipment on wheels to the medium brigades of the Russian army. This is the prospect of replacing a tracked platform with tanksand other types of weapons were discussed the day before at a meeting of the special commission under the Russian government, headed by Deputy Prime Minister Dmitry Rogozin. This intention became known from a source in the defense industry complex. Despite the fact that work on the production of the Kurganets tracked platform is not being phased out, the issue of its use in the troops remains open, the Izvestia newspaper reports.

It was the head of the General Staff Nikolai Maiorov who proposed the production of military equipment for medium-sized army brigades on wheels. The military department has also previously announced that it plans to form an 3 type of ground brigade in the near future: heavy brigades, medium and light. In accordance with the concept announced by Makarov at a meeting of a special commission, the installation of weapons intended for heavy brigades will be carried out on the Armata tracked platform. So far there is no data on whether other types of weapons will be installed on this platform, except for self-propelled artillery installations and tanks.

It was proposed to equip middle brigades with Makarov to equip military vehicles on wheels. As the main option, the Mustang chassis (manufactured by KamAZ) is being considered, but there are plans to create a Boomerang wheeled platform and several new chassis based on the Bryansk Automobile Plant. The military department plans to put artillery pieces, tanks, air defense systems, electronic warfare, grenade launchers and flamethrowers onto the wheels. As a platform, the KamAZ plant proposes a new six-axle typhoon. 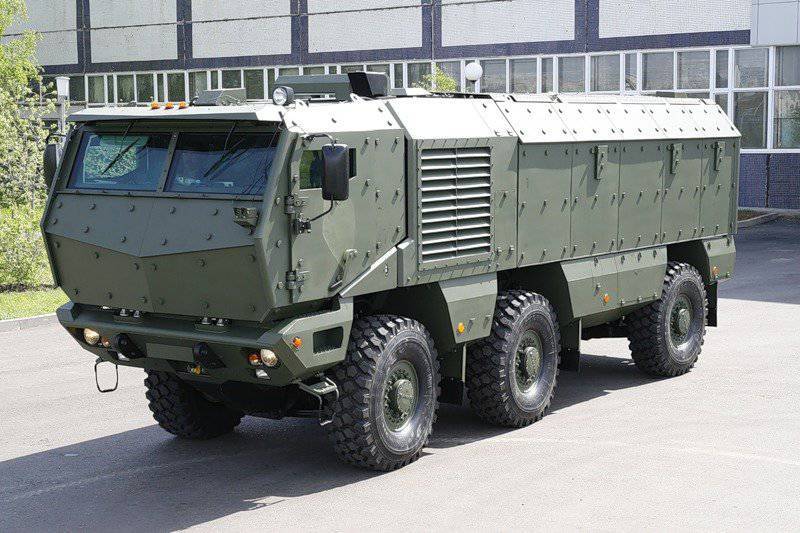 As General Makarov said, anti-tank and small arms are planned for light brigades, which will be installed on the Boomerang, Lynx and Tiger platforms. A source in the military-industrial complex noted that the weapons systems themselves in all 3 types of brigades will be almost the same, the equipment will be distinguished only by the level of reservation. 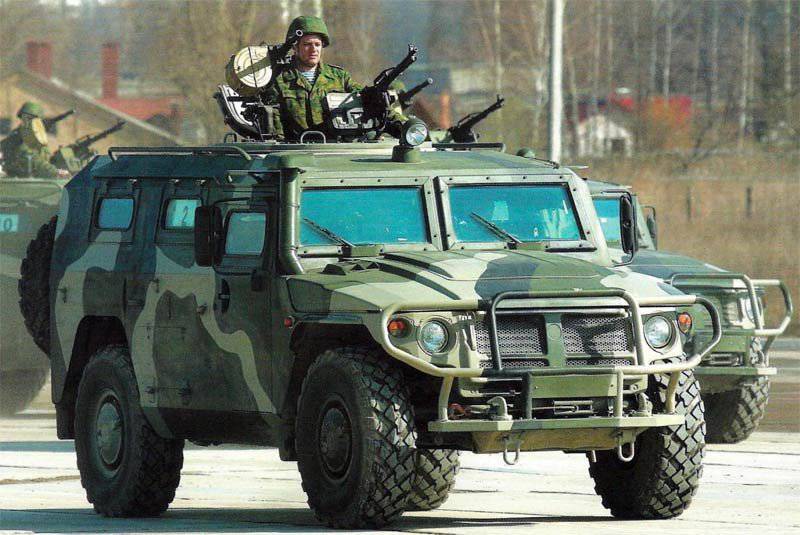 The main argument in favor of equipping medium brigades with wheeled vehicles is its high speed, which is 3 times the speed of weapons on a tracked platform. However, according to tank expert Viktor Murakhovsky, vehicles on a wheeled platform will be very vulnerable to enemy fire. After all, tank armor, impressive in its mass, which opposes shells, cannot be put on a wheeled platform.

Recall that some time ago there were reports that it was planned to work out an armored car on wheels for our army together with the French defenders. This was stated at the end of last month by Igor Sevastyanov, deputy general director of Rosoboronexport, during an international forum in Zhukovsky near Moscow. According to Sevastyanov, the French side came up with a proposal for the design of a new Russian-French armored personnel carrier. The base for such weapons has not yet been chosen. 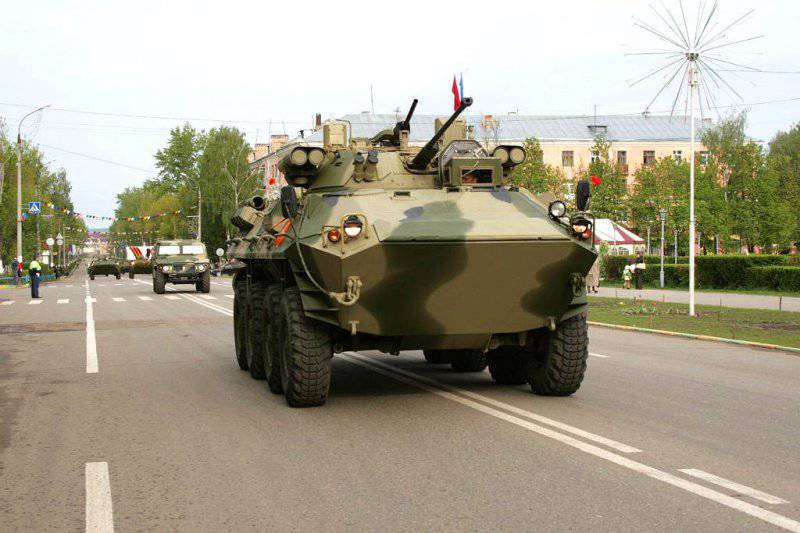 The BTR-90 with the Berezhok armament complex heads a convoy of military equipment at an improvised parade in the city of Arzamas, 9 May 2008 of the year

French defense at the exhibition "Oboronexpo-2012", which was held in the framework of the international forum in Zhukovsky, while the model of an armored car VBCI, in which provide a body made of aluminum alloy and modular armor, provided ballistic protection. Military experts expressed doubts about the fact that during the tests the French car could outperform the Russian-made BTR-90. However, the domestic sample was rejected. As indicated by the military, the reason for this decision is the location of the engine compartment in the rear of the car, which is contrary to the world practice of designing armored cars.