August 6 2019
27
On 6 of August 1851 of the year, Emperor Nicholas I signed an order on the formation of the first parts of the future Railway Troops in our country. 17 military workers, conductors and telegraph companies with a total number of more than 4300 people were supposed to service and guard the facilities of the St. Petersburg – Moscow Railway. The date of publication of this order is now celebrated as the founding day of the Russian Railway Troops. 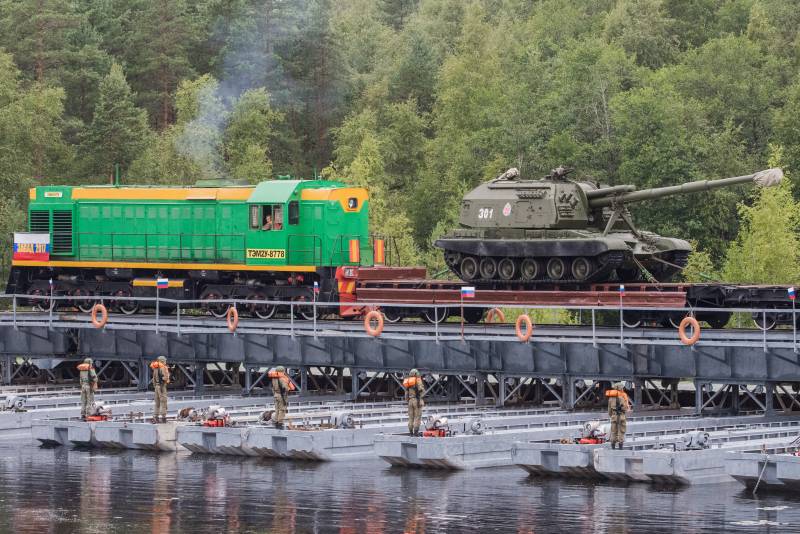 Railway troops were engaged in construction, maintenance and transportation in peacetime and during wars. They provided transportation and supply of troops during all conflicts of the second half of the XIX century. Parts also made a significant contribution to the development of the country's railway infrastructure as a whole.

During the First World War, the railway troops had to work on all fronts and in the rear. During the war, they built over 4300 km of tracks and rebuilt over 4600 km of tracks. Thousands of kilometers of telephone and telegraph lines of railways were created or restored. The hard work of the Railway Troops continued during the Civil War, when restoration and construction of all necessary facilities was required.

In the twenties, the Red Army railway workers were actively preparing for new construction. In addition, they again had to provide the combat operations of the Red Army. It was the efforts and labor exploits of the Railway Troops that ensured the success of the Red Army in clashes in the Far East.

The Great Patriotic War posed particularly difficult tasks, but the railway and the People's Commissariat of Railways coped with them. Tens of thousands of kilometers of roads and communication lines were built and restored, the necessary infrastructure was created and repaired in the form of stations, supply points, etc. After the war, work did not stop - it was necessary to restore the lost and build a new one. The period of labor achievements continued.

The railway troops continued to improve the military and civilian infrastructure, while also modernizing their own units. They have been involved in all major construction projects of recent decades.

After the collapse of the USSR, transformations were carried out during which the railway troops ceased to be a branch of the armed forces and became a federal service. Later this was abandoned, and the railway troops returned to the army. Currently, the Armed Forces have four territorial commands of the Railway Forces, which manage several brigades of constant readiness.

All these units are ready to immediately advance to the specified area and proceed with the necessary work. They are able to carry out the construction and repair of tracks, build bridges and crossings, as well as organize the protection of infrastructure against enemy attacks.

Units and units of railway troops regularly participate in military exercises, and are also involved in the construction of railways. They contribute to the combat effectiveness of the armed forces and also help the development of civilian infrastructure and the economy as a whole.