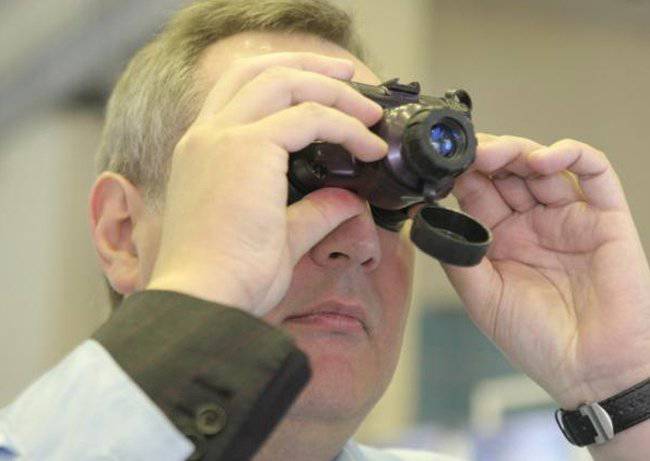 On Thursday, Deputy Prime Minister Dmitry Rogozin spoke at the II International Forum "Engineering Technologies - 2012" in Zhukovsky. His main message was the idea of ​​the need to eliminate monopolism in the field of the military-industrial complex (MIC). Speaking in Zhukovsky, Dmitry Rogozin said that Russia had begun to manufacture domestic matrices for thermal imagers and was experiencing an unprecedented demand for air defense systems.


“Today I was informed that we are switching to the production of our own matrix in the production of thermal imagers. We will do more complex designs. This is something that no one will ever sell to us, ”said the Deputy Prime Minister, quoted by Interfax.

"You know that we have no end to the proposals for the purchase of our air defense systems, the most diverse, and close and long-range battle," - said Rogozin, speaking of the best-selling Russian technology abroad.

In addition, Dmitry Rogozin said that the Russian military-industrial complex is successfully advancing in the creation of new armored vehicles, as well as in areas in which domestic products traditionally lagged behind, for example, optics. Import substitution has already been launched in these areas, he said.

Speaking about the possibility of buying modern technologies abroad, the Deputy Prime Minister said that “if someone thinks that they can sell us modern technology, either they are simply naive or stupid”.


In addition, Rogozin said that Russia in the development of the military-industrial complex should rely on hypersonic technology and the creation of artificial intelligence. “Such tasks should be, for example, the task of creating hypersonic technologies. I hope that in the near future we will really concentrate our efforts on this direction and create a scientific and technical reserve that will allow us to achieve such a breakthrough, ”he said. “We think a lot about new materials, we think about intellect, which should replace manned equipment, be it land, air or sea,” added the Deputy Prime Minister.

According to him, the Russian defense industry must set itself ambitious and promising tasks, which even in the expert community may initially seem fantastic: “We must set ourselves such tasks and not be shy about implementing them,” said Dmitry Rogozin.

Commenting on the statements of the Deputy Prime Minister, Director of the World Trade Analysis Center weapons Igor Korotchenko told the newspaper VIEW that, as practice shows, in the production of arrays for thermal imagers in Russia, it is worth going by borrowing technology from the French. “France is today our closest partner in military-technical cooperation. We are implementing a number of key French developments in the framework of joint ventures. Moreover, it is very important that these are the developments of the national defense complex of France, and the Americans here cannot impose export restrictions on them. In this case, we can agree on technology transfer, including in the field of optoelectronics, implementation already on the basis of Russian factories. Obviously, Rogozin talked about getting promising Western technologies, ”Korotchenko explained.

The expert noted that with regard to the development of hypersonic technology, this is a really important area, but very expensive.

“This is an important direction, especially considering that in the USA and other Western countries, technologies for creating hypersonic impact aircraft and weapons are actively developing. In Russia, there is a corresponding backlog of tactical missile corporations to create promising tactical class missile systems based on hypersonic technology. Hypersound is a promising direction, but costly in terms of investment. Therefore, only with state support and appropriate funding can one develop the designated direction, ”Korotchenko warned, adding that the implementation of hypersound technology pulls along a number of related issues (materials science, the creation of highly durable coatings — metal with new properties).

During his speech at the International Forum, Dmitry Rogozin noted that he was in favor of integrating private business into the defense industry in order to eliminate monopolism. “The monopolist must be killed as a class, shot by economic methods,” he said resolutely.

According to Rogozin, on June 29, the government will host a meeting of the military-industrial commission, at which the Council for Public-Private Partnership will be formed. “Its Minister for Relations with the Open Government, Mikhail Abyzov, will be headed by a new member of the military-industrial commission. We will include representatives of private business in this council who will have access to defense technologies and the defense industry in the part that our specificity and confidentiality allows, ”Rogozin promised.

The Deputy Prime Minister explained that the deep integration of private business in the defense industry is directed against monopolism in this industry. “I think that after a while, by the end of the year, a new machine of economic resistance to monopolism will work,” he added.

Rogozin also said that Russian President Vladimir Putin will soon hold a series of meetings on the implementation of the state defense order. “They will take place in the coming days,” the Deputy Prime Minister announced.

According to Dmitry Rogozin, the Russian president decided to hold a series of meetings on the execution of state defense orders, similar to the one that recently took place in Krasnodar on the purchase of military equipment for the Air Force. “Now we are preparing similar meetings in other areas,” he noted.

“In Russia, a number of defense industries, which simply have no analogues, so their monopoly is objectively inevitable. For example, the development and production of strategic solid-propellant ballistic missiles. This is done only by the Moscow Institute of Heat Engineering, and the only site where such missiles are made is the Votkinsk plant in Udmurtia. The same applies to nuclear submarines. Sevmash is the only enterprise for their production. Therefore, with all we wish, we can not repurpose and develop competition. In addition, in some cases the existence of monopoly is explained historically, it is inevitable. Russia simply cannot afford to build duplicate defense productions, ”said Igor Korotchenko on this matter.

According to experts, monopolization has affected and tank technicians. Their main production is concentrated on Uralvagonzavod, there was still an Omsk plant, but it was redesigned and closed due to the fact that the demand for T-80 tanks was lower compared to the demand for T-90 tanks.

“At the same time, I believe that competition should be developed at the project level as part of the development of the fifth generation fighter. There was a competition. The Department of Defense has chosen between the proposals of the two developers. As a result, Sukhoi Company won. Accordingly, today all efforts are being thrown to ensure that it is the development of this company that goes ahead of fighter prospects aviation. Competition at the project level is a normal and useful thing, ”said Korotchenko.

According to him, with regard to admission to the defense of private companies, in Russia there are examples of their successful work. “A private company cannot afford to be the owner of huge defense plants. Most likely, private companies can be demanded precisely in the segment of innovative developments. There are several electronic companies in Zelenograd that are ready to produce at the level of defense high-tech, to provide developments that will then be breakthrough among world analogues, ”said the expert.

In the subject of the state defense order, Korotchenko noted the problem associated mainly with pricing. “The problem of the state defense order is mainly related to pricing points. The policy of the Ministry of Defense is to enter into contracts subject to full transparency of the reasonableness of the price from the industry. This is necessary in order to eliminate cheating, ”he explained.

The expert noted that the transition to three- and five-year contracts is currently underway, and even if at first some delays are inevitable on the way to agreeing prices, within the framework of the terms of the contracts, the backlog will be compensated in subsequent years. “In general, I can say that Dmitry Rogozin works very actively and offensively, professionally. He takes care of the military-industrial complex and does a lot to ensure that new forms and methods of work come into the Russian defense industry, ”concluded Igor Korotchenko.