July 13 2019
35
An attempt to undermine the patrol of the military police of the Armed Forces of the Russian Federation was made by militants in the Syrian province of Dar'a. This was announced by the head of the Center for reconciliation of the warring parties, Major General Alexei Bakin. 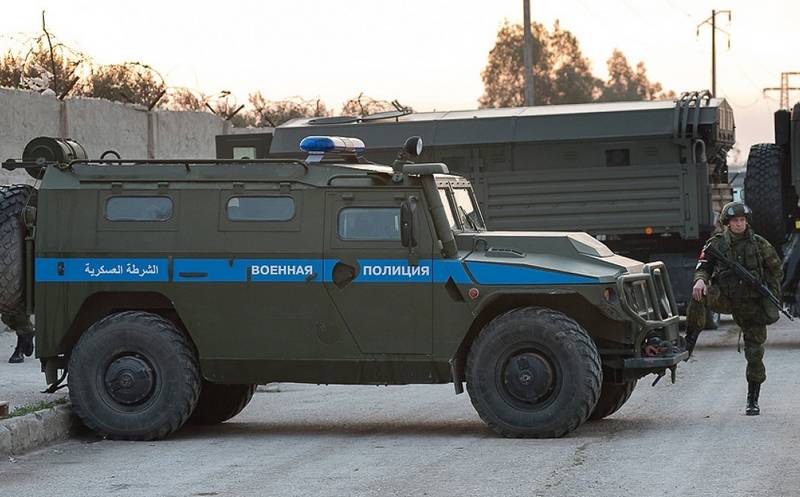 According to Bakin, the militants laid an improvised explosive device with a remote control on the route of the patrol of the military police of the Russian Armed Forces, and as the Russian police approached, they undermined it. As a result of the explosion, there are no casualties among the Russian servicemen, the equipment also did not receive any damage. Based on the results of this incident, a decision was taken to introduce additional measures to ensure the security of the Russian military contingent.

On the route of the patrol of the military police of the Armed Forces of the Russian Federation in the province of Dera'a, Syria, a remote undermining of an improvised explosive device mounted on the Kharaba-Maarab road section was committed. There are no casualties among Russian military personnel and no damage to military equipment.
- said Bakin, adding that the attack was carried out by the militants in order to destabilize and exacerbate the situation in the region.

Earlier it was reported that militants of terrorist organizations located in the Idlib de-escalation zone resumed attacking the territory of the Russian Hmeimim airbase. An attempt to attack the airbase using three unmanned aerial vehicles on the night of July 12 repulsed the air defense forces of the base, knocking down drones at a safe distance from the airbase.