Sweden is preparing to join the British 6 generation fighter program

July 7 2019
110
The British program to create a promising fighter of the new generation Team Tempest has become one step closer to getting on the wing. Sweden is ready to announce that she joined the project and became its first international partner. 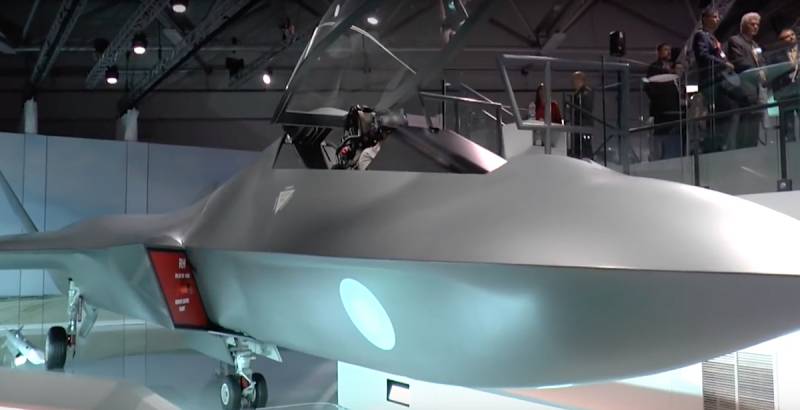 Tempest is a cross-industry project of BAE Systems, Rolls-Royce, MBDA and Leonardo, with the assistance of the UK government. He presented at the Farnborough Air Show last year.

A new strike fighter is planned to be commissioned in 2035. The program, according to statements by representatives of the military-industrial complex, is aimed at maintaining Britain’s leadership in the military aviation.

Despite the fact that British companies were actively involved in the development of new technologies for the “sixth generation” aircraft: engines, stealth coatings and aerodynamic designs, as well as advanced electronics and new weapons (in particular, laser), London made it clear that it was not ready to self-development of the project in the event that Tempest becomes a reality.

Britain is looking for partners

Although the UK has the technical and engineering capabilities for self-designing and creating Tempest, it is not ready to implement such a financially costly program on its own. Without international partners who will also purchase new machines, increasing the total order and thus making production cheaper, Tempest is unlikely to ever go off the drawing board.

At the opening of the project last summer, then-Secretary of Defense Gavin Williamson made it clear that the UK would look for international partners.

Partners are needed in terms of funding. It is clear that other countries are interested. Tempest is more than just supplying parts, it’s also working with the government.

Taylor said that negotiations with Sweden are "at a very advanced stage," but there are other interested countries, such as Italy, Japan and Turkey. “Military Review” notes that India has expressed interest in joining the project.

It is expected that the formal accession of Sweden to Tempest will be announced at the Royal International Air Tattoo air show at the end of this month.

Tempest competes directly with a similar French-German program, FCAS, which Spain joined last month. There is an assumption that both projects can be ultimately combined. However, taking into account the British course of separation from the European Union, in which France and Germany occupy leading positions, such a course of development seems less likely.

A representative of the Swedish Ministry of Defense, commenting on this situation, said: