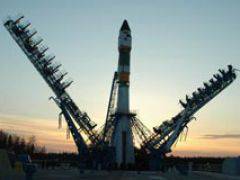 Lieutenant-General Oleg Ostapenko, Commander of the Space Forces of the Russian Federation, estimated the performance of the crews of the Plesetsk cosmodrome to launch the Molniya-M launch vehicle with a military spacecraft at 21.01, Moscow time Thursday, as excellent.

“I am grateful to all the personnel of both Plesetsk and the industry. The work was really very harmonious, thoughtful and organized,” said the commander, noting the excellent work done. This was the last launch of the Lightning-M in 229, since instead of the Molniya-M launch vehicle, the Soyuz-2 is currently undergoing flight tests of which are now being completed.

A spokesman for the Space Forces Press Office and Information Department for Space Forces, Lieutenant Colonel Alexei Zolotukhin, said that at 21.57 Moscow time, the Molniya-M carrier rocket was successfully launched into a target orbit by a Russian military spacecraft, which, after being launched, was assigned the serial number Cosmos -2469 ".