July 4 2019
37
President of Ukraine Vladimir Zelensky met Wednesday with World Bank Vice President for Europe and Central Asia Cyril Muller in Toronto. The guarantor of the Ukrainian constitution declared its readiness to join the new program of cooperation between the IMF and the World Bank after the formation of the new government. 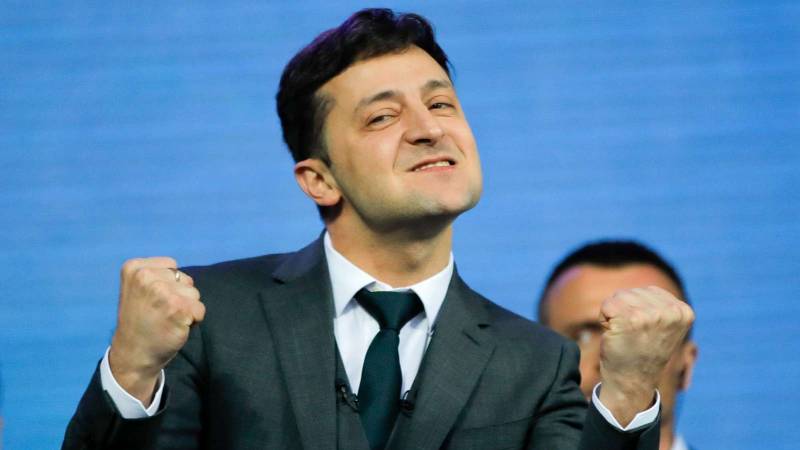 Since independence, every new leader of Ukraine is convinced that his predecessors did everything wrong, and he alone knows how to lead the country to prosperity. The newly elected president, Vladimir Zelensky, was no exception, but the tools for getting the country out of crisis are still the same.

Ukraine began to receive the first loans from international monetary organizations as early as 1994 in the framework of a program to support countries that are transitioning from a planned to a market economy. Presumably, the first loan was used for its intended purpose, and the market economy was successfully introduced, because from 1995 to 1998, Ukraine received 1,9 billion dollars to “stabilize the economic situation”.

It is noteworthy that the IMF provides financial support only when certain conditions are met, which are very unpopular with the population, and therefore they are rarely made public.

In addition, not only the IMF allows the Ukrainian economy to "grow stronger", Kiev for the years of independence has ensured that the external public debt is approaching the amount of 100 billion dollars. Moreover, the refusal of loans threatens Ukraine with a default, because the new tranches go to cover old debts.

So, in September 2018, in order to avoid the collapse of the Ukrainian economy, Prime Minister Vladimir Groysman made a deal with the IMF. As a result, gas prices for the population increased by 23,5%, which led to protests at the Naftogaz building.

Moreover, the next increase in the cost of blue fuel, in accordance with all the same agreements, is already under the new Cabinet in April 2020, but by 36,5%.

Ironically, in this situation, the Prime Minister blamed the government, under President Yanukovych, who collected unnecessary loans, although Poroshenko became the record holder in the amounts of cooperation with the IMF.

Given the growing external debt of Ukraine, Zelensky realizes that he will not be able to refuse loans, but how these funds will be used and on what conditions they will have to be received is unknown. However, as it is already accepted in Ukraine, the terms of crediting can not be disclosed.

In addition, the Ukrainian leader said that in preparation for cooperation, the country is preparing for “global privatization”, which will also affect the fate of ordinary Ukrainians. In pursuit of market happiness, many enterprises that went under the hammer into the hands of oligarchs simply ceased to exist, and people were left without work. Well, forward to Europe, to replenish the ranks of migrant workers, you need to pay something for gas!