Recipe for a stir in the outskirts of China (The Financial Times, UK) 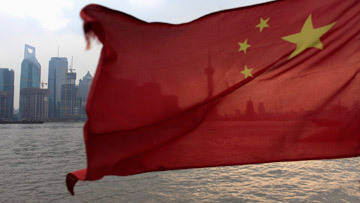 Take a handful of uninhabited islands lying approximately equal distance between Okinawa and Taiwan. Add one captain of a Chinese trawler about to fish in places he considers to be the territorial waters of China. Stir in the Japanese patrol boat that Tokyo controls the islands. Finally, let the Chinese angler have a couple of weeks in prison (preferably in a Japanese, non-stick) jail. Is done. You have a diplomatic scandal that has affected most of Asia and embarrassed even Washington.

The scandalous reaction of Beijing to the arrest of the captain of a Chinese vessel in the waters near the disputed territory, the Senkaku Islands, or, in Chinese toponymy, the Diaoyu Islands, was the immediate cause of the alarm. Beijing not only insisted on the immediate release of the captain, forcing Tokyo to eventually capitulate to his demand, but also caused a long-standing controversy. China arrested four people of Japanese nationality; blocked the export of rare earth metals used in the electronics industry in Japan; canceled the exchange of diplomatic missions; allowed anti-Japanese demonstrations on the streets of the country. He even canceled a tour of the Japanese group of young musicians, SMAP. And the release of the captain did not soften Beijing, demanding an apology and compensation.

The underlying problems only deepened. Diplomats are faced with more assertive, more aggressive behavior in China. If Japan, with its stable, powerful economy and the most modern defense forces, can not repel Beijing - what then hope for many small countries that have territorial disputes with China? For the most part, these disputes have been half-forgotten for many years. Until now, Beijing has been happy to push them into the back of the box so that they do not interfere with its active propaganda as their neighbors are convinced that the rise of China poses no threat to them.

Apparently, these times are over. Beijing has embarked on a more persistent struggle for its interests in the region. His navy openly conducted military exercises. His government suspended Western companies, including Exxon Mobil, from business cooperation with Vietnam in the waters to which China also claims. Retired generals began to mention the South China Sea - the water area, which The Economist calls "the big tongue of Chinese sovereignty" - as the central sphere of their interests.

Although it has not yet been officially announced, the prospect that Beijing prepared the South China Sea, with its sea routes stretching to the Strait of Malacca, has the same fate as Tibet and Taiwan. This would remove issues of sovereignty from the range of topics to be discussed, creating problems for many countries, including Vietnam, the Philippines, Indonesia, Malaysia, Singapore and Brunei, which have overlapping territorial claims. A peculiar Chinese version of the Monroe Doctrine, which asserted the rights of the United States in their Latin American backyards at the beginning of its heyday.

These signs of Chinese swagger caused panic in some people. Sintaro Ishihara, the governor of Tokyo, compared China with a criminal structure expanding the territory under her control, foaming at the mouth. Chris Nelson, the publisher of the Washington newsletter, gave the somewhat clumsy (but appropriate) term putinization. He said that China, like Russia under Putin, playing up to the nationalist sentiments of its people, is tightening its screws in previously friendly relations with its neighbors. Denny Roy, a senior associate at the East-West Center at the University of Hawaii, said that the Chinese position in the Asia-Pacific region could, as a result, "plug the current American influence." This may encourage both sides to go "course collisions."

A partial explanation of China’s tightening tone can be found in a recent speech by Hillary Clinton, the US Secretary of State, in which she declared the South China Sea a sphere of US national interests and offered mediation services in resolving territorial disputes. Expressing his disagreement with Washington, Beijing may have imagined that he had outgrown Deng Xiaoping's admonition to “hide his opportunities and wait for the right moment.” According to Roy, perhaps the Chinese believe that the time has come to “remake the system so that China will like it more.”

Until the Chinese train agitations come off the rails, it is completely natural — if not so obviously desirable — that the country is seeking to gain more influence in the region. Since the United States in the last century became a great power, they have not particularly stood on ceremony, observing their interests abroad. They built and controlled the Panama Canal, financed coups, from Iran to Chile, they unleashed the war in Indochina and the Middle East. Today they look at the Pacific Ocean as an American lake. According to these standards, China’s ambitions and claims for regional influence look resolutely modest.

The advantage of the United States is an attractive democratic system, which they dream of imposing on the whole world. That was enough for their extra-territorial activity to be perceived, if not always with open arms, then at least as something acceptable. “There were a lot of questions against American influence, but we were a great power,” says Simon Tay, a Singaporean writer, many of whose papers are about American influence in Asia. "The USA is the basis of the existing world system."

It is the feeling that Asia is in transition to a new redistribution of spheres of influence, which is alarming. China, to this day a poor, authoritarian state of most parts of the region inspires far less confidence than the United States. No one really knows how China will behave if its position suddenly begins to somehow remind the influence that Washington has enjoyed for so long. That is why Asia is watching with close attention to incidents of this kind, such as China’s diplomatic squabble with Japan, trying to guess from them what can be expected from the future.