Should America pay for slavery?

26 2019 June
116
In the US Congress passed hearings on the issue of payments to descendants of slaves. Should America pay for slavery?


British newspaper The Guardian опубликовала two completely opposite points of view of the answer to this question. Two black journalists set out two visions on reparations to the descendants of slaves. One offers traditional arguments, the second calls for solving the contemporary problems of the black population of the United States, rather than stirring up the dirty and bloody past, further splitting the country's population. 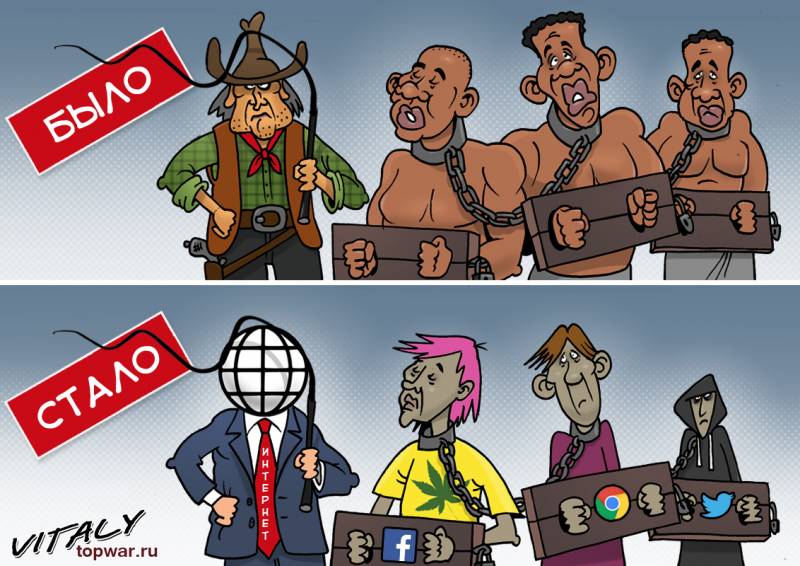 America must pay reparations for slavery

American writer and journalist Ta-Nehisi Coats (Ta Neayzi Kots) became famous for his work on socio-cultural and political topics mainly on African-American issues. So, in 2015, he received the US National Book Award in the Publicism category for the book Between the World and Me. In the book, Coates spoke in the style of addressing his son about the contemporary problems of the black population of America. In his opinion, violence and racism against blacks in the United States - this is commonplace.

Coates believes that the problem of racism is still one of the leading in the public life of the United States. And American society must take responsibility for all the events of the past. The question of reparations is a question of reparation and restoration of the rights of the black population. This is a question of citizenship, equality of the rights of white and black communities of America. The US should apologize for slavery. American society lives outside of personal space-time frameworks and should be responsible not only for the present, but also for the past. And today's America is built on the bones of millions of black slaves.

The author also raised the problem of numerous historical crimes against blacks: torture, violence, slave trade, including sale of children; and after the official abolition of slavery, blacks for a long time were second-class people, the ideology of the domination of the white race reigned. In particular, racial segregation in the United States (the separation of the white population of the United States from the "colored" in educational institutions, in public transport, places of residence and food, in the army, etc.), infringement of the rights of blacks, existed until 1960-1970. x years. As a result of racial inequality that continued after the abolition of slavery, the average black family is materially poorer than the average white family; blacks are less educated than whites; most of the prisoners in US prisons are blacks, etc.

Coleman Hughes does not deny the horrors and cruelties of slavery and racial laws. In particular, the laws of Jim Crow - unofficial racial laws restricting the rights of the "colored population" (blacks and Indians) in the southern states. Thus, racial segregation in public schools in the southern states was recognized as unconstitutional only in the 1954 year. Racism is a bloody page in the history of America. The American government was supposed to pay compensation to the slaves immediately after their release, the end of the Civil War.

However, there is a difference between recognizing the past and the present. The US House of Representatives in 2008 formally apologized for slavery and the laws of Jim Crow. In 2009, the US Senate did the same. The question is settled.

There are no more people who were slaves. You can not pay reparations to the descendants of slaves. Reparations should receive only victims. Therefore, the question of compensation is justified in relation to those black citizens who suffered from the laws of Jim Crow, who were second-class people in the United States. It is unfair that people will receive payments for slavery from the federal budget only on the basis of their origin, when other US citizens live on wages and salaries. It happens that they work in several places to feed their families. Reparations are laid only to the victims, and there are no more.

Thus, the law on reparations is a moral and political mistake. He will split the country even more, clashing black and white Americans among themselves. The current States need to focus on contemporary issues, rather than stir up the past. Thus, in the country there are hundreds of thousands of black prisoners, crime is the scourge of the modern black US community. Killing is the main cause of death for young blacks. There is a problem of quality education, affordable health care, a less severe system of criminal punishment, etc.

In reality, this dispute does not reflect the essence of the problem. The fact is that capitalism and a consumer society are the slave-owning system. The West, from its very beginning, is a society of slaves and slave owners. In the current, modernized variation - the society of usurers, oligarchs, social parasites and consumers, reduced to the role of "two-legged tools", cattle-cattle, who do not see beyond their instincts and needs. The West is a crowd-elite pyramid system, where there are “chosen” Lords and slaves-consumers.

This parasitic, degradation model and caused the current global crisis, the crisis of the biosphere, man and humanity. This is a society of extermination and self-destruction, a system of self-destruction. The essence of this system is well conveyed by agent Smith in the movie "The Matrix":
“... Having taken a plot, you multiply until all natural resources are exhausted. To survive, you have to grab more and more territory. There is one organism on Earth with a similar habit. Do you know which one? Virus. Humanity is a disease. Cancer of this planet. ” 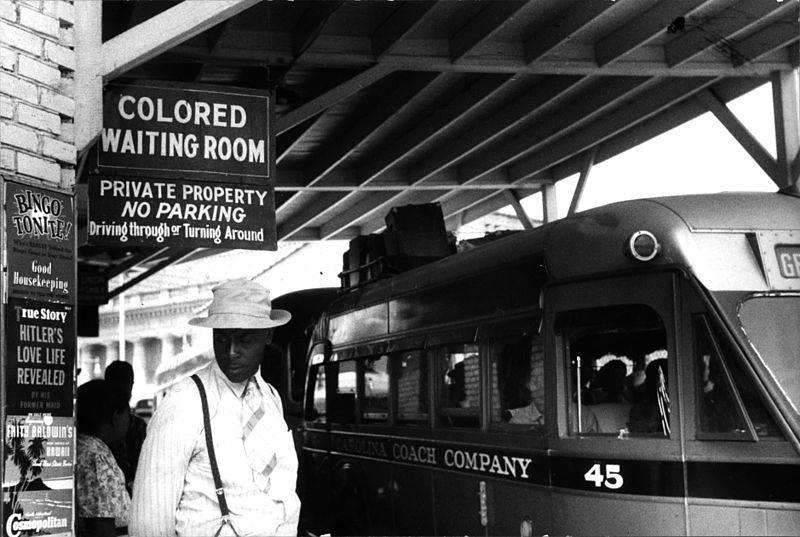 The inscription on the building of the bus station: "Waiting room for color." Durham (North Carolina), 1940 year. Source: wikipedia.org

Only the cancer of the planet is the slave model at the core of the western globalization project. The society of consumption and self-destruction, created in this “new” world order. Production for production, consumption for consumption. Human degradation, involution-simplification of humanity. The masters of the West see that their management mistakes have brought the planet and humanity to the brink of disaster. They see a way out of putting a “redundant”, “extra” population of the planet under the knife, cutting it 10 times and reducing the remaining people to the role of cattle in a planetary herd (hence the widespread and consistent degradation of the general education system throughout the planet, including Russia).