Putin ordered to equate the militants of Dagestan 1999, the participants of hostilities

20 2019 June
48
In a direct line with President Vladimir Putin, the inclusion of the Dagestan village Botlikh was carried out. This is the very village where the dramatic events unfolded in 1999 year - when local militias together with units of the Internal Troops, special forces of the FSB and other security forces knocked out terrorists. Then on the map lay the fate of the country, and these are not empty words. 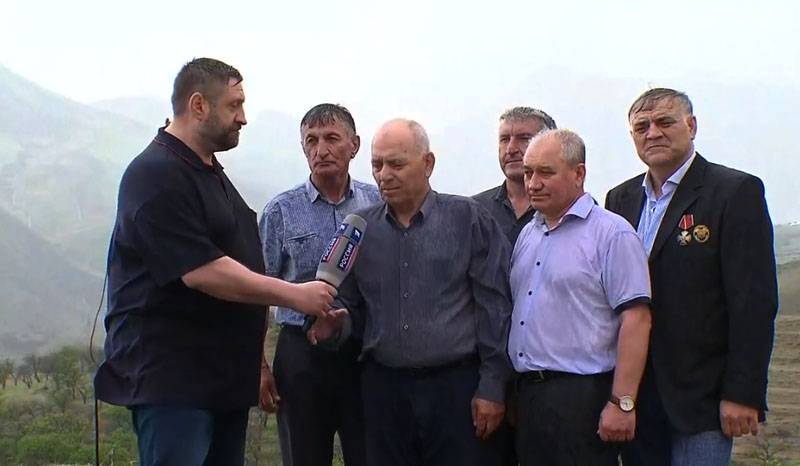 The residents of Botlikh asked Vladimir Putin to adopt a document that would equate members of the Dagestan militia 1999 of the year to participants in the hostilities. The inhabitants of Botlikh noted that justice would be restored in this way.

Putin:
When people from Dagestan appealed to me and said: Well, if Russia cannot protect itself and us, give us weapon. Dagestanis came to our commander and asked why you do not beat militants from artillery. The commander then replied: “It’s a pity, the houses you built are there.” And people said in response: I do not mind!

Putin, in a direct line, instructed the government to equate the Dagestani militiamen to combatants.
Also, Vladimir Putin recalled the feat of the inhabitants of the Tsumadinsky district, who did not let the militants (and we are talking about about a thousand terrorists) through their territories.