18 2019 June
7
Letters to the heading "Immortal regiment of the young" of the newspaper "Golden Key" come from different cities and villages of our country. Recently, news came from Kursk from Natalia Alekseevny Kugach. She spoke about the brave nurse, Hero of the Soviet Union, Ekaterina Dyomina (Mikhailova). 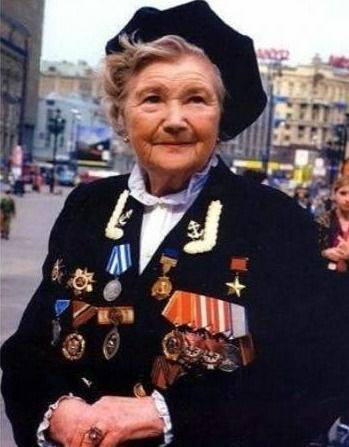 Many military awards found their owners after our victory. But the merits of the heroes from this does not become less. So, in 1990, the title of Hero of the Soviet Union was assigned to Ekaterina Illarionovna Demina, nee Mikhailova. Brave front nurse, about the exploits of which at the front were legends ...

She was born on December 22 1925 of the year in Leningrad. Quite a little girl, a three-year-old girl, became an orphan and found herself in an orphanage. By June 1941, Kate graduated from 9 classes and school courses of nurses of the Russian Red Cross. And on vacation I went to the distant city of Brest, on a visit to my brother-pilot. He promised to show amazing animals - bison. The girl never saw them, because there was no bison in the Leningrad zoo ...

Her path lay through Moscow. 21 June Katyusha got on the train that was supposed to deliver her to her brother. But in the morning of June 22, a train near Smolensk came under fire from the fascists. And Katyusha, along with other passengers on foot, went to Smolensk.

The girl dreamed of helping our soldiers. Therefore, she volunteered for the front, adding two years to herself. And in the incomplete 16 years she became a sister of mercy.

The front path of Katyusha began near Gzhatsk (today this city of the Smolensk region is called Gagarin). Here in September 1941, she received a severe wound to the leg. She was treated in hospitals in the Urals and in Baku. Since childhood, dreaming of the sea, Kate asked the military commissar to send her to the fleet. So she was on a military vessel "Red Moscow", ferrying the wounded from Stalingrad along the Volga to Krasnovodsk. Kate was given the rank of sergeant. Many exploits made the sister of mercy Katyusha, which the sailors affectionately called the Danube.

Here is what is written in her award list for the medal “For Courage”: “Being contused, she provided medical aid to the fighters under heavy enemy fire 17. Brought them along with weapons and evacuated to the rear. " The contused girl herself helped the adults!

But an extract from the award list for the Order of the Patriotic War, II degree: “In street fighting I showed myself courageously and bravely, under enemy fire I tied up wounded soldiers and officers - 85 people. 13 man carried out from the battlefield "... 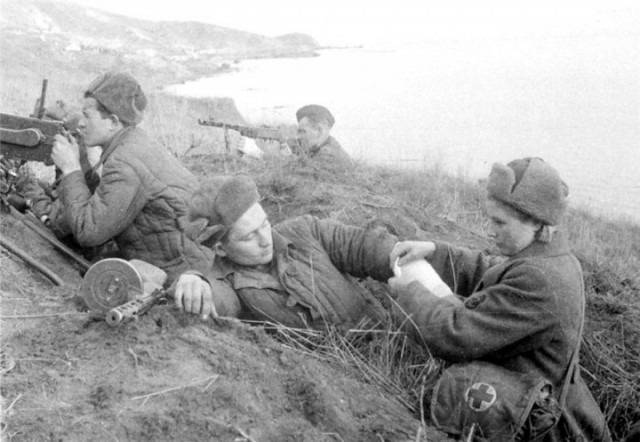 Let's stop for a moment, dear readers. Let us think: where did the record about street fighting come from? The point is this. In February, 1943, a separate battalion of marines, was formed from volunteers in Baku, the city of Baku. Katerina filed a request for admission to his sanitary instructor. She, of course, refused. And a strong-willed, stubborn girl wrote a letter of request addressed to the Soviet government! So it became a marine paratrooper.

With the 369 Battalion, Katyusha fought along the waters of the Caucasus, the Azov and Black Seas, the Dniester and the Danube ... Along with the fighters, she entered the battle, repelled attacks, carried the wounded out of the battlefield. She herself was wounded three times, but at the same time she showed miracles of courage.

... In the night from 21 to 22 in August 1944, Katusha participated in forcing the Dniester estuary. One of the first to reach the shore. Clinging to the roots and branches of bushes, the girl climbed onto the high ridge of the river bank, helped other paratroopers climb and pull out a heavy machine gun. During the battle, she provided first aid to seventeen Red Navy men, rescued a seriously wounded chief of staff of a detachment from the water, threw grenades at the fascist bunkers, destroyed twenty Nazis, and captured nine of them ...

During the battle for the fortress Ilok, being in the water, being wounded, Katyusha assisted our soldiers. And when the enemy boats were approaching the island, they took a machine gun and beat off the attack. For this feat Catherine presented to the highest award - the title of Hero of the Soviet Union. But she received the Order of the Red Banner. 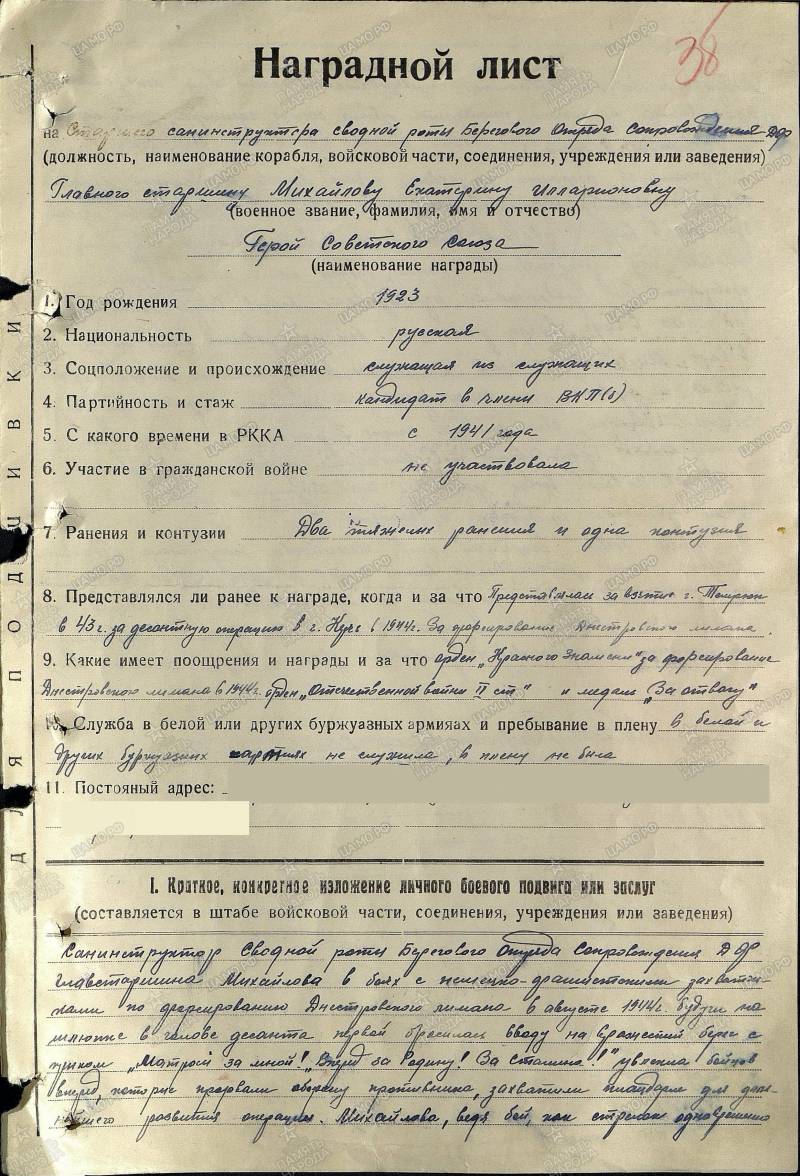 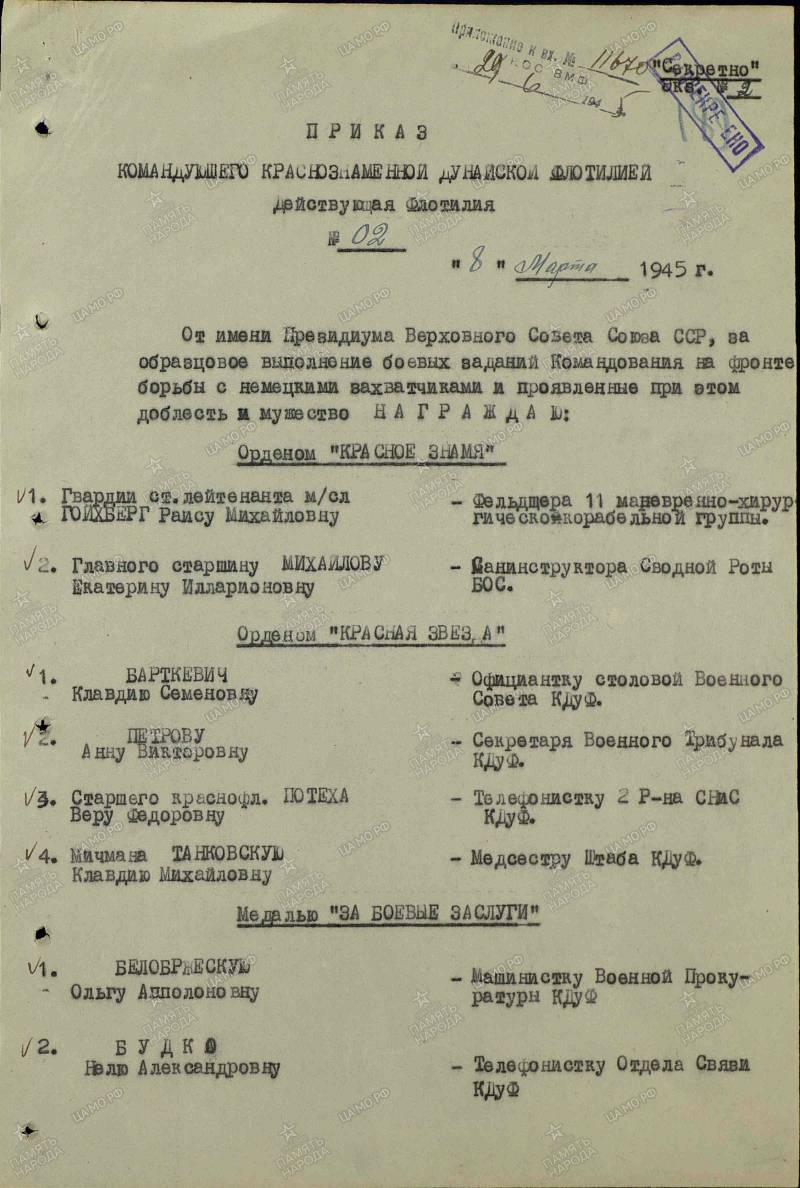 After the war, Ekaterina Illarionovna worked as a doctor in the city of Elektrostal, Moscow Region. Married, her son was born Yuri. From 1976 to the release of the deserved rest, the heroine worked in Moscow. And only in 1990, she received the title of Hero of the Soviet Union. The reward found her 45 years later!

Today Ekaterina Illarionovna lives in Moscow. She is a member of the Russian Committee of War Veterans, the All-Russian Council of War and Labor Veterans. Two documentary films were shot on the life and exploits of the brave defender of the Motherland: Katyusha (1964) and Katyusha Big and Small (2008). The first film won the award “Golden Dove of Peace” and the main prize of the film festival in Leipzig.

One of the chapters of the famous book of the writer Sergey Sergeevich Smirnov “Stories about Unknown Heroes” is dedicated to Ekaterina Dyomina (Mikhailova).

We are in Yandex Zen
War is not a woman's face?
White handkerchief and a cross on his chest ... Military medicine of Russia in 1914-1917 was one of the best in the world
7 comments
Information
Dear reader, to leave comments on the publication, you must to register.