The results of the week "light": Fly, dove, fly

16 2019 June
40
“Military Review” presents the summer format of the week results - “Light Week Results”. These are several plots, the topics of which were discussed during the last seven days, and which were more or less relevant. For those with a heightened sense of seriousness, a convincing request: in order to maintain emotional balance, it is better to leave the material unread. 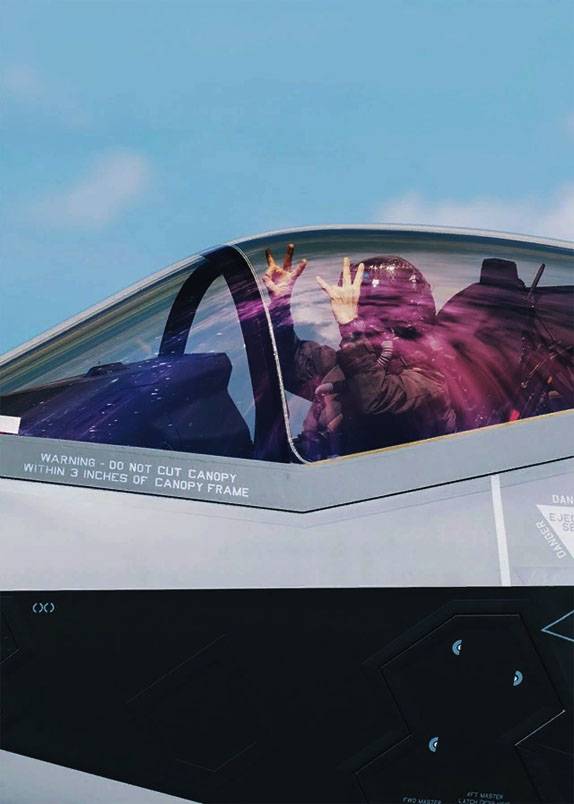 The next report of the Pentagon about the problems with the F-35 fighter. What is the account of this report - already lost in the Pentagon itself. How they lost the technical problems with the fifth generation aircraft, which, under pressure from American goodwill and democracy, diverges across countries like hotcakes. Try not to buy ...

Against the background of statements about the pilot's seat vibration and instrument panel when firing an aircraft cannon, amid claims of early stealth coverage, it seems that conclusions on the F-35 of the following nature are about to appear:

While landing in the pilot's seat, the Block II F-35 on-board system writes off the monthly allowance from the officer’s account. In the absence of the required amount on the account of the pilot F-35 - draws on his name a loan.

In flight, the plane is vulnerable to hacker attacks, and therefore, in the headphones of an “intelligent” helmet, a no less intelligent pilot is heard at the limit decibels of either Kalinka or Valenki.

If there is a shortage of oxygen due to a malfunction in the appropriate pilot life support system, F-35 contacts the psychological assistance service, which asks the pilot to suffer until the nearest airbase.

Going to intercept the Russian Su-30 or Su-35, the plane automatically dictates an article to Dave Majumdera from the National Interest, which says that he (F-35) against the fighters of the Russian Aerospace Forces most likely has no chance and stealth coverage for him definitely will not help.

In the Gulf of Oman were tankers attacked Japanese and Norwegian companies. One was carrying oil, the other was methyl alcohol. 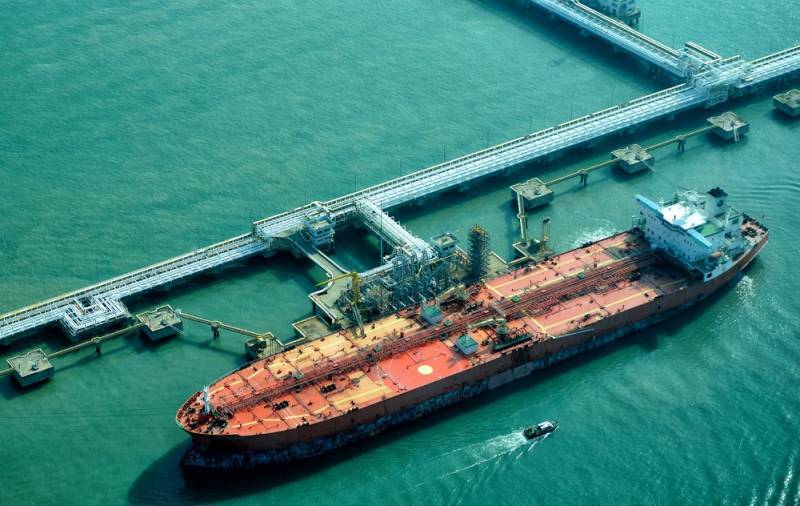 How did events evolve according to the main horns of truth - the American media:

After waiting for the Prime Minister of Japan Shinzo Abe to visit Tehran, the Iranian guards of the revolution thoroughly stocked up with magnetic mines in order to sink the Japanese tanker. In order to finally plunge democracy into the darkness, the IRGC decided to send the Norwegian vessel to the bottom. They chose the most photogenic ones to carry out the attack - so that those with a favorable angle with working profiles could be located directly under the cameras of the American UAVs. It was part of a cunning and insidious Iranian plan. When Trump was finishing his duty cola in the Oval Office, explosions were heard from representatives of the axis of evil. No sooner had the air of explosions shot up the seagulls of the Gulf of Oman, as news the fact that behind the attacks is certainly Iran, came out on the front pages of the USA and Israel. After this, the progressive part of the international community had no doubts about the evil intentions of the bloodthirsty Iranian regime. With methyl alcohol jokes are bad ...

If someone seriously believes that Iran has no relation to the explosions on tankers, and the special services of two friendly states stand behind the attacks, then this person is democratically dense and ignorant. For "Iran" in free translation from American English means: "Guilty."

The country has learned that individual police officers can plant drugs on a person. Can you imagine, this has never happened before and here again ... Never. Hear NI-KA-YES. Wow. The people who took the oath to protect the rule of law decided to take the crap journalist like that. This is nonsense. This is unbelievable ... And officials suspected of involvement in corruption never have journalists dropped on the floor. Journalist officials are not banging requests from us, and, of course, they do not lead to annoying flies with the desire to slam themselves. 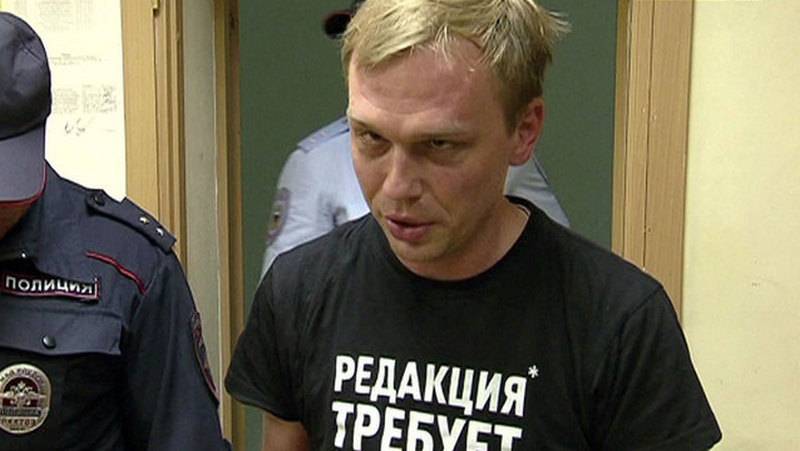 But in the end - a complete victory of civil society in the face of one structure, which was quits with another ...

Case Discontinued, the generals left their posts untimely, the journalist turned from the accused to the witness.

And after that, any Russian knows for sure: that if injustice is created in his attitude, then the perpetrators, even if they are high-ranking officials and representatives of the authorities, will also suffer an inevitable punishment. Without fail. The caps will fly, caps from the stairs will be generals. Major publications will come with the front pages of “I-We are a simple Russian Vasya Pupkin from Ryazan (Kazan, Pskov, Chelyabinsk, Yakutsk, then everywhere)”. Everything will be that way. Is someone still in doubt? There is no need to doubt - shake this non-patriotic liberal bacillus out of you!

Ukrainian military reported on the next exit to new positions. They say that the outskirts of Donetsk are now so close that you can podlyunut. Toad jump took place. Ukrainian reporters have already walked through the streets of Marinka, demonstrating the gallant Ukrainian soldiers (of course, light), who are setting up new positions. 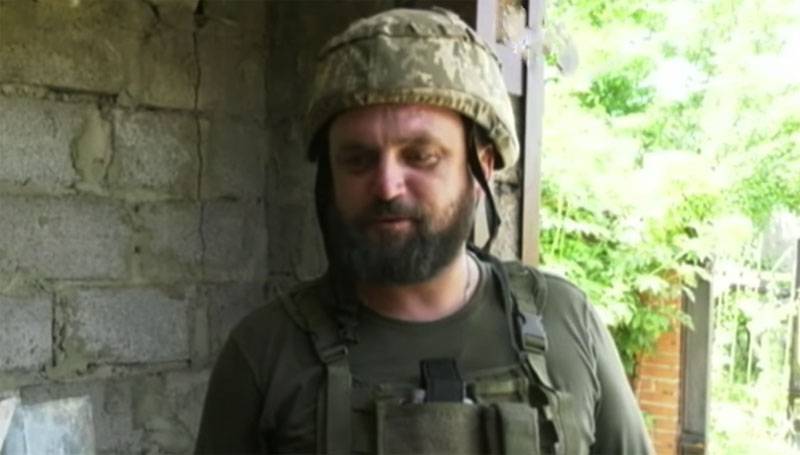 Meanwhile, the headquarters of the DPR reported that no promotion of the Ukrainian military occurred, no new positions in the gray zone of the Ukrainian Armed Forces did not hold, and in general - everything that the Ukrainian side said is not true. Well, if it is not true, then it is not true. The main thing is that the situation in the series should not turn out later: “Everything turned out quite unexpectedly, we believed the reports of the OSCE special monitoring mission and continued to follow the Minsk agreements.”

Moldovan wines, Moldovan apples and other products of the generous Moldovan agrarian industry are said to be very useful for Russian citizens in the near future. The fact is that the same Moldovan apples carried in themselves chains of poisonous substances, as they grew in Moldova at the moment when toxic Mr. Plahotniuc was ruling there. But Plakhotnyuk, allegedly, left Chisinau together with his retinue, and with it toxicity moved beyond the limits of the solar republic. 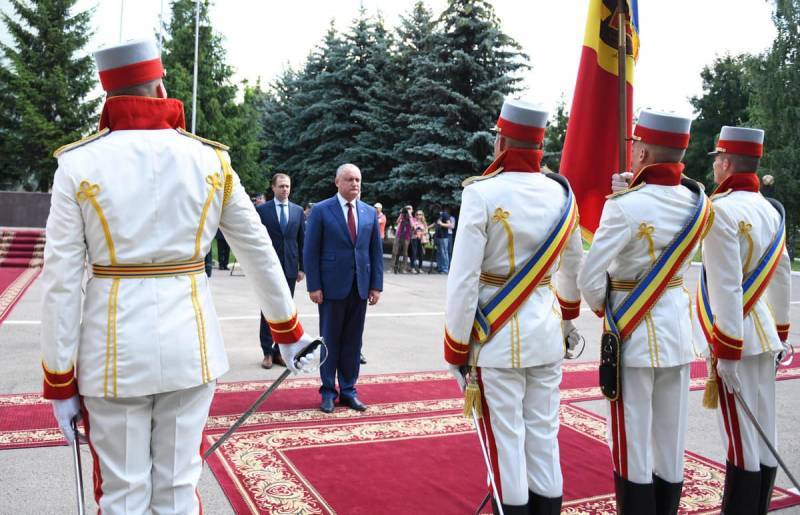 Eventually - apples become good, wines are self-cleared, grapes from branches are extremely beneficial. Rumor has it that on the shelves of stores of the Russian Federation may appear "Dodonovka". Recommended for use after "Tears of Plakhotniuk".