Who and how wanted to attack the United States

18 2019 June
30
One of the essential components of the military-political might of the United States of America is their geographical location. The United States was formed in North America, initially being isolated by the Atlantic Ocean from those European powers that could pose some danger to them in the XIX-XX centuries. Exactly the same barrier from the Asian powers is the Pacific Ocean, and in the New World itself, the United States never had any real competitors. And yet, for more than two hundred years stories American independence, several countries of the world still hatched a plan to invade the United States. 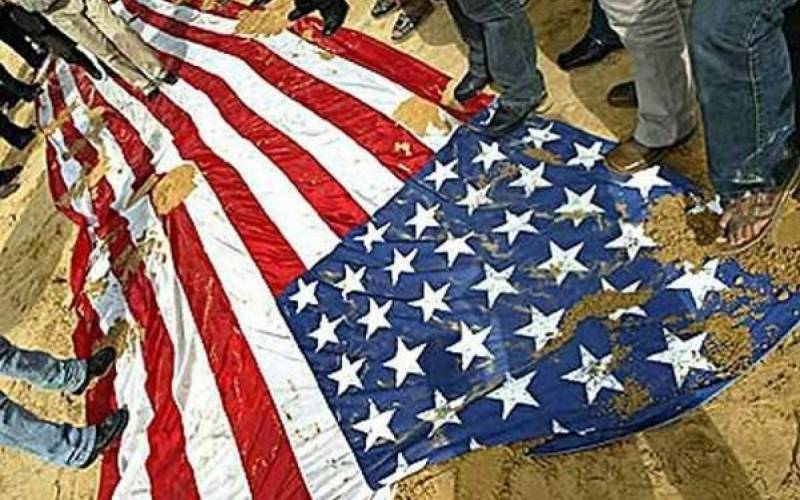 In the late XVIII - early XIX centuries. the young North American state had to confront one of the strongest world powers of the time - England. Actually, the United States won its independence in the war with England, but London did not calm down for a long time trying to regain its positions. Especially since English ownership remained in North America.

The British authorities considered the territory of modern Canada as the optimal springboard for the invasion of the then rather weak United States. As you know, during the War of Independence, the long-standing enemy of England, France, provided significant US support. And when in 1812-1815. In Europe, there was a large-scale war against Napoleon, the British authorities considered this moment ideal for an attack on the United States. France could not support the United States for obvious reasons, and London had significant fleetpractically not involved in the European war, and by numerous troops in Canada. 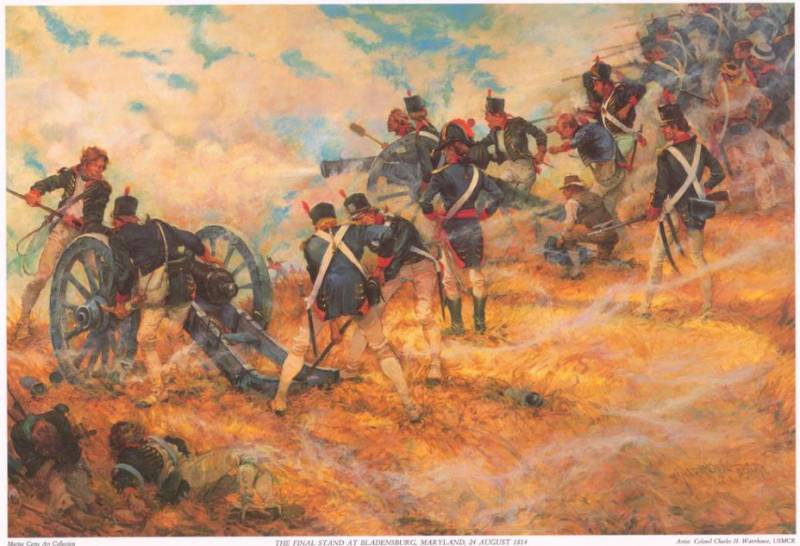 In 1815, the fighting stopped. England was forced to finally recognize the independence of the United States and no longer attempted to restore its power over their territory. Decades later, the United States and Great Britain became the closest allies who, in numerous conflicts, acted together.

German plans of war against the United States

Germany at least twice hatched plans to invade North America. For the first time in Berlin, they thought about the war with the United States at the turn of the 19th and 20th centuries, when Germany was actively involved in the struggle for the section of the “colonial pie”. Although in Africa, the US had no interests on the “Black Continent”, the Germans competed with the British, French, Portuguese, and Germany still had to face Germany, but in Polynesia.

The two countries almost came to the brink of war because of the dispute over the possession of the Samoan Islands. But nature intervened in the conflict between the two powers ... nature: a cruel typhoon destroyed both American and German ships that arrived in Samoa. The islands were divided into Western Samoa, which became a German colony, and then an independent state, and Eastern Samoa, which is still under US control.

Nevertheless, after this conflict in Berlin, we thought about the possibility of organizing an invasion of US ground forces. After all, Germany possessed the strongest land army in Europe (excluding Russia) and the whole question was only how to overcome the Atlantic. However, the Kaiser relied on the power of the German fleet. According to the first plan, the German ships were to fire on the American coast, after which they would land assault forces in the Chesapeake Bay. It was assumed that the German forward detachments would destroy American shipyards, after which the main forces would land - up to 100 thousand people.

The second plan meant a campaign on the US 60 warships of Germany, from which it was planned to land two landings - one at Cape Cape Cod, and the second at the mouth of the Gulf of New York. However, the Kaiser himself and the Chief of the General Staff of the German Army, Alfred von Schlieffen, came to the conclusion that such a scenario was unrealistic. The third plan envisaged the landing of German troops in Cuba and Puerto Rico, after which, using the islands as bridgeheads, it would have been possible to attack the territory of the United States.

But then the First World War began in Europe and the plans to invade the US had to be forgotten - Germany and so had to fight on two fronts against the Entente. Only in the 1933 year, when Germany was led by the Führer Adolf Hitler, did the Third Reich think about the war with the United States. True, the main role in it, as the leaders of the Reich believed, will be played by airplanes and submarines. 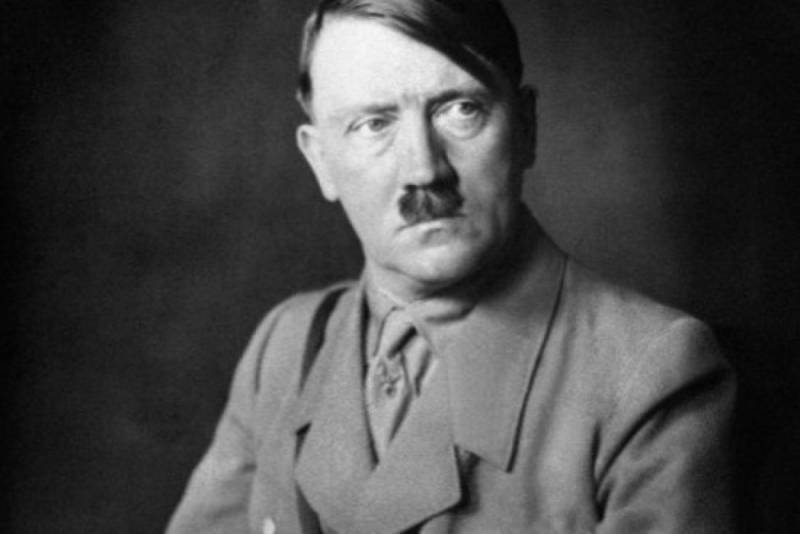 For example, Hitler planned to seize the Azores, which would have reduced the distance to the American coast by almost half, but this plan came up against opposition from the sly and cautious Spanish caudillo Francisco Franco, who did not want to spoil relations with the United States and Britain (and, as it turned out, no wonder - unlike Hitler, Franco ruled for thirty more years after World War II and died quietly from old age).

The Third Reich naval forces managed to get close to the shores of the United States and organize a serious submarine war. In 1942-1943 German submarines literally terrorized a huge water area from the shores of Newfoundland to the Gulf of Mexico. During this time, they managed to sink hundreds of ships, mostly merchant ships. Only in January 1942, the Germans sank the ship 62.

Luftwaffe Colonel Victor von Lossberg put forward an interesting proposal - to deliver a BV.222 “Wiking” seaplane to the shores of the United States, which would then drop several eight-bomb bombs on New York. But the authorities of the Third Reich failed to realize this idea - by the year of 1944, when it was supposed to send a submarine with a seaplane to the American coast, the US Navy had already succeeded in clearing the enemy's submarines adjacent to the US coast.

The third idea, which consisted in a missile attack on the territory of the United States with the help of the A-1 rocket, was also not realized by the Third Reich. In January, 1945, Adolf Hitler approved a project to create a bomber based on the Condor passenger aircraft, which would carry several small aircraft with bombs and kamikaze pilots. There was not enough time to implement the project - a few months later the Soviet army inflicted a final defeat on Germany and the Third Reich collapsed, burying Adolf Hitler with his closest associates and their insane projects under their rubble.

For Japan, the United States was a far more significant adversary than for Germany. If the Third Reich was focused on the war against the Soviet Union, then Japan, having unleashed military operations in the Pacific, clashed with the United States. At the same time, the Japanese authorities practically did not consider the possibility of a land invasion of the United States, as they were going to first conquer India and Australia.

However, Japan attacked territories in the Pacific, which were under US control — the islands of Kyska and Attu (the Aleutian Islands). Since there were no American garrisons on these islands, the Japanese managed to capture them without interference and to keep control over them for more than a year. 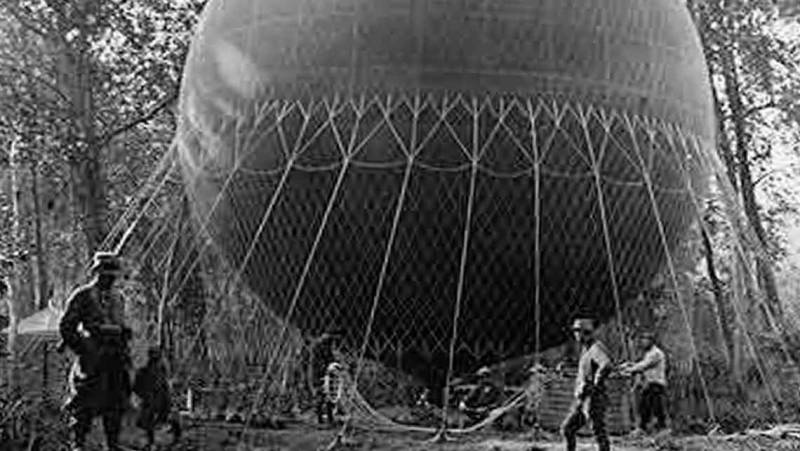 Japanese submarines sometimes approached North America, but met with fierce resistance from coastal defenses. However, the Japanese managed to launch more than 9 thousands of balloons with high-explosive fragmentation bombs. Three hundred such balloons flew to American territory, six American citizens were killed by bombings from balloons.

Meanwhile, in the American society itself the thought of invading the Japanese caused fierce horror. It was for this purpose that the entire Japanese population living on the Pacific coast of the USA was interned in special camps. By the way, when they recall the deportation of Volga Germans to the USSR, for some reason they forget this “mirror” fact from American history.

The consequences of the war with the USA for Japan turned out to be fatal - the Empire of the Rising Sun actually lost its status as one of the key world powers and no economic success of post-war Japan could return it.

Soviet invasion is a nightmare of American propaganda

After World War II, the Soviet Union turned out to be the main likely opponent of the United States. The creation of the Soviet atomic bomb quickly equalized the chances of the two great powers in a nuclear confrontation, while simultaneously protecting Washington and Moscow from the onset of an armed conflict. However, in the American media, in literature and cinema, the topic of the Soviet military invasion of the United States began to be actively discussed from the beginning of the 1950s.

Especially the US fears intensified after the appearance of the USSR a reliable ally in the Caribbean - Cuba under the leadership of Fidel Castro. At the start of the 1960s, the Third World War could well have begun due to the Caribbean crisis. The American leadership panicked the presence of Soviet military and especially Soviet missiles in Cuba, although the US military was stationed in very many European countries.

However, if the Soviet Union were to start active operations against the United States, then the best option would be to use internal contradictions in the States themselves. Thus, in 1950-1960-s, interracial relations were very tense, African Americans were still subjected to severe discrimination and, with skilful external leadership, this factor could well be used to destabilize the situation in the United States. 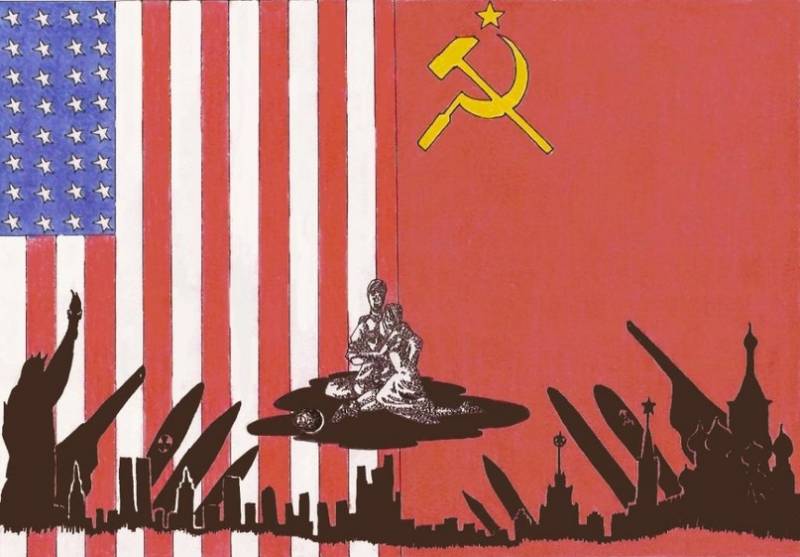 The collapse of the USSR, of course, was for the United States one of the most soothing events throughout the twentieth century. All the nineties of the twentieth century in Washington were convinced - "the enemy is defeated," and therefore you can not worry about the conflict with Russia. The attention of American propaganda has shifted to international terrorist organizations. And, by the way, they were accused of one of the most impressive attacks on the USA, the September 11 ram.

Strengthening Russia's position in the late 2000-x - 2010-s again caused great concern to the United States. One of the main fears of the American leadership is the appearance in Russia and China of numerous allies in Latin America. After all, the presence of friendly countries immediately creates the risks of locating Russian (or Chinese) missiles, airplanes, ships, and troops on their territory. That is why the US is so concerned about the change of political regimes in Venezuela, Nicaragua and Cuba. 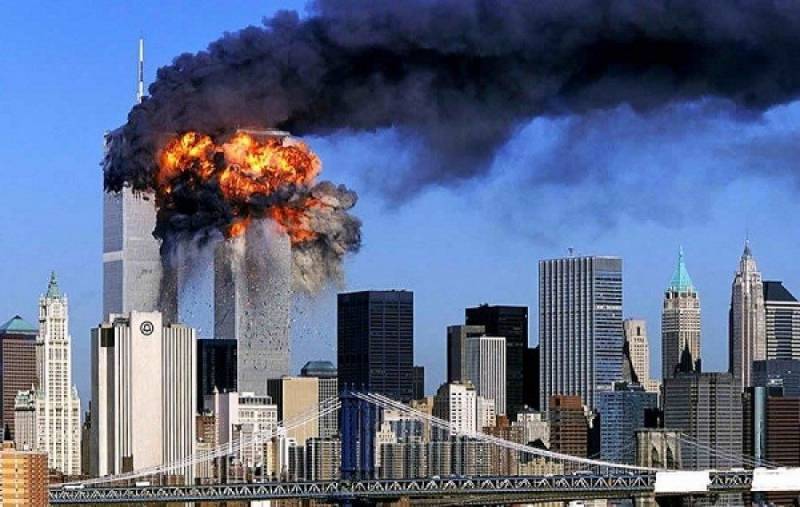 At the end of the twentieth century, the United States had other very dangerous opponents. First, it is the Islamic Republic of Iran, for which the United States is the main enemy, the “big Satan”, referring to the terminology of Ayatollah Khomeini. Iran has repeatedly demonstrated complete disregard for US positions on key issues, sharply responded to any American threats. However, it is clear that Iran does not have real possibilities for attacking the territory of the United States, not to mention a land invasion.

Secondly, these are inter-ethnic radical organizations like Al-Qaida (banned in Russia), which was generated by the American special services, but then turned into a “headache” for the United States itself. No one hit the US as painfully as the 11 September 2001 terrorists did. True, there is also a version that one of the bloodiest acts of terrorism in history was directed by the American special services themselves.