13 2019 June
24
Nuclear-powered strategic-purpose underwater missile "Prince Vladimir" of the modified 955A project "Borey-A" resumed sea trials, leaving for sea from Severodvinsk. The first part of the factory running tests was carried out in November-December last year. 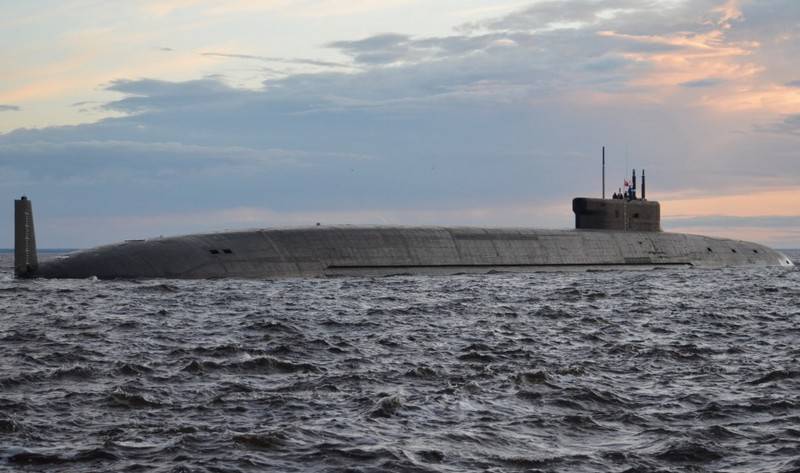 APRKSN "Prince Vladimir" came from Severodvinsk to the second stage of factory running tests. The first entry into the ZHI was on 28 on November 2018 of the year and lasted until December 22, after which the submarine cruiser was returned to the enterprise to eliminate the deficiencies identified during the tests and to make improvements.

The lead submarine cruiser of the Borey-A project was laid on Sevmash in Severodvinsk on July 30 2012 of the year, the output from the workshop took place on November 17 of the year 2017. According to the plans of the Ministry of Defense of the Russian Federation, the transfer of the nuclear underwater missile carrier "Prince Vladimir" to the Russian Navy should take place before the end of this year.

Currently part of the naval fleet Three atomic missile submarines of project 955 (Borey) of the 4th generation are in service - the strategic missile cruisers Yuri Dolgoruky, Alexander Nevsky and Vladimir Monomakh. In the future, the construction of the underwater cruisers of the Borey and Borey-A projects is not planned. Instead, the Ministry of Defense is considering the option of laying in the near future two submarines - carriers of cruise missiles of the Caliber, Onyx or Zircon type. The project received the preliminary name "Borey-K".

We are in Yandex Zen
APNKSN project 955A "Prince Vladimir" went on sea trials
The submarine "Prince Vladimir" will be launched before the end of the second quarter of 2017
24 comments
Information
Dear reader, to leave comments on the publication, you must to register.