Ukraine wants to send the only submarine in the sea 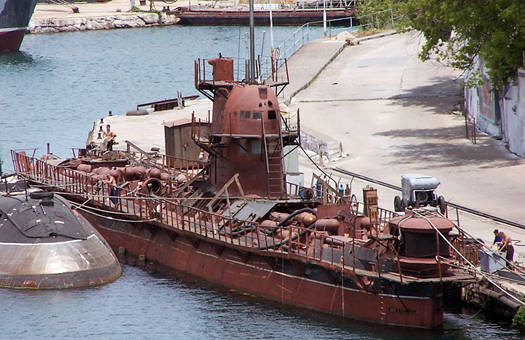 As UNIAN was told in the Department of Press and Information of the Ministry of Defense, M. EZHEL announced this today to journalists in the Zhytomyr region, where the next stage of the exercise “Interaction - 2010” took place.
“The submarine Zaporizhzhya will be restored and put into operation,” he stressed.

Speaking about the situation with the only submarine of the Ukrainian Navy, the head of the national defense department noted that there were times when this submarine was “hidden” for 4-5 years.

“And they said that it would not be there,” said the Minister of Defense, noting that today only 40 countries in the world have their own submarine fleet.