Genetic passport of a soldier. Why is it needed?

13 2019 June
38
6-8 June was held St. Petersburg International Economic Forum (SPIEF). Not only business and industry representatives, but also the scientific community, including representatives of the Russian Academy of Sciences, took an active part in the forum. Within the framework of the forum and before it began, a large number of events and round tables devoted to scientific issues took place. One of the projects that was discussed in St. Petersburg was the soldier’s genetic passport. This is a very interesting and promising project that can affect the appearance of the Russian armed forces in the near future or still can not?

On the eve of the SPIEF forum in St. Petersburg, a working meeting of representatives of the Russian Academy of Sciences with employees of the Military Medical Academy (VMA) took place. During the meeting, they discussed such an important and interesting project for ordinary people as the creation of a genetic passport for a serviceman. According to the President of the Russian Academy of Sciences Alexander Sergeev, this is a fundamental, far-reaching project. The main task of the project is to identify those genetic predispositions in military personnel that will help in the future to correctly select a person's military specialty. The task of scientists is to identify the advantages of each specific soldier based on genetic predisposition in order to maximize the use of a person's potential. Alexander Sergeev noted that Russian military medicine has already achieved significant success in this area and is able to raise the bar for research in the future. According to Sergeev, we are talking about how, on the basis of genetic information, to learn to determine which of the servicemen is more predisposed to service in the paratroopers. tank troops or sailor.

According to the president of the Russian Academy of Sciences, the project is not only to assess the physiological state of a person, but also to work on predicting the behavior of people in the event of dangerous, stressful situations that are directly related to the profession of a military man. The ability to ignore stressful situations, stability, performance, and the ability to perform mental and physical operations under stress can all end up in the long term into a soldier’s genetic passport. In the future, the results of the research, as is often the case, can be applied in the civil sphere. 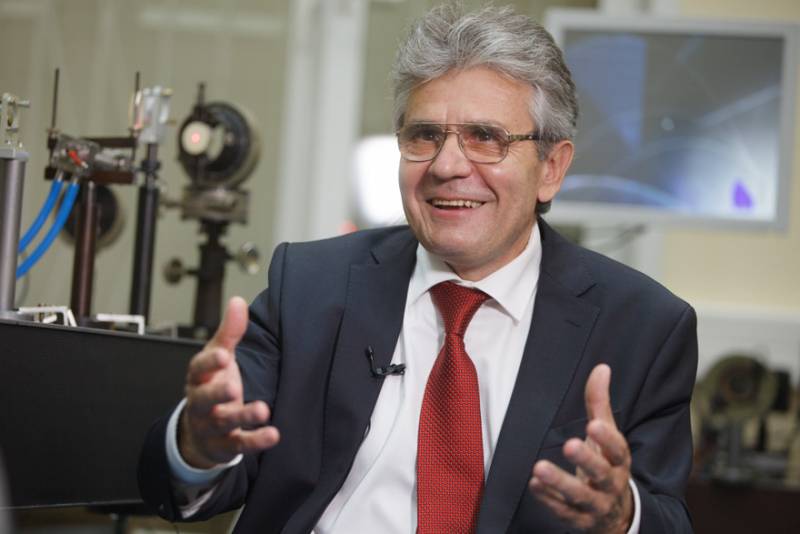 Speaking about the selection of a person for paratroopers or tankers, Alexander Sergeev noted that modern society has become accustomed to the presence of genetic passports from professional athletes. These passports allow you to determine who can shoot better, who can run and for what distances. With regard to the military, we also need to figure out which military specialty is best to choose one or another candidate. Currently, work in this direction is carried out in Anapa on the basis of the military innovation technopolis "Era". At the same time, researchers proceed from the assumption that in the future the military operations will be conducted in a completely different way than is happening today. Not so long ago, any soldier had to cope with stressful situations that inevitably arose during the bombing or heavy shelling, but very soon in the conditions of a real cyberwar, when soldiers can control the drone, being at a great distance from the theater of military operations, stressful situations and The effect of stress on a person will be different, the head of the RAS noted. The wars of the future will be wars of intellects; those who make decisions will be responsible for their outcome. That is why in the military innovation technopolis “Era” they are working on the study of the human genetic nature and people's predisposition to stress, as well as possible options for changing stressful situations in the future.

What do genetics themselves think about a genetic passport for the military?

"Komsomolskaya Pravda" appealed for comments to the general director of the company Genotek Valery Ilyinsky. According to him, a genetic passport is primarily useful for identifying and timely prevention of various diseases. At the same time, no genetic information will help the military enlistment offices identify the “super-soldier”. According to Ilyinsky, the only use of genetic passports in the army may be to identify the risks of various diseases. This information will help to send a conscript to the branch of the military where the risk of developing the identified diseases will be minimal and will not lead to fatal consequences for himself and the people around him. A simple example for pilots is that they do not have the risk of developing a stroke or a heart attack, since the lives of a large number of other people often depend on their health, but if you serve on earth, such a risk will no longer pose a great danger to others. In addition, the genetic passport is very important in determining the identity of the soldier who was killed during the hostilities, Valery Ilyinsky noted.

The editors of the popular science publication N + 1 decided to interview Russian geneticists and find out from them whether the genetic passport and the collected genetic information would help the Russian military enlistment offices, whether there are genes of a sailor or a fighter of a construction bat in nature. Another important question answered by Russian genetics is whether genetic studies can help in determining a person’s inclination, in our particular case of a draftee, for a particular military (civilian) profession, to reveal its stress resistance. 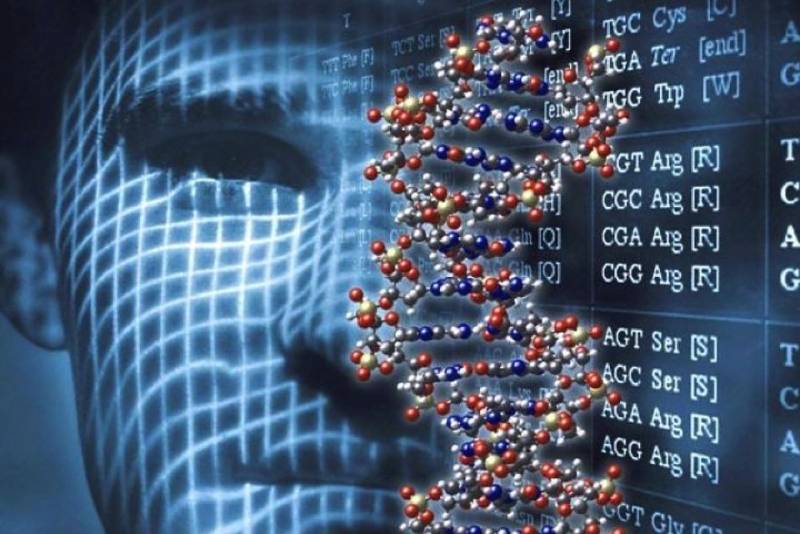 According to Oleg Balanovsky, a professor at the Russian Academy of Sciences, who is the head of the genography laboratory, the idea of ​​using genetics to guide a person’s career did not come in today or yesterday, it’s been around for a long time, but the possibility of translating the voiced information into practice is not obvious. The real examples of the work of genetics include modern sports research, which precisely help to determine the stayer or sprinter is a person. At the same time, according to Balanovsky, even proposals that are based on genetic control of simple features, well studied and obviously important for the choice of profession, face a problem that humanity can not solve in the foreseeable future. This is the problem of predicting the phenotype of a person according to his genotype. The phenotype is based on the genotype, but is a combination of internal and external features, traits and properties of the body, which are acquired by man in the course of individual development. According to Balanovsky, even having information about the human genome in his hands, it is impossible to predict his somatic, and all the more psychological signs. This works for averaged samples, but not when considering each individual person. That is why for the vocational guidance of a person, the necessary signs are much safer, easier and cheaper to measure on the recruit himself than to do a prediction on the genome.

According to Svetlana Borinskaya, who is the head of the genome analysis laboratory at the Institute of General Genetics of the Russian Academy of Sciences, there are several problems with the genetic passport of military personnel. To begin with, it is necessary to determine whether there are genetic differences between a sailor and a tankman in something other than weight and height (these data can be quickly and easily obtained without a genetic passport). In his statement, the President of the RAS spoke about stress tolerance. This statement raises two questions: to psychologists - are there differences in stress resistance among seamen and tankers; geneticists - are genetic differences at the heart of differences, or are these differences the result of training and education of a person? Indeed, there is also a genetic component in one's resistance to stress (one of the three), but it accounts for only a small contribution to the overall stress tolerance of the individual. Much more important for the formation of stress resistance has a vital история each individual person. Of great importance is the stress that a person endured in the course of his life and whether they left their mark on him. The third component of stress tolerance is the ability to deal with stress and a stressful state, but this is the result of targeted education and training. 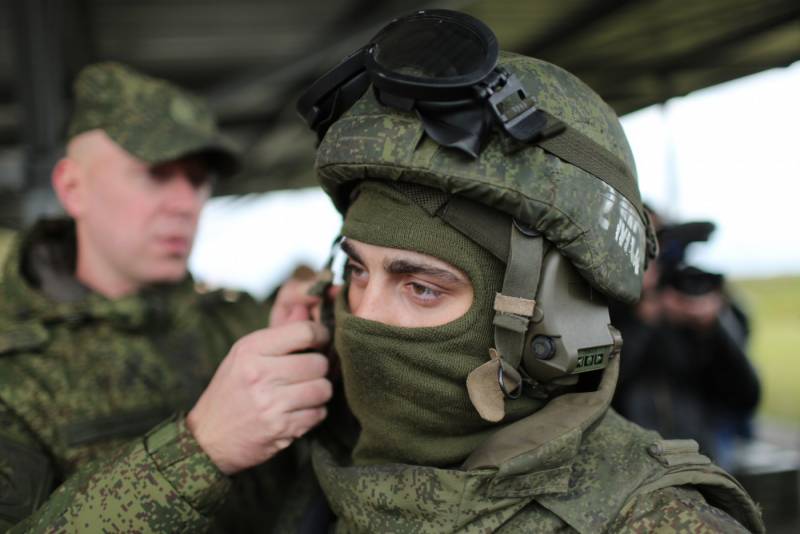 Genetic passport for civilian use

In March, 2019, Russian President Vladimir Putin signed a decree creating genetic passports. It is planned that such documents, which are adopted for ensuring biological and chemical safety, may appear in our country before the 2025 year. Rejecting the very possibility of obtaining genetic passports for all Russians before 2025, one can single out the main utilitarian aspects of using such passports that can be used not only by the military, but also by ordinary citizens in Russia and other countries of the world. By the way, Russian geneticists believe that it’s realistic to prepare genetic passports for all Russians in five years, but it would be worth starting work in this direction only yesterday.

According to experts, a genetic passport, which will be compiled for each citizen of the country, can help in solving a large number of tasks. Among them, there are: forecasting the risk of developing serious, life-threatening diseases and searching for people who have committed certain crimes, a passport can also help develop the screening technology of human gene pools. A genetic passport can be useful for the formation of a person’s career guidance, for example, today a genetic passport is in demand in sports, it can also help in identifying any talents.

There may be several appointments for a person’s genetic passport. The first and most obvious one is identification of the person to identify the bodies of those killed in accidents and catastrophes (in fact, it is very important today for military personnel, very often to establish the identity of the person killed during the hostilities, a genetic examination is required), also to search for people who have committed various crimes. 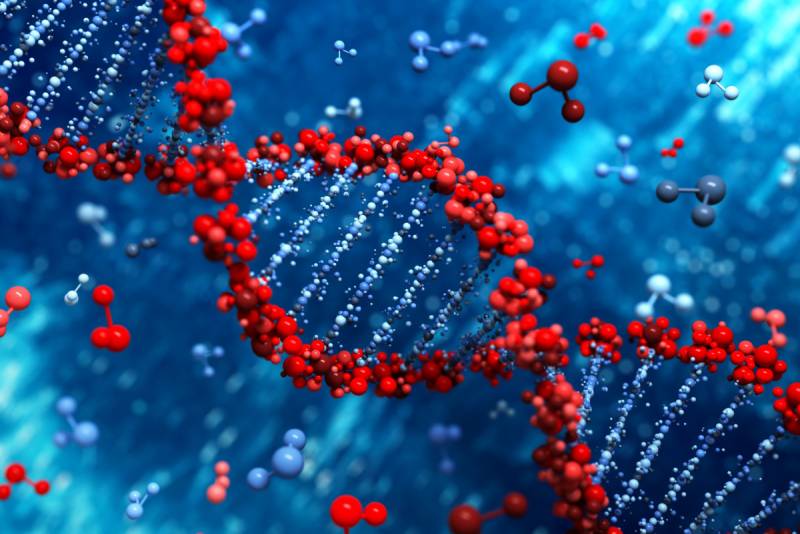 The second option for the use of genetic passports is the prediction of inherited diseases (mainly rare), the planning of children. In the modern world, a couple, even before marriage, can conduct a screening survey, which will help determine the risk of having a child with these or other inherited diseases. In the event that the risk of a hereditary disease is high, a couple may be advised to have a prenatal selection of germ cells, which will help ensure the birth of a healthy baby. However, in some cases, all cells can have a mutation, in which case the probability of having a child with a hereditary disease will be 100 percent. Then only gene therapy will be able to help future parents, but scientists believe that this service will be available to the inhabitants of our planet not earlier than in 15-20 years. So far this is only a promising genetic technology.

The third direction of the use of genetic passports is the prevention of the development of any pathologies and diseases and the development of individual measures aimed at their prevention. In addition, the passport will help doctors determine which drugs the patient responds best to, which dosages are indicated to him and will not harm health. Experts believe that this is the most important of all the tasks that the state has set itself, which is interested in healthy and efficient people. A healthy worker is the basis of the state, the same taxes and the absence of hospital and other social benefits. Ideally, a genetic passport should help to increase life expectancy (more people live to retirement), reduce the risk of spreading diseases, and improve the quality of human life.