Shooting at the US military base Fort Bragg: one person died 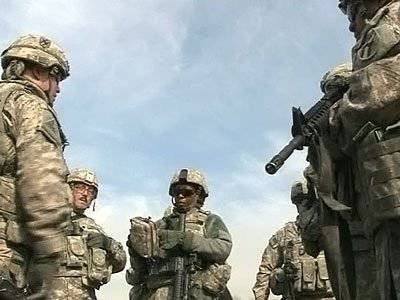 One soldier died as a result of the shooting that took place on Thursday at the Fort Bragg military base in the US state of North Carolina. According to authorities, two more people were injured, including the gunman himself.


As the representative of the base, Kevin Arata, said, a soldier, whose name was not disclosed, during the general meeting of the unit he shot his colleague, wounded another, and then shot himself. The attacker is arrested, the motives of his actions are not yet known. An investigation into the incident began by the military prosecutor's office.

In Fort Bragg is the command of special operations of US ground forces. In addition, units of the 82 airborne division and the 18 airborne corps are stationed there, ITAR-TASS reports.

Ctrl Enter
Noticed oshЫbku Highlight text and press. Ctrl + Enter
We are
The action “Military service under the contract is your choice!” In Rostov-on-Don: future contract servicemen, exhibitions and “Russian Knights”North Korea promises a “sea of ​​fire" in response to "provocations"
Military Reviewin Yandex News
Military Reviewin Google News
122 comments
Information
Dear reader, to leave comments on the publication, you must to register.