Will there be a new moon race with China?

29 2012 June
23
While European countries are “passionate” about economic problems, sometimes not even their own, and the United States has a strong interest in human rights in the Middle East, the largest country in Asia continues to build its economy and explode upwards. And tear in the truest sense. With virtually no outside assistance, China in recent years has shown a very good pace of development of astronautics. Moreover, in the list of countries that have their own manned astronautics, Celestial is in third place. There is reason to think. 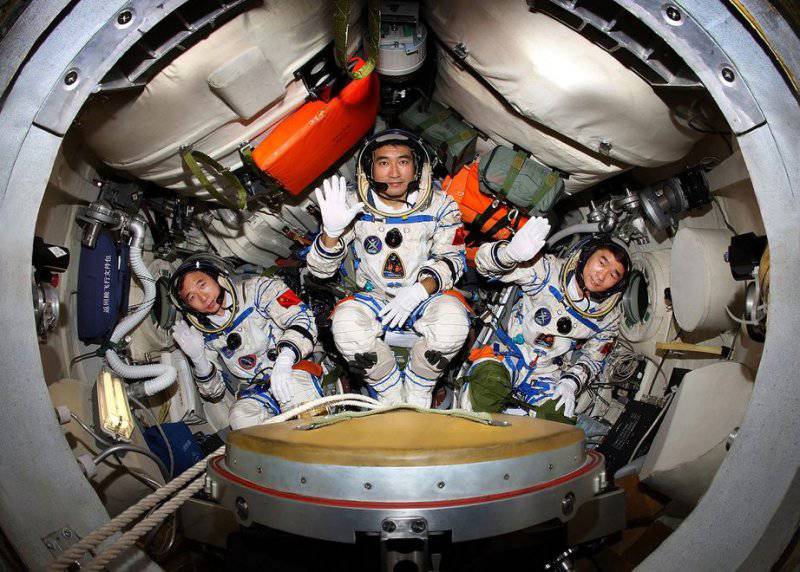 Currently, Chinese engineers are conducting several projects related to space exploration. Beijing simultaneously "hits" in the direction of disposable and reusable manned spacecraft, space "trucks", as well as, in a more distant future, the flight to the moon. According to last year's statements by the leaders of the Chinese space program, China will become the second country to send its citizen to the natural satellite of the Earth by the 2020 year. To put it mildly, a bold statement. At the same time, taking into account the initiative of the Chinese, it is impossible to reduce everything to a joke - China can really rotate the lunar “operation”, it’s just a matter of time.

This time itself should be used with maximum efficiency - otherwise the second place in the manned lunar race can be gained by other countries. But in this stories interesting another. A number of foreign experts put forward unusual and unusual, but in some way believable versions of further developments around the study and exploration of the moon. First of all, they hint at the unfriendliness of China as such. Accordingly, Beijing can not just disembark the Taykunauts to the satellite and return them back, but also arrange regular “flights” there and back. At the present level of development of the entire Earth astronautics, it looks more like fantasy, but the development of the industry does not stop. In principle, with the beginning of space exploration, such thoughts were expressed regularly: the imagination drew the permanent cities on the moon and “trips to the Komsomol vouchers”. But reality over time completely dispelled these dreams. Now it seems they are starting to return.

The aforementioned opinion about the unkind intentions of China today serves as a peculiar reason for suspicion of attempts to colonize the satellite of our planet. In favor of this version, the words from last year's statements by the head of the National Space Administration of China Sun Layan are quoted. He believes that test flights with short walks, like the expeditions of N. Armstrong and his colleagues, should be followed by serious construction. On the moon, you need to create a permanent base. It would seem that such a new comrade Sun said? But this is enough to spread rumors about the likely Chinese claims on the lunar surface. It should be noted that as early as 1967, the USSR and the USA signed the “Treaty on the Principles of the States' Activity in the Exploration and Use of Outer Space, including the Moon and other celestial bodies”. According to this document, countries could not use space to deploy offensive weapons. As for the Moon, according to the Treaty, it was declared a demilitarized zone - it can be used exclusively for peaceful purposes. The second international agreement that simply needs to be mentioned in the context of the "sharing" of a satellite is the "Agreement on the Activities of States on the Moon and Other Celestial Bodies." This document is in general terms reminiscent of the previous Treaty, but it already stipulates the inadmissibility of attempts to declare the Moon or any other celestial body, either wholly or partially, as its property. You will tell nothing, a reasonable condition. Only there is one "small" problem. Of all the 17 countries participating in this Agreement, only France has a more or less serious space program. Kazakhstan with the Baikonur inherited from it can hardly be called a space power. In other states, the space program is either completely absent or in its infancy. Large countries with a developed space program - the USSR / Russia, the USA and China did not sign this agreement and, most likely, will never sign it. So, a good idea underlying the Agreement on Activities on the Moon was in fact discredited by the joint efforts of countries that had little to do with cosmonautics.

Accordingly, any of the space powers can safely land their astronauts on the moon, build a fence there and declare the fenced territory as their own. Of course, such things will cause a negative response from the international community. Nobody can only present any documentary evidence of the inadmissibility of such actions - the Agreement on Activities on the Moon does not have sufficient force. So, China, as a country that has set the boldest deadlines for exploration of the moon, may well try to do this development not only with the help of short-term expeditions.

So, with the theoretical possibility of colonization by earthlings of the Moon, we figured out. It may well happen, give only time. But the question of reasons remained open. Why, one wonders, should China, Russia or the United States carry residential buildings and border posts to the moon? First, it is prestige. Everyone remembers the glory of the first satellite and the Vostok-1 from Yu.A. Gagarin on board. It also remembers the success of the Americans in the lunar race of the sixties and the failure of the Soviet Union. In other words, any major leap in cosmonautics glorifies the country that realized it and in some way dishonored competing states. Therefore, the country that first landed its astronauts on the natural satellite of the Earth in this century will significantly improve its position in astronautics. In particular, such opportunities in the space industry of one of the countries will very transparently hint to many potential customers that it is up to anyone else to put their commercial vehicles into orbit. Thus, a successful expedition to the moon improves the country's image, entails the development of technology and attracts finance to the industry.

The second reason why the Moon should be settled in is its “natural wealth”. It is obvious that the satellite of our planet has deposits of various minerals. Another thing is that we are still barely known for their qualitative and quantitative composition. At the same time, satellite features allow us to hope for relatively easy conditions of their extraction. First, there is no biosphere on the moon. Accordingly, the removal of volumes of matter will have absolutely no effect on the state of the inhabitants of the celestial body, which are absent in principle. Secondly, less gravity will facilitate the work of mining equipment and personnel. The main thing - do not overdo it and do not reduce the mass of the satellite in appreciable limits. Otherwise, the Earth may suffer due to a change in the gravitational forces. Only here all the advantages of mining have a bad feature. From Earth to the moon "just" 360-400 is thousands of kilometers. With the modern level of development of space technology, even banal iron ore, together with delivery to Earth, will cost no less than “native” earth gold. Those. Extraction of minerals on the moon can be beneficial only in the case of any substances that are not found on our planet. As an option, for the construction of objects on the moon itself. But we have not yet reached such a level of satellite development, and its need will be seriously doubted, at least in the next 10-15 years.

Anyway, there are currently all the prerequisites for the resumption of the moon race. At the same time in the "second round" there will be new participants - China and united Europe. Currently, this competition looks quite interesting. The USA cuts down expenses on astronautics, first of all at the expense of the lunar program; Europe is experiencing economic difficulties that not a bit contribute to raising the priority of space research; Russia is planning a manned flyby of the Moon only at the end of the twenties, and China, in turn, is only taking its first steps in orbital flights. We can say that with the exception of some moments, all participants of the new race are approximately in the same position. Even more interest in the lunar "competitions" is added by the fact that the exploration of the moon at the beginning - for quite a long time - will have purely scientific results. Of course, many countries attach great importance to science, but in this case we are talking about unprecedented high costs. Thus, in the coming years, we can see a new competition of states and feel the "sporting" spirit of the sixties of the last century, accompanying the first steps of humanity in space.