Shooting under water. DSG Technology and its cavitating bullet

4 2019 June
35
In 2017, DSG Technology from Norway introduced a self-developed cavitation bullet to the general public. The ammunition created by the Norwegian engineers allowed to confidently hit targets both on land and in water. This is very important if you consider that standard ammunition is able to fly several kilometers, but, once in the water, they cannot advance further than a few meters. The Norwegian 7,62-mm CAV-X bullet does not have this disadvantage. 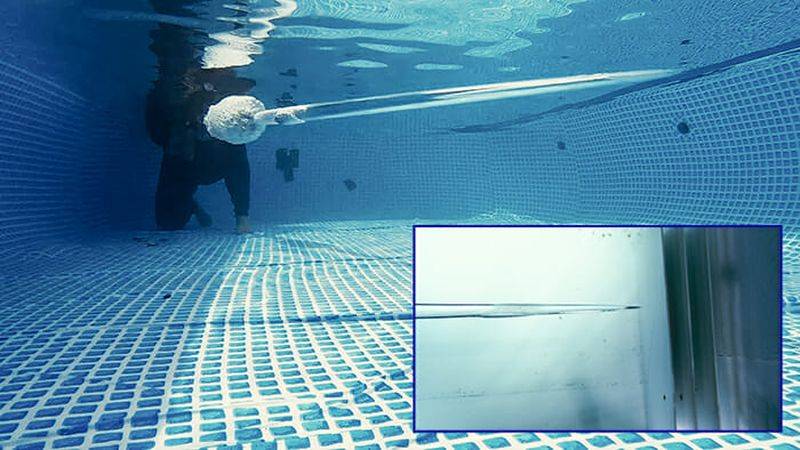 At the end of May 2019, the Norwegians demonstrated the capabilities of a cavitating bullet in order to prove its effectiveness in practice. Now the DSG Technology company owns, albeit unofficial, but a record breaking through a special ballistic gel or gelatin, which the bullet successfully pierced before hitting the target, which this time used a watermelon. It is known that the new Norwegian 7,62-mm bullet was able to overcome four meters of ballistic gelatin. Ballistic gel or gelatin called special gelatinous materials that are designed to simulate the physical properties of the tissues of the human body, in fact, they replace the flesh. This material is widely used today in conducting tests of ammunition for rifle weapons, as well as explosive devices and mines, helping to pinpoint their destructive capabilities.

The cavitation-effect bullets presented back in 2017 use the same principle that was implemented in the Squall high-speed underwater torpedo missile developed in the late 1970s in the Soviet Union. Thanks to the use of the cavitation effect, the Norwegian bullet is able to more effectively hit objects located in the water. In order to once again confirm this statement and demonstrate the characteristics of the CAV-X munition, DSG Technology experts prepared a special video showing how the new 7,62-mm CAV-X bullet moves in a ballistic gel. As a comparison, there was a place on the video for a shot with the usual NATO cartridge caliber 7,62x51 mm. The standard for NATO automatic weapons bullet was able to overcome only half a meter of ballistic gelatin. In contrast to the conventional bullet, the new Norwegian cavitating bullet CAV-X was able to easily overcome four meters of ballistic gelatin, hitting a target located at the end of the distance. An important feature is the fact that the trajectory of the CAV-X bullet remained unchanged all the way to the target.

The watermelon, which portrayed the target in a ballistic gel tunnel, fell victim to a new CAV-X Norwegian cavitating ammunition. The bullets for this ammunition are made of tungsten and covered with a brass shell on top. Such a scheme allows the use of new cartridges and with standard samples of small arms of the Norwegian army. DSG Technology assured journalists that the new ammunition has a special bullet shape that allows the CAV-X not to ricochet off the water surface even at small meeting angles, forming a kind of air bubble around the bullet, from which another definition of the Norwegian bullet appeared. bullet from the bubble. The resulting air bubble allows the bullet to move in the aquatic environment with the lowest possible loss of speed, and the trajectory of the flight of the bullet remains unchanged over the entire effective firing range. The Norwegian developers have announced the following values ​​of the effective firing range for the new CAV-X cavitating ammunition. For cartridges of caliber 12,7 mm, these values ​​are equal to 2200 and 60 meters for air and water, respectively. The smaller CAV-X ammunition bullets, 5,56 mm and 7,62 mm, retain their effectiveness under water at a distance of 14 and 22 meters, respectively.

Cavitating bullet CAV-X and its features

It is known that ordinary modern weapons are able to fire under water, but not suitable for these purposes. There are a lot of explanations for this: from the fact that the weapon uses materials and the principle of operation, not intended for use in the aquatic environment, to the inertial resistance of the liquid and much greater than that of air density, which does not allow automation to quickly reload the weapon. In addition, the weapon can simply fail due to hydraulic shocks, and the contact with water is harmful to lubrication and can cause rust. Modern pistols and machine guns are simply not designed for use in such harsh environments. The same is true for bullets, which almost instantly lose their destructive power, becoming simply useless. Against this background, the film Rescue Private Ryan, in which Spielberg went to violate all the principles and laws of physics for the sake of spectacular shots, is indicative. When repelling a landing at the Omaha site, German machine-gunners effectively kill American soldiers under water, although ordinary bullets can not only ricochet off the water surface, but almost instantly lose their lethal force, changing the trajectory.

This behavior of conventional ammunition in water is easily explained by their aerodynamic shape, which makes the trajectory of the bullet under water almost unpredictable. According to experts, at the border of the water layers of different temperatures, the bullet can simply ricochet. Moreover, because of its shape, a bullet very quickly loses all of its energy, and with it, its destructive power, becoming a useless piece of metal. For this reason, it is extremely difficult to hit the enemy in water from conventional weapons; even a Kalashnikov assault rifle will not help when firing from a short distance. Another factor that does not allow efficient use of standard types of bullets under water is that ordinary bullets from lead with a tombaca shell can be deformed and simply collapse. 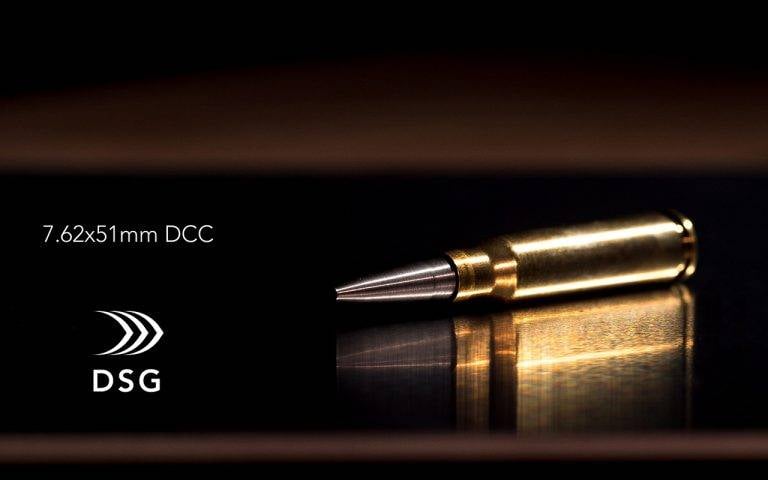 Life, as we know, is not cinema, so in many countries special armaments and special ammunition are being created for underwater shooting. Engineers of the Norwegian company DSG Technology turned to the creation of special bullets, the new ammunition was designated CAV-X. Cavitating Norwegian cartridges are distinguished by a conical shape, in contrast to the classic, lively shape. The CAV-X bullet tip is specially made thickened; after a bullet hits the water, it assumes the role of a cavitator, creating a so-called cavitation cavity around the bullet, which allows you to hit targets underwater at a distance that ordinary bullets cannot even dream of. CAV-X cavitating ammunition provides a bullet with the preservation of kinetic energy under water, while they are not much longer than the usual bullets of the same caliber.

The Norwegians have already presented the CAV-X line of ammunition in three main calibers of small arms: 5,56, 7,62 and 12,7 mm. In this case, the cavitating effect can be realized in large-caliber ammunition, up to artillery shells of 155-mm caliber. Another thing is that the methods of using such shells and the expediency of their use in practice raise a lot of questions. So far, it is not clear even with what weapons the new Norwegian CAV-X cartridges will be used, since conventional weapons are not suitable for underwater use without making changes to the design. Although no one forbids the Norwegians to use such bullets for firing at underwater objects from land, for example, to fight underwater swimmers and saboteurs. But this is a rather narrow niche, the military does not often encounter the need to destroy underwater objects from land, so it’s at least premature to talk about the massive purchases of Norwegian underwater firing equipment for underwater firing. 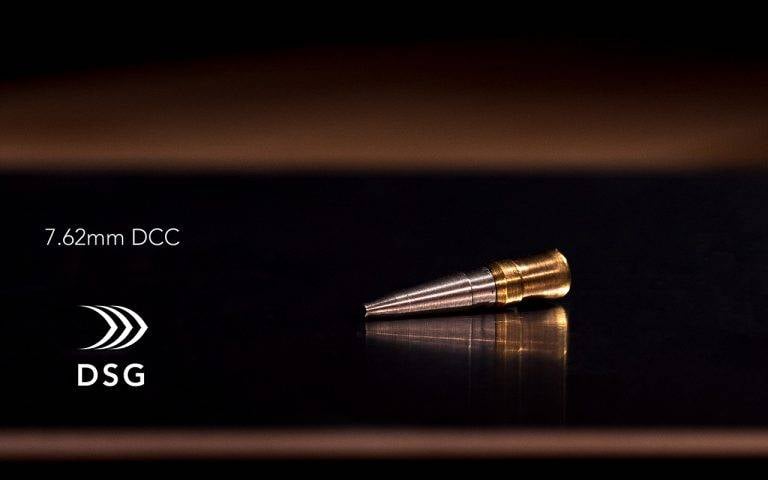 Naturally, Russia has its own underwater shooting ammunition. A well-known example of small arms specially created in our country is the two-medium automatic automatic anti-sablastic gun. This rifle-grenade launcher complex can rightly be attributed to the outstanding examples of the national weapons school. Adopted in 2013 year, the machine, built using modern and popular layout scheme bullpup, equally effective against opponents on land and under water. Especially for shooting in the water for the ADS machine, they created PSP and PSP-UD cartridges in the standard caliber 5,45x39 mm for Russian automatic small arms.

Combat is the cartridge PSP, it is equipped with a bullet, which, as in the Norwegian cartridge CAV-X, is made of tungsten alloy. Training and combat cartridge PSP-UD equipped with a bronze bullet. Cavitating ammunition was specially created for use with the two-medium automatic ATC and proved its effectiveness when firing under water. The combat cartridge is distinguished by the presence of a special tungsten bullet with a mass of 16 grams, a standard steel sleeve of caliber 5,45x39 mm and a charge of gunpowder. In the Russian press it was possible to find information that the bullets of the PSP cartridge retain their destructive power at a distance of up to 25 meters when shooting at a depth of 5 meters. In this case, the energy of a tungsten bullet fired at a target at a specified depth, in 20 meters, is 167 J. 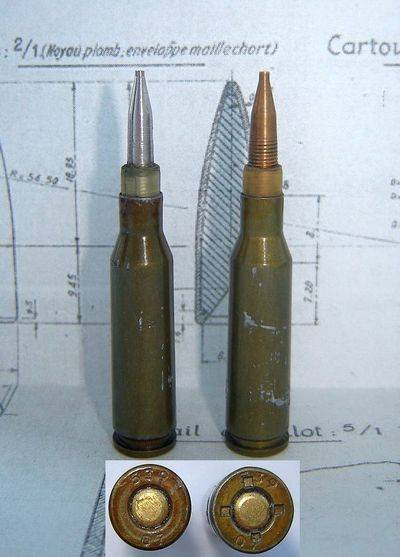 In fact, the secret to using special gunpowder and an unusual bullet, it is already clear from its weight that we are not in the usual ammunition. The shape of the PSP bullet resembles a needle, most of which is recessed in the sleeve. The length of the bullet - 53 mm, but due to the fact that most of the bullet is hidden in the case with gunpowder, the developers managed to keep within the dimensions of the standard Russian cartridge 5,45x39 mm. Another important feature is the presence at the tip of the PSP bullet a special flat platform. When firing under water, such a platform is necessary to create a cavitation cavity around the bullet, it is this that allows you to effectively hit targets separated from the 25 arrow with meters of water. It is worth noting that the training and combat cartridge of the PSP-UD is also distinguished by good characteristics, its bullet is made of bronze, but allows, if necessary, to hit objects under water that are up to 10 meters from the shooter.

35 comments
Information
Dear reader, to leave comments on the publication, you must to register.