CIA in the Kremlin. Who will point a finger at the spy?

29 May 2019
34
Project "ZZ". Russia uses the West. Russians hold the West for fools, the British press is indignant. However, one cannot refuse the objectivity of this liberal press: the publicist John Kampfner admits to the Times that we supposedly behaved like real fools. On the other hand, this is how to look. In the US, they write that close to Putin himself, the bee is a CIA agent working. And in Germany they say that the election to the European Parliament will save NATO from Russian cyber attacks. 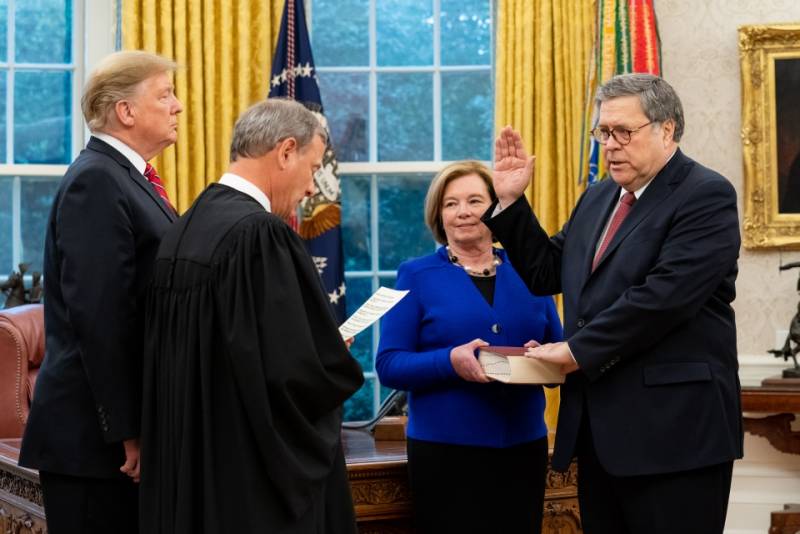 Russians have all enlarged

John Kampfner through an influential newspaper The Times told the world about the fools living in Albion.

Mr. Kampfner is a former executive director of the Creative Industries Federation in the UK. Born in Singapore, has long lived in London. Publicist, TV presenter, commentator, reviewer, author of books, specializes in modern stories, including Russian. The man in the West is very famous.

According to Kampfner, he has long since, from the middle of the 2000s, opposed the fact that London represents something like a “tug” for the Russians. Everything, he said to a Labor minister, knew that "London became the center of money laundering for rich Russians." Why doesn't the government do anything about it? The explanation came, and even sincere: they say it is “good money” [Russian money], and Britain needs to “finance its schools and hospitals”.

Time passed, and a change came. The publicist recalls that with the coming to power of Theresa May in the UK, the rules were tightened, causing some Russian oligarchs to suffer. Someone was denied an entry visa, someone just postponed her issue. But is this a serious change? Kampfner doesn't think so. In his opinion, little has been done. And it was done too late. You see, if any money turns around in the country, they get a legitimate look. And it is already impossible to understand what the "muddy" streams of Russian money (or Chinese money, or money from any other place) turned into. According to the journalist, the Russians "held us for fools, and this is how we behaved."

It's not just about the money. The Russians "laundered" something else: information, the author of the material in The Times continues. Moscow conducted a campaign aimed at undermining Western democracy. For five years, fake news has been published and institutions of the West have been slandered. And as a result, it turned into a “political norm”. Western parties are doing the appropriate work for Russians: “Alternative for Germany”, the party Marine Le Pen in France, “The Brexit Party” in Britain. And if before London fell for money bait, now it is paying for its own unwillingness to deal with misinformation.

As long as London cans, NATO has one leg here and the other there.

NATO supports the European Union by ensuring the security of the European parliamentary elections and protecting the EU from cyber attacks by Russia, writes Christoph Schlitz in a German newspaper «Die Welt».

“NATO and the EU exchange information about malware and cyber attacks in real time, and also make joint efforts to prevent misinformation campaigns on the network,” said NATO Secretary General Jens Stoltenberg in an interview.

A group of NATO experts met with experts from the EU to discuss “concrete measures to prevent cyber threats and misinformation in the context of the European elections,” Mr. Stoltenberg said. It is known, he said, that Russia "intentionally interferes in our democracies, especially in elections, by means of disinformation and cyber attacks."

The article also notes that the Internet has become for NATO "one of the most important areas of modern warfare." That is why "in recent years, the cyber capabilities of the alliance have been expanded."

As long as the brave NATO Secretary General in the Old World protects the European Parliament against the “disinformation and cyber attacks” of the Russians, an even braver American sits right in Putin’s inner circle and delivers reports to the CIA.

CIA agent breathes in the head of Putin

President Trump's order, allowing US Attorney General William Barr to declassify any intelligence related to Russia, creates a “potential confrontation” with the CIA, because it deprives the agency of the most important power: to choose which secrets to share and which to hide further. Trump's behavior is explained simply. Mr. Trump himself demanded that Mr. Barr “get to the bottom” of the fact that the intelligence services are aware of the investigation into his (Trump) election campaign. He promised to "expose everything."

Thus, the President of the United States has raised the issue of the CIA. Attorney General Barr now wants to "learn more" about sources in Russia, including

"About a key informant who helped the CIA to conclude that President Vladimir Putin gave an order to intervene in the election of the 2016 of the year."

And not only the United States is involved: Mr. Trump “called in” for help from two close allies of the state, the United Kingdom and Australia. Trump would like the attorney general to examine their role in intelligence sharing "about Russia's intervention."

The decree on such a declassification constitutes Trump’s “retaliation” for an investigation conducted earlier by Special Prosecutor R. Muller, the authors of the material consider.

The intelligence services have already responded: they sent a "signal" that they, they say, "are not easy to give up their secrets." However, Dan Coats, director of National Intelligence, promised to cooperate. But with a caveat: he referred to the "long-established standards for the protection of classified information," since a different approach would "endanger our national security."

And yet, “ultimately, the authority to declassify documents belongs to the president,” the authors of the article remind. Therefore, Trump's delegation of relevant authority to Barru effectively deprived Coates and the CIA of "control over their own secrets."

The representative of the US Department of Justice has already announced that Mr. Barr has requested the declassification authority from Trump. 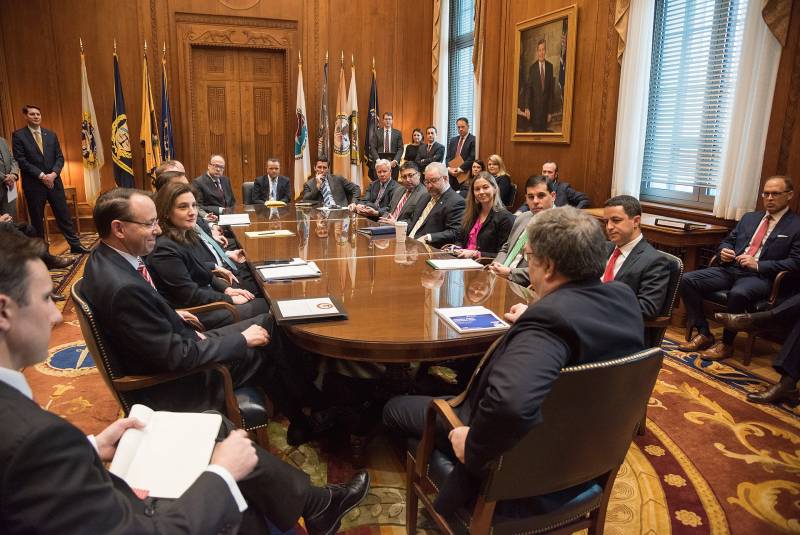 Mr. Barr at the meeting in the Ministry of Justice

According to former officials, the most well-known source of information from the CIA about Russia's interference in the elections was “a person close to Putin.” This person gave the “information”. The “source” presented the “evidence”, and it was based on the intelligence conclusion that President Barack Obama made public before leaving his post. It was a conclusion that “Putin himself stood behind the burglary”.

According to officials, the long-running "source" of the CIA has already risen to such a position that allowed this informant in 2016 to present the agency with "key information on the role of the Russian leadership in the intervention campaign."

John O. Brennan, director of the CIA under Obama, did not allow the reports of this "source" to the daily presidential briefing, fearing that the documents would receive "too much publicity." This is claimed by the “officials” interviewed by journalists. Instead, Brennan put them in an envelope meant for Obama and a narrow circle of helpers.

According to former officials, some revelations of intelligence operations related to the 2016 election campaign of the year have already aroused the ire of British, Australian and other state officials who are closely associated with the two countries. Disclosing additional information about British or Australian investigative cooperation may "exacerbate tensions with America's two closest intelligence partners."

Chairman of the House Intelligence Committee, Adam B. Schiff (Democrat), said that Trump's order could be extremely destructive for the CIA and other intelligence agencies. “The President, it seems, intends to declassify the information now in order to use it as weapon"- said Schiff in an interview. And he promised that his committee would closely monitor Mr. Barr's actions during the investigation. “We intend to expose any abuse, any politicization of intelligence,” he said.

Who do you work for, comrade Trampetzky?

The scandal with “Russian interference” in the election of 2016 seems to be gaining momentum again. It is curious that a new interest in the “envelopes” with a report on the Kremlin CIA agent acting in the name of democracy was provoked by President Trump himself. However, his dislike for intelligence services and intelligence services has long been known. In the same way, Mr. Obama’s love for them is also known.

Curious and more. The Trump initiative was hostile to representatives of the UK and Australia. Did their agents penetrate the Kremlin?

And here's another question: for whom does Mr. Trump work, exposing the secrets of the CIA?