21 May 2019
57
Ukraine closes for civil flights aviation and the passage of ships the section of the Black Sea opposite the Odessa region from May 22 to 24 during the firing of the newly developed missile systems such as Alder and Neptune. This is reported by Ukrainian media. 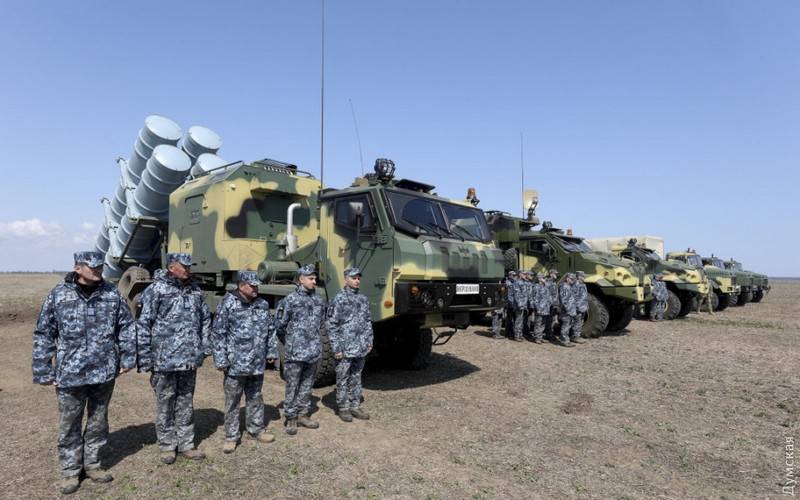 The test program involves preparatory activities on land in the Odessa region with subsequent combat launches, which will take place from 22 to 24 in May of this year. It is reported that the next launches of the Alder-M missile system will take place, as well as Alder-R, the details of which have not been disclosed yet.

In addition, tests are expected missiles with a homing head missile complex PK-360MTS "Neptune". Separately, the program prescribed tests of missiles on the ground and in the air, where it will be tested, placed on a helicopter for testing various modes in height, flight speed, etc.

According to the developers, the Alder missile system is a deep modernization of the Soviet MLRS 9K58 Smerch with adjustable ammunition. The maximum range of the rocket - 130 km. It can be used to destroy both ground and surface targets.

Neptune is declared as an anti-ship missile system designed to destroy warships with a displacement of up to 5000 tons at a distance of up to 280 km. It can also be used for ground targets.

The complex consists of four self-propelled launchers with four missiles each, a command vehicle control, loading and transport vehicles. The weight of one rocket is 670 kg, its high-explosive fragmentation warhead is 145 kg.