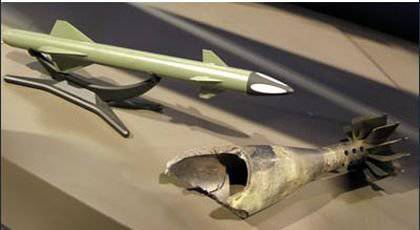 The American aircraft manufacturing company Lockheed Martin presented a unique solution - the EAPS kinetic interceptor missile, which can completely change the air defense armament. In the creation of "EAPS" designers used a miniature technology "hit-to-kill" - a blow to lose. Externally, “EAPS” is similar to a miniature copy of an anti-aircraft missile, about one meter long, 5 centimeters in diameter and weighing three kilograms. The kinetic mini-rocket is intended to destroy in a direct collision many types of air and flying targets:
- anti-aircraft missiles;
- unguided rockets;
- anti-tank missiles;
- artillery shells of different caliber;
- aerial bombs;
- mortar min.

A kinetic interceptor mini-missile as part of the newest air defense system experienced 26.05.2012 of the year at the White Sands training ground in New Mexico. The tests were carried out in collaboration with the RDECOM / AMRDEC technology, weapons and engineering innovation center. During the tests, the kinetic interceptor was launched in a vertical position, after which he performed a number of flight maneuvers to test the aerodynamics in motion, to verify the correct operation of the control system and data collection. According to the developers, in the very near future a full-scale test (with flying targets) of the new air defense system will be carried out.

For the US air defense units of the ground forces, this development is an invaluable contribution at this time - after all, today they have only one such system to counter unguided and guided projectiles. This is an artillery system "C-RAM", created on the basis of the ship's anti-aircraft gun "Phalanx". The main disadvantages of "C-RAM":
- large dimensions, the system is made on the chassis of a four-axle truck;
- insufficient for today range of application;
- causing collateral damage to ammunition that did not fall on the target. 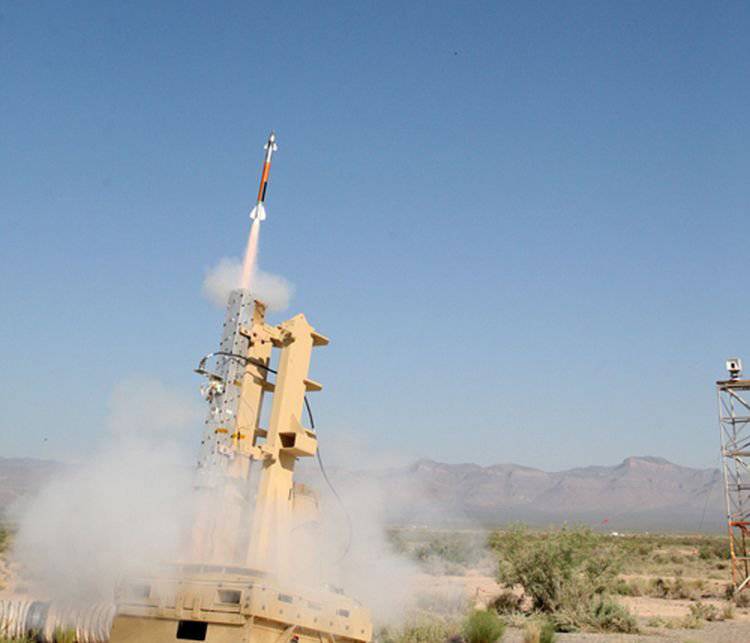 The latest kinetic mini-missile interceptor "EAPS" does not have the above disadvantages and intercepts ammunition and missiles at a safe distance from the protected unit. The applied fire control system ensures the destruction of the target with a direct hit. Today, only SM-3, the anti-missile defense of the United States, can boast of this.

EAPS is designed as a small mobile forward-based air defense system. The chassis used is not specified, but it is probably “HMMWV”. The small size of the rocket and, accordingly, the launcher, in principle, will allow to install / re-equip any armored vehicle used in the ground forces of the United States Army. Such a solution can dramatically increase the protection of armored vehicles and personnel of infantry units from enemy artillery and mortar fire. It should be borne in mind here that the new system will not be able to provide protection against massive artillery fire or against the use by the enemy of complexes of multiple launch rocket systems.

The main purpose of the EAPS system is to intercept and destroy single targets such as a projectile / mine, creating an original umbrella over the protected subunit, which will weaken the fire impact on the subunit. To obtain target designation of a kinetic mini-missile interceptor, modern counter-battery radars of the "AN / TPQ-36" type can be used.