In Ukraine, proposed a draft of a new combat vehicle for the Marine Corps

April 26 2019
48
On the armament of the Marine Corps of the Naval Forces of Ukraine in the near future may receive a new modern combat armored vehicle. It is reported by the national industrial portal with reference to the Ministry of Defense of Ukraine. 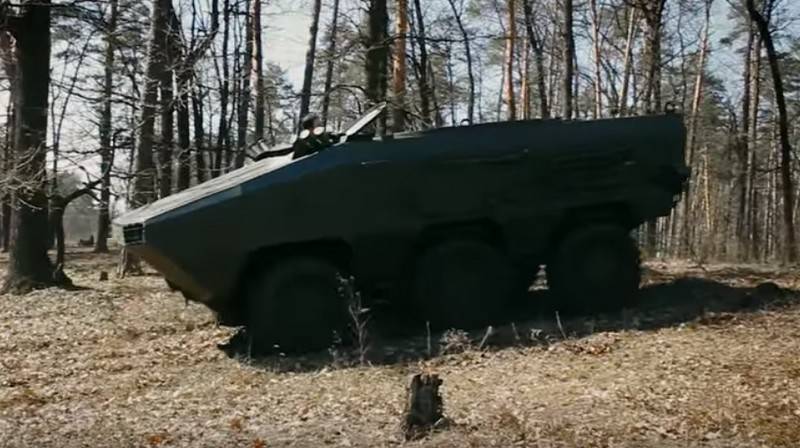 As reported, 19 of April at a meeting with the Deputy Minister of Defense of Ukraine, Lieutenant-General Igor Pavlovsky, addressed the issue of providing the Marines of the Navy with a combat vehicle specifically designed to carry out the tasks inherent in these units.

It is proposed that in a variant for the Marine Corps BBM "Ataman" will have a total weight in 23500 kg, with payload will be at least 5500 kg. The crew of the combat vehicle - 3 person, while in the troop compartment to be carried 6 marines in full combat gear. Installation of a diesel engine Deutz 410kW / 558 hp is assumed. with automatic transmission. Wheel formula 6X6.