3 May 2019
71
In the international arms market there is a significant amount of self-propelled mortars and mortar installations for mounting on equipment. One of the most interesting developments of this kind is the Cobra system of the Swiss company RUAG Defense. This project was presented in 2015 year, and to date, according to the results of tests, a Cobra-based self-propelled mortar has been recommended for adoption by the Swiss army.

Based on known solutions

Product RUAG Cobra is a mortar combat module in the form of a turntable, weapons and controls, assembled into a single structure. A characteristic feature of this module is the presence of several covers, giving it a recognizable futuristic appearance. The module can be mounted on various wheeled and tracked platforms that can withstand loads when firing. In the construction of a mortar there are no fundamentally new solutions, however, it is a rather successful compilation of well-known and mastered ideas. 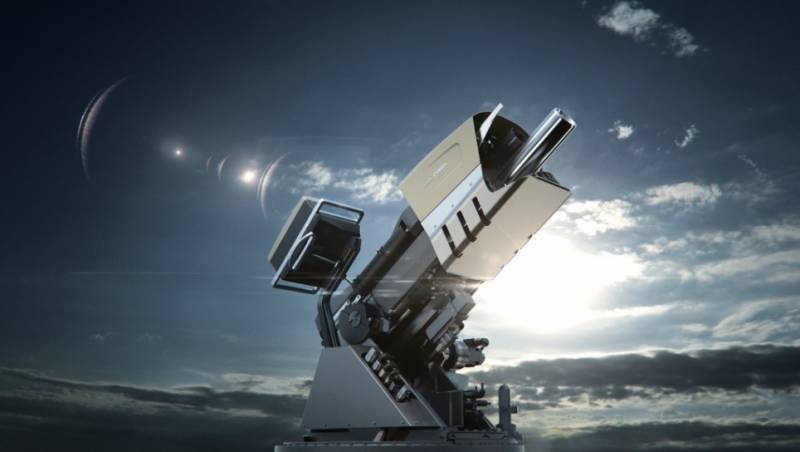 The main element of the Cobra system is a smooth-bore 120-mm mortar, charged from the barrel. The standard barrel length is 2 m. There is also a modification with a trunk shortened to 1,6 m. For conducting firing practice, it is proposed to use a barrel liner with an internal diameter of 81 mm - this allows the preparation of mortar guns using less expensive ammunition. The barrel is suspended on hydropneumatic recoil devices and is associated with guidance systems.

Directly above the barrel is placed loading mechanism. The ammunition is offered to be laid manually on the machine, after which the mechanisms independently send it in the direction of the barrel and are placed in a tubular cassette. Then the cassette is aligned with the mortar point, and the mine goes into the barrel. After removing the cassette from the barrel, a shot is fired. The moving parts of the loading mechanism operating near the muzzle of the mortar are equipped with shields.

At the request of the customer, the Cobra system can be manufactured without a loading mechanism. In this case, the mortar turns into a muzzle-loading gun with manual loading, but retains all other fighting qualities. 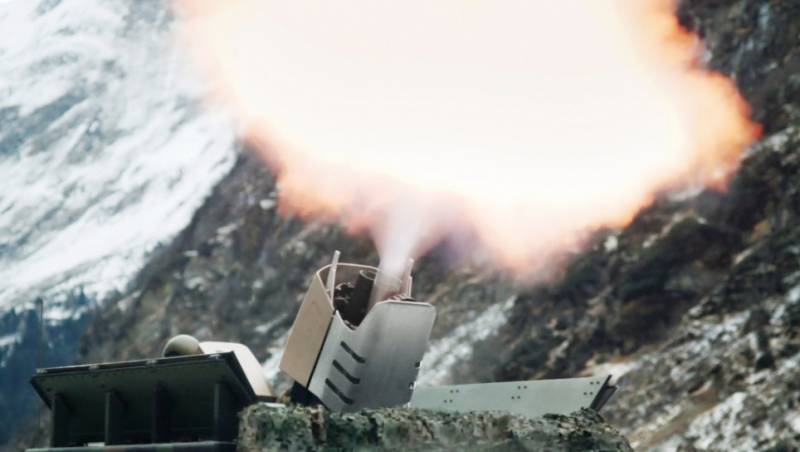 Mortar targeting is carried out using electric actuators integrated into a turntable. Horizontal circular guidance or with restrictions on the design of the carrier machine. Vertical - up to 75-80 hail. Changing the elevation angle for loading is not required.

All processes are controlled from the gunner’s console. It is located on the side of the swinging part and has all the necessary controls, as well as a monitor for issuing information. The fire control system includes satellite navigation, a ballistic computer and aiming control devices. The OMS is connected to the communications and command and control facilities, which simplifies target acquisition and processing of target data.

Provides several modes of firing. In particular, there is an MRSI mode. There is a training mode in which shooting data are calculated for 81-mm min. 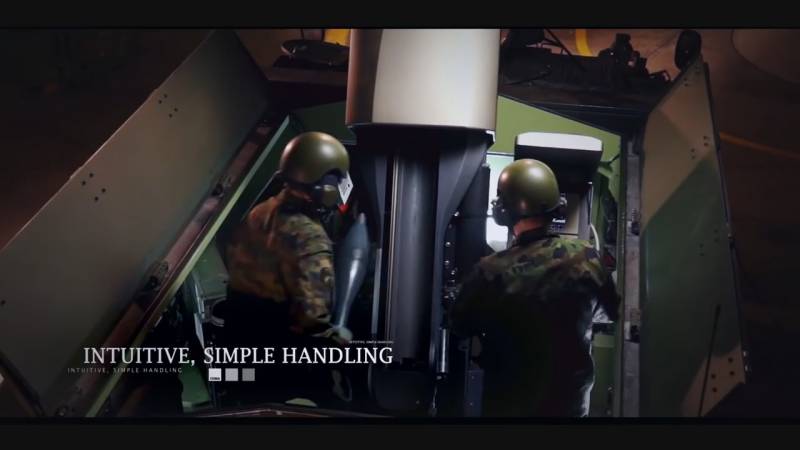 The promotional materials indicate the ease of the gunner and the speed of the SLA. The first shot can be made less than a minute after entering the position. RUAG Cobra self-propelled mortar can drop out of position immediately after completing the shooting without any preparation.

The product RUAG Cobra has a limited size that allows you to mount it on different armored platforms. The weight of the combat module in the complete set - 1350 kg. Rejection of the loading mechanism facilitates the module on the 150 kg. In addition to the mortar system itself, the carrier must be installed laying for the ammunition necessary capacity. Calculation of the combat module - two or three people. The operator-gunner and one or two loaders should work with him. 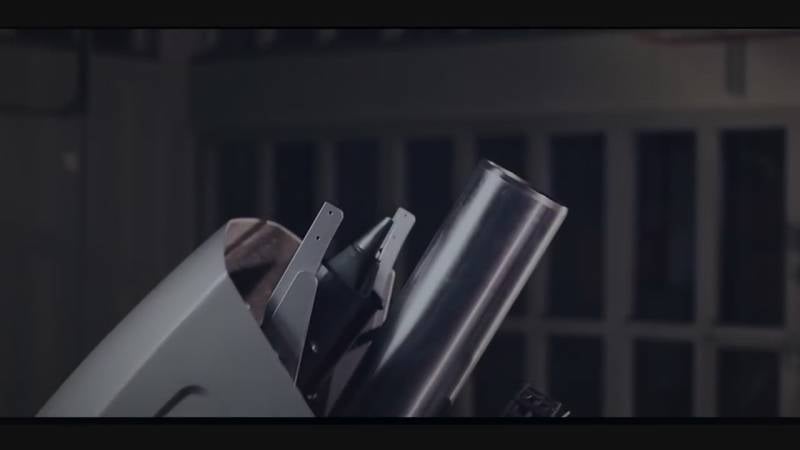 The Cobra can use any existing unguided and guided mortar mines of the 120 caliber mm. When using the main "long" barrel range reaches 7-9 km. A shortened barrel or training mode involving the use of an 81-mm liner shortens the range.

The RUAG Cobra system was first shown to the public and to specialists in 2015. By this time, factory tests were performed using the combat module and the carrier vehicle. In May, the 2016 began testing with real shooting. Around this time, the Swiss army became interested in the project, looking for new artillery systems to supplement the existing ones. 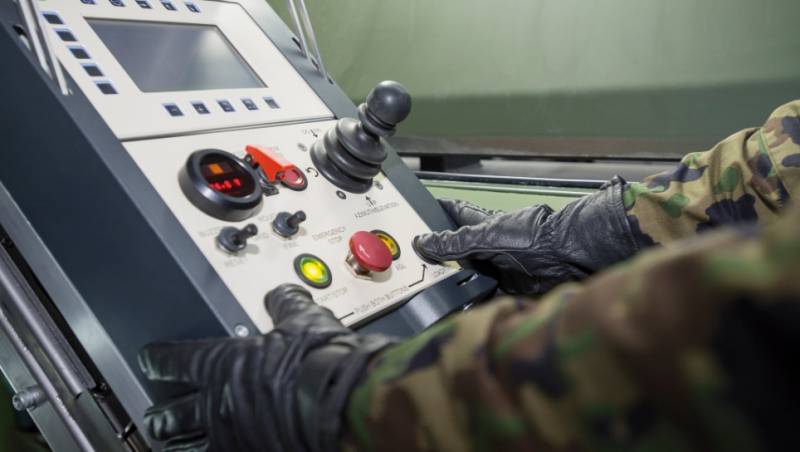 Self-propelled mortars for Switzerland will be built on the basis of the four-axle chassis GDELS-MOWAG Piranha 3 +. To install the Cobra module, such a chassis receives a low superstructure above the aft compartment. Inside the corps it is planned to install the actual combat module, space for mortars and stacking for ammunition. The crew of a self-propelled mortar for Switzerland will consist of four people - the driver, the commander-gunner and two loaders. The combat weight of the armored vehicle is 30 t. The driving characteristics do not suffer from new weapons.

The RUAG Cobra self-propelled mortar on the Piranha 3 + chassis has already been tested and recommended for use. However, the supply contract has not been signed yet. It may appear this year, and the first serial armored vehicles will go to the troops not earlier than the next.

Obviously, RUAG Defense created the Cobra mortar for entering the international market and obtaining profitable orders. First supply contract weapons own army will appear in the near future, and in the future it is possible to receive new orders. However, we should not forget that Kobre has to face special conditions in the market and with serious competition. 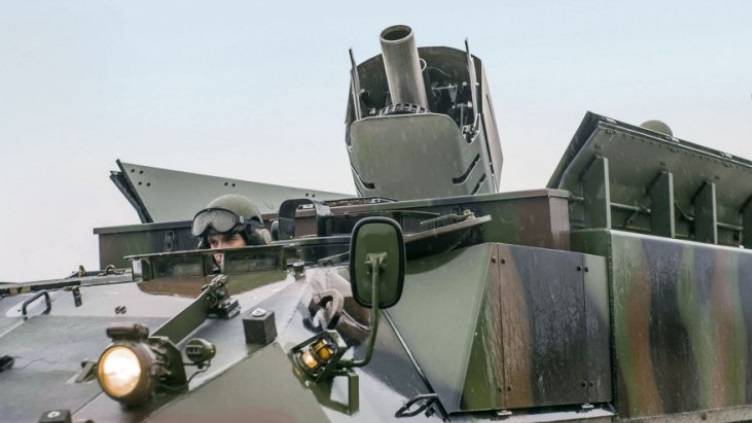 The company-developer notes some main advantages of its combat module. The Cobra product is compatible with different platforms, easy to learn and operate, and also allows you to reduce risks in combat use. The use of electronic SLA and electric guidance should improve the accuracy of aiming and hitting targets. The mortar can use any existing 120-mm shots.

The RUAG Cobra combat module is of interest to potential customers, and in the future there may be new armored vehicles with such weapons built on a particular chassis. However, one should not overestimate the prospects of this development. As practice shows, automated combat modules with mortars are only of limited distribution. 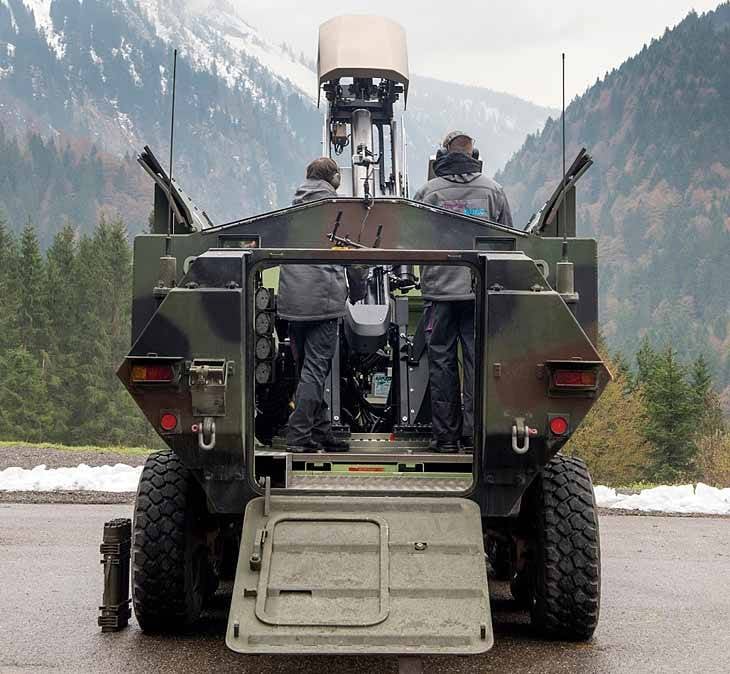 In the context of the Cobra, the Israeli Cardom system developed by Soltam should be recalled. By its architecture and capabilities, Cardo is a complete analogue of the Swiss Cobra system and has the same positive qualities. However, to date, only eight countries have ordered and put such products into service. Other armies prefer to use self-propelled mortars with more simple weapons.

The Swiss project RUAG Cobra cannot yet boast even such success, although it claims to be the same market sector. So far we are talking only about one order, which, moreover, has not yet been documented. Soon, RUAG Defense and the Swiss Army will sign a contract, and this may affect third-country customers. However, the market situation may remain the same, and Kobre will have to maintain the status of a successful, interesting, but small-scale sample.