In the clubs of a poisonous nightmare. Gas cloud atrocities

9 May 2019
48
In previous articles of the cycle we focused on the documentary details of some of the German gas attacks against Russian military units (In the clubs of a poisonous nightmare. "Gases went to our trenches like thick fog" ;In the clubs of a poisonous nightmare. "Poisoning with gas released by the Germans caused severe vomiting ..."). But the enemy conducted gas attacks not only against military units, but also against the wounded.

So, in June 1915 of the year, in Galicia, the dressing station of the 312 Infantry Vasilkovsky Regiment in the village of Latkina was shelled by enemy artillery located at an 1,5 kilometer distance from it (the dressing station was fenced with Red Cross flags, which were visible from the enemy observation post). The nearest Russian military units occupied positions at a distance of about a kilometer from the point located away from the battle line. During this bombardment, enemy shells were fired with choking gases; Many of the wounded at the checkpoint were killed or received new injuries.

How severe the damage could be from the use of a chemical weapons, shows the case of the ordinary 328 Infantry Regiment, 11 June 1915 in Bukovina, on the bank of the r. Dniester exposed to asphyxiating gases. A.V. Brzhostovsky lost both eyes - and the expert doctor came to the conclusion that the eyeballs flowed out under the influence of chemical weapons.

Finally, even more terrible things were happening inside the gas cloud. 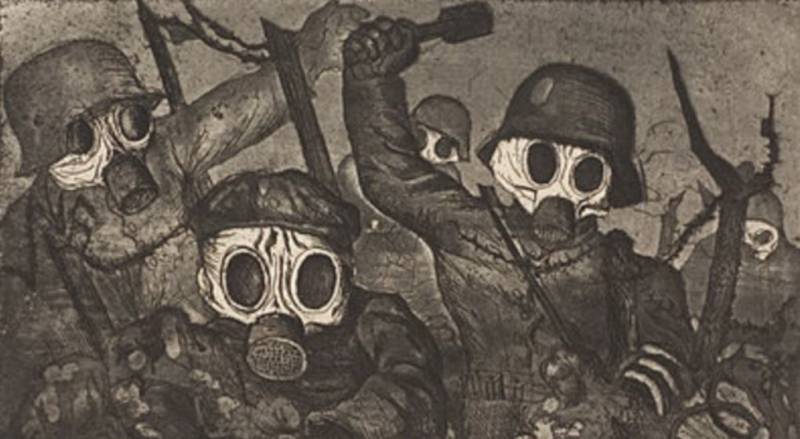 The German infantry who attacked in gas masks and tried to exploit the results of gas attacks, was equipped with special clubs with large knobs - the latter, in order to finish off the poisoned Russian soldiers, were stuck with sharp spikes or nails. But standard weapons, in order to finish off poisoned Russian soldiers, turned out to be more than enough - bayonets, butts, knives were used.

So, working with the Military Journal of the 1 Astrakhan Cossack Regiment, we noted the following significant fact. The Astrakhan Cossacks, together with the soldiers of the 50 Infantry Division, restored their position on the front of the 21 Siberian Rifle Regiment that sustained the German gas strike at Sukh - Volya Shidlovskaya on 24 on June 1915. And many of the poisoned officers, who did not want to be captured in a helpless state, were shot. 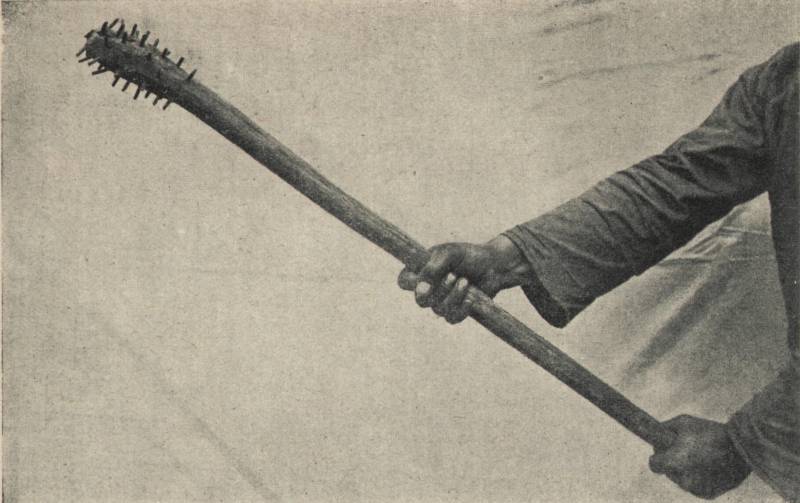 Another document also testified that when on the night of 24. 06. 1915, the enemy conducted a gas attack and some Russian units left advanced trenches, in the last few dozens of seriously poisoned fighters remained. When the temporarily abandoned trenches reoccupied the Russian units, it turned out that the German soldiers killed all the poisoned ones - some of whom had been harassed before.

The corpses of the latter had ripped bellies, broken skulls, numerous bayonet wounds. The act was drawn up by Lt. Col. 22 of the Siberian Rifle Regiment Astafiyev and signed by eyewitnesses. According to the document, among the mutilated corpses were found those with whom the Germans in different parts of the body (including the eyes) drove in Russian cartridges. The corpse of one soldier had bare buttocks, and a bayonet was stuck in the anus. 20 corpses had ripped stomachs, and 1 corpse had a severed head. The corpse of Captain Gorlenko has skinned skin from his left hand - with a belt length 15 centimeters and width 2 centimeters.

And in another episode, the eyes of the Russian intelligence officers, sent to ascertain the situation after the gas attack of the Germans, opened the following amazing picture, seen by them in a trench previously occupied by Siberian shooters.

Ensign N. Egorov found several corpses of Russian soldiers in a trench. They had fractured skulls, stabbed wounds in the abdomen, chest and neck. Many had ripped stomachs, and one had several rounds in the back. All the victims were turned out pockets, stolen shoes and things from hiking bags.

Junior non-commissioned officer P. Pirog saw one corpse with bullets in his eyes, and three corpses had bullets in his chest. The five dead men had their throats cut - apparently with a German bayonet. The pie found one arrow still conscious - and the last one said that the 20 man of German soldiers had come to the trench, mocking the wounded and then punishing the latter.

The shooter A. Kazarin reported a corpse with eyes gouged out with a bayonet, while the other corpse had its underwear and outerwear lowered, and the bayonet was inserted between the buttocks. Some corpses had their throats slit.

A. Kvyatkovsky, confirming the words of other intelligence officers, reported that one corpse had its stomach cut open and its entrails twisted.

In addition to the rank and file, 2 Ensign was tortured in that trench.

We see what kind of suffering was carried by weapons prohibited by international agreements - the weapon initiated by the Austro-German aggressor.