April 19 2019
347
A rather unexpected point seemed to have been put in the case of the two “Eagles”, the heavy nuclear-powered missile cruisers of the 1144 project.


Immediately, several media outlets citing sources in the Ministry of Defense reported that they were disposing of Kirov and Admiral Lazarev. They will spend quite a large amount of money (logical, a large ship is a big disassembly) and two cruisers should become history by the end of 2021. 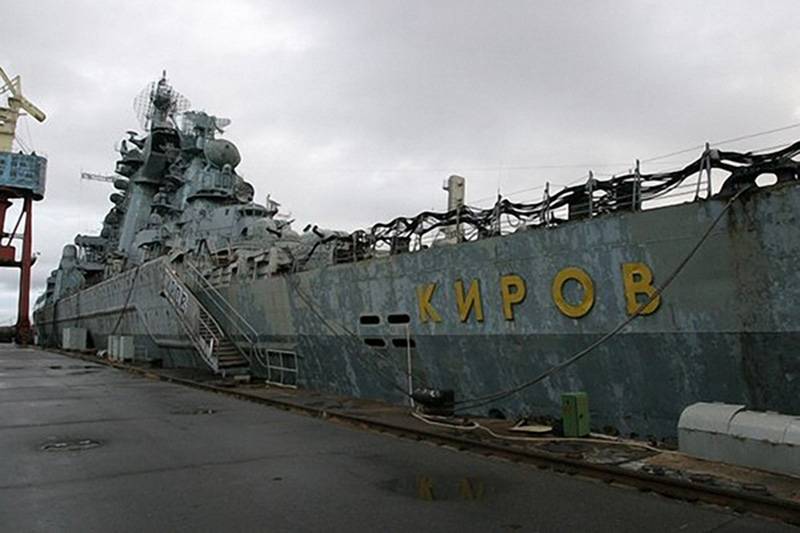 What category News can this be attributed to unexpected or natural?

Let's think about it.

Yes, the Eagles is a legend and in some way even a symbol of our naval fleet. The world's largest non-aircraft naval warships. These are the only ships in the Russian fleet with a nuclear power plant, that is, with unlimited cruising range and "sharpened" initially for operation in severe climatic conditions, including in the Arctic region.

As is known, four Orlan-class cruisers were built for the USSR Navy:

As can be seen from the list, the construction of ships stretched out for a very long period of time. If between the transfer of the fleet "Kirov" and "Peter the Great" 18 years and two countries, then the whole series was built with 1973 year, that is, 25 years.

Today, only Peter the Great, the youngest of the cruisers, is actually in the ranks. The rest ... With the rest of the complexity.

It is clear that first of all financial. Over the years, we have witnessed discussions of many projects related to the commissioning of cruisers after conservation. Real money appeared only in the 2011 – 2020 state armaments program.

However, even the allocation of funds did not cause any special changes. Of course, the question arises: "Why?"

Yes, the most rabid part of our audience, of course, has the answer. Plundered. I agree, not without it, not to steal today, when billions are allocated, it is not to respect yourself. But let's use with the calculator another terrible thing. The calendar.

The story of the Orlans

So, "Kirov". He joined the fleet in 1980 year. From the fleet launched in 2002 year. That is, just through 22 years of service. Not enough, to be honest, not enough. Such ships can serve longer. 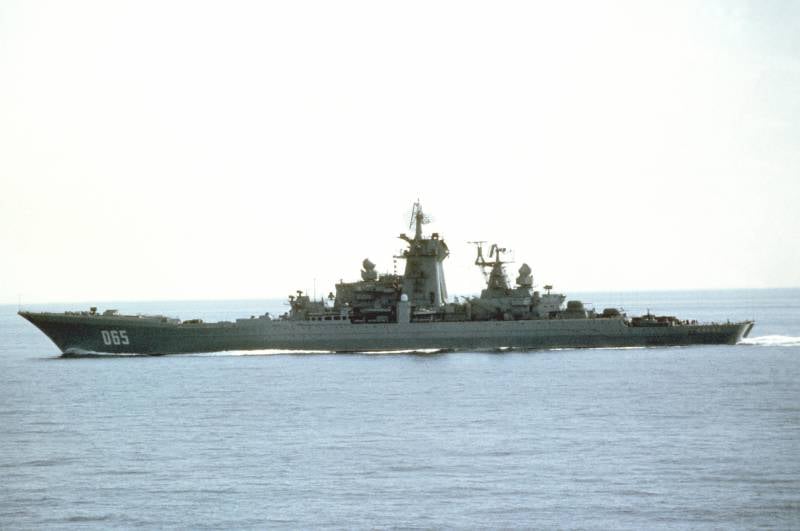 From 2002, the former cruiser just stood in Severodvinsk, waiting for a decision on his fate. 17 years.

As a result, we have in fact an 40-year-old ship, which half of its life stood for an unnecessary pile of metal. It's sad, but true. It is very difficult to imagine how much money and time it will take to get the ship back into operation. And does this make sense? 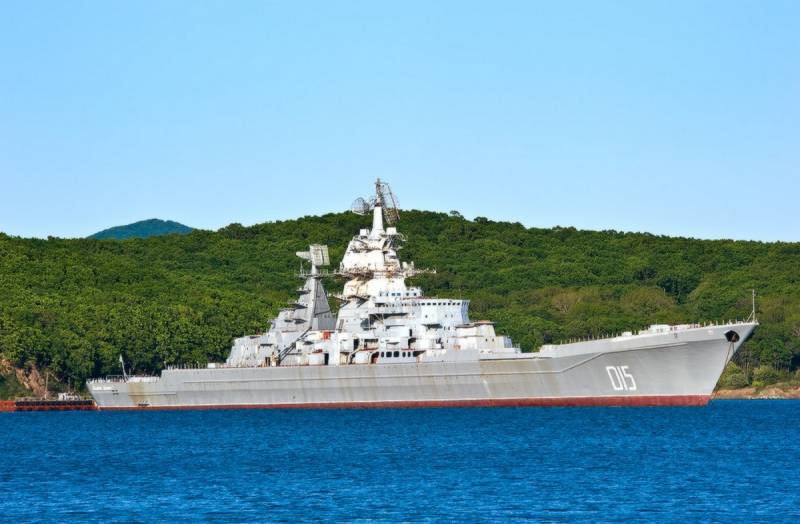 He joined the fleet in the 1984 year, having served just 12 years. In the 1996 year, due to the accident, the protection worked and the reactor was shut down. Surprisingly, in 1997, the ship was sent to the reserve of the 2 category, and in 1999, it was completely mothballed.

Since 1999, it has been suspended, disarmed, and nuclear fuel has been unloaded. It seemed that everything, the ship was actually waiting for scrapping, but in 2014, by the experts of 30-th ship repair plant of the Pacific Fleet, dock repair was carried out. 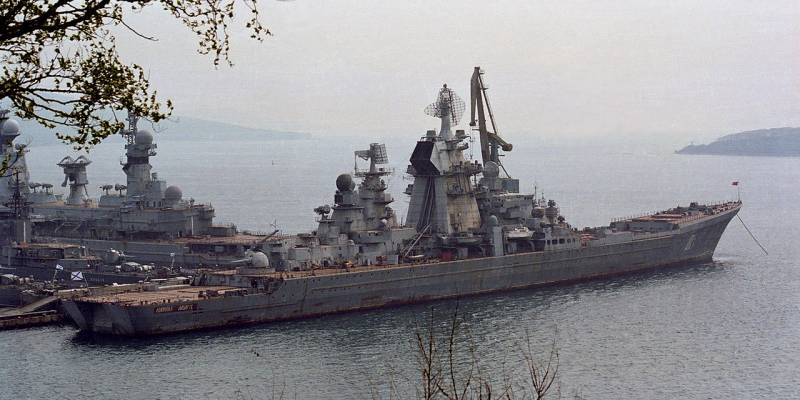 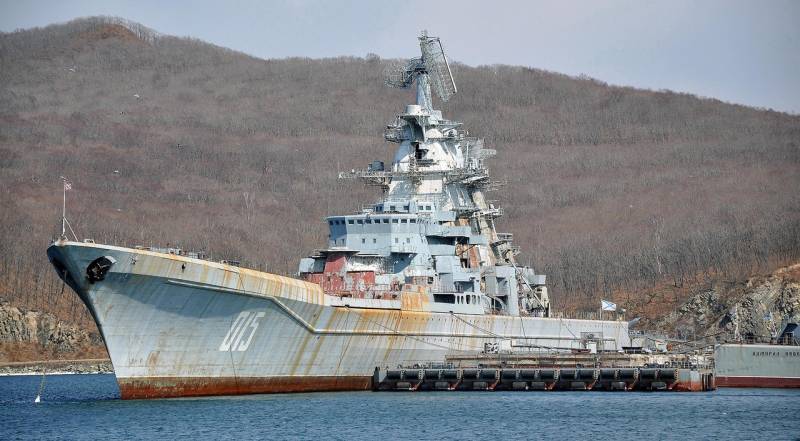 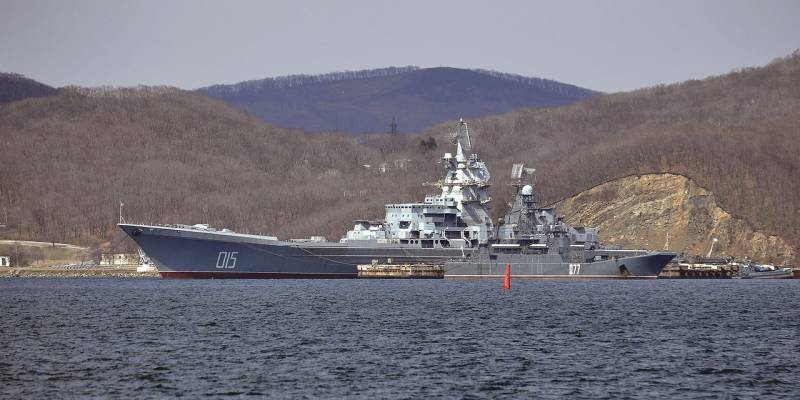 In general, there is another problem with Lazarev. Repair in the Far East with the reboot of the reactor is impossible. So you want it or not, you have to drag it to Sevmash and Zvezdochka. How real it is, I can not even judge.

Approximate estimates: the disposal of Admiral Lazarev will cost the country 350 million rubles, and Kirov - 400 million rubles. Penny ... Recovery will obviously cost more substantial amounts if it comes to that. And to break, as it is known, not to build.

But let's think about it.

And think about this. Do you need this resuscitation at all? If in fact, two huge ships stood on the joke, without special supervision and repairs 40 (FORTY) for two years. That is an average of 20 years.

And if one at least hangs out near the plant, where it can be revived, then the second ... It seems to me that Lazarev has no chance at all.

To begin with, it seems to me, it is generally worth assessing how useful these ships are. There is no dispute, a huge and majestic cruiser is beautiful. It is impressive. It awakens the spirit, demonstrates the flag of Russia and denotes a presence in different areas of the ocean ...

Well, I don’t know what better can demonstrate the flag of Russia, the newest destroyer with great capabilities or a huge ship of the second half of the last century? What can demonstrate, say, someone from the family "Sarychey"? Atlantes? "Orlan"?

The fact that today Russia has degraded so much in comparison with the Soviet Union that it only demonstrates the ability to keep afloat the forty-year ships inherited from the USSR.

Their success is more than modest. This is the completion of "Peter the Great" and "Admiral Chabanenko."

In general, if we want to demonstrate our power to such powerful sea powers as Venezuela or Cuba, then yes. Will go. The rest is doubtful.

As for combat use, everything is also sad here. The presence of the TARK project 11442 is only half an orange. Yes, our ministry officials have said more than once that “Peter the Great” is able to fight alone with a whole AUG of Americans. But to fight - it does not mean to win.

The fact that the Orlan is a strong combat unit even today is indisputable. But there is a nuance. It is well worth thinking about what is better in a modern sea battle: 50 RCC on one ship or scattered in five 10 pieces? Who is more likely to run them all and get into?

But the fact that "Peter the Great" does not otmashsya from everything that can be launched into it from the side of the classic US Navy AUG (1 aircraft carrier, 1-2 Ticonderox-type cruiser, 4-6 EM of the Arly Berk type), I do not doubt it at all.

And we have problems with the organization of the UG of the Russian Navy. Because it is simply not something to make. And this is also a fact.

No, it is possible, of course, theoretically, in which case, to assemble from three fleets the vigorous team of pensioners that we have. 2 "Orlan", 2 "Atlanta", a dozen BOD and the same ancient destroyers.

Well, actually it's funny. We can’t even collect them from three fleets. Do not have time. But even if we collect that, these goners will be able to beat the American fleet a lot? 10 aircraft carriers, 22 Ticonderoga type cruisers, 67 destroyers?

If not, why all this?

In the far ocean zone, the USSR Navy could solve some of its tasks. In order for the Russian Navy to demonstrate something to the Papuans, one “Peter the Great” is enough. But let there be two ships. Let it be the same in the Pacific.

These ships may well make a visit somewhere, show off in front of American aircraft carriers (so that the Americans would be photographed for memory against the backdrop of). Fortunately, carrying tankers with fuel, thank God, Orlans is not required.

We just need to remember that this entire demonstration is nothing more than puffing out the cheeks. Costly inflating cheeks, if that. Two of these ships in the content will be very expensive, and their combat value today is more than doubtful. Tomorrow - all the more.

In any case, they should be replaced by new ships with new equipment and weapons. And now it is worth spending money on this, and not on maintaining the appearance of defensiveness by shamanism over ships that have been waiting for 20 for years to be cut into metal.

Let them wait. Of course, we are completely guilty of the fact that the “Orlans” did not realize their potential. But also to drag on their shoulders two more ancient cruisers in order to make them show off a couple of times a year ... 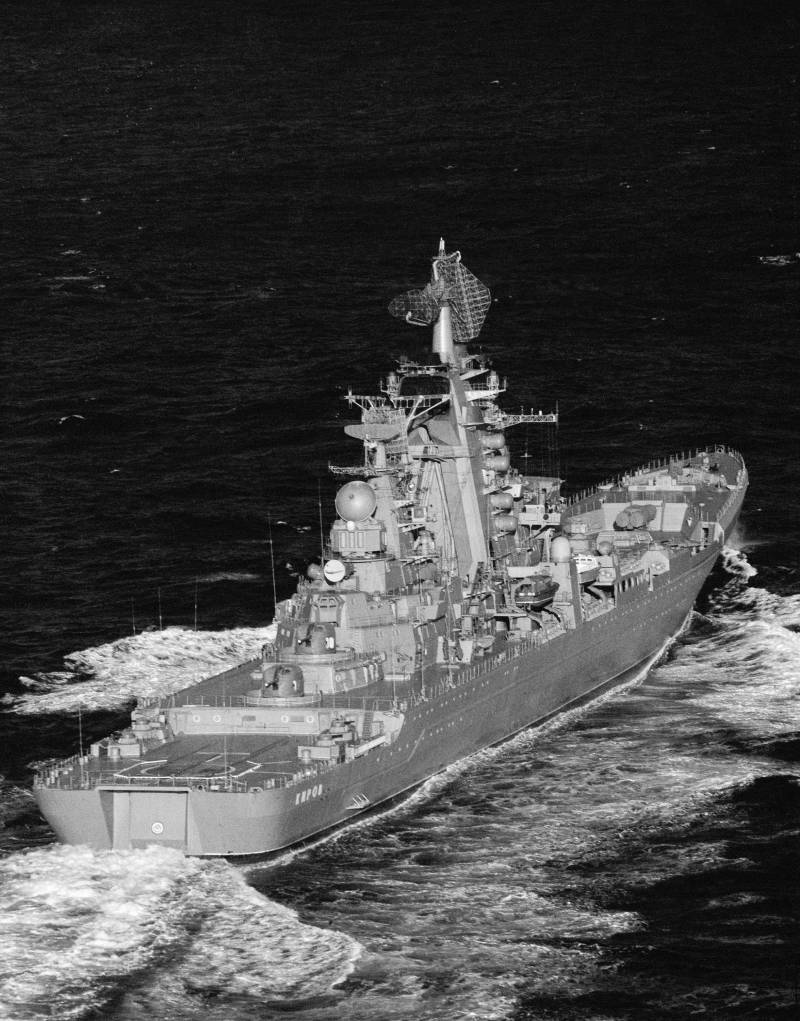 It is better to let the money to build several "Boreev". Obviously there will be more benefits.