25 2012 June
17
The Spanish defense company EXPAL - one of the world leaders in the field of mortar systems - has developed an integrated mortar system EIMOS. EIMOS EXPAL is a unique integrated mortar system for mortars of 81 mm or 60 mm, based on the light armored car 4 x4. EIMOS is the next step in the evolution of a mortar, which is to adapt this traditional weapons to current technological capabilities, made in accordance with the latest requirements for mortar support. The combination of 81 power millimeter long-range or 60-ty millimeter mortars with the possibility of their automotive transportation, make the system indispensable in modern combat. The automatic guidance and control system facilitates the process of shooting, and also allows EIMOS to determine the firing position as quickly as possible. The system provides maximum firing accuracy with minimal effort from personnel. 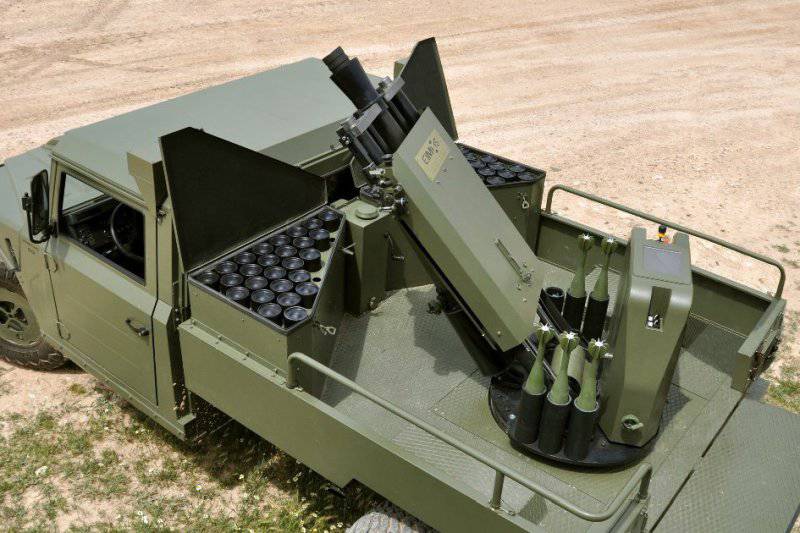 Expal EIMOS consists of a rotary table on the rear platform of the light armored car 4х4, on which is installed a mortar caliber 60 mm or 81 mm, rotating in vertical and horizontal planes. The mortar is equipped with a hydro-pneumatic recoil system with maximum efficiency in 300 mm. According to EXPAL, the system reduces the recoil force by more than 90 percent, which allows Expal to be based on 4x4 light vehicles without modifying the chassis.

Expal EIMOS has a flexible automatic guidance system as well as a reliable fire control system. Vibration transmitted to a vehicle during firing is reduced due to design features and optimized brakes, allowing the system to be integrated into most lightweight all-terrain vehicles without significant rework. The system makes an automatic adjustment, taking into account the most minor changes in the position of the car, which allows you to open fire immediately after positioning. 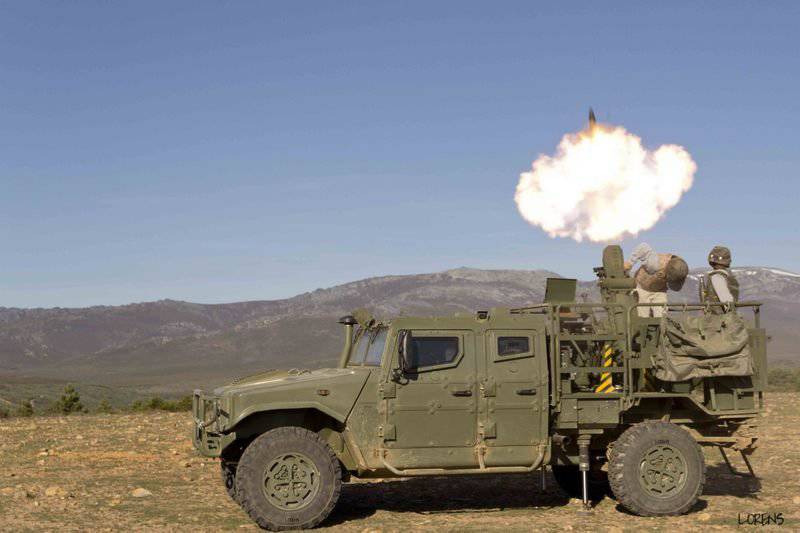 Expal EIMOS can be used in conjunction with TECHFIRE, fire support information systems for mortars and artillery shells. EXPAL TECHFIRE allows you to automate ballistic calculations, get the maximum benefit of the latest technical advances, including a wide range of sensors, GPS, laser telemeters and inertial navigator. This connects forward observers with the commander of the units, who can control up to 16 mortars. This allows EIMOS to come to a halt to the firing task and move to another firing position in front of the counter.

Expal EIMOS can be used in combination with TECHFIRE EXPAL - a system of information support for the fire, allowing you to automate ballistic calculations and get the most out of the latest technical advances. 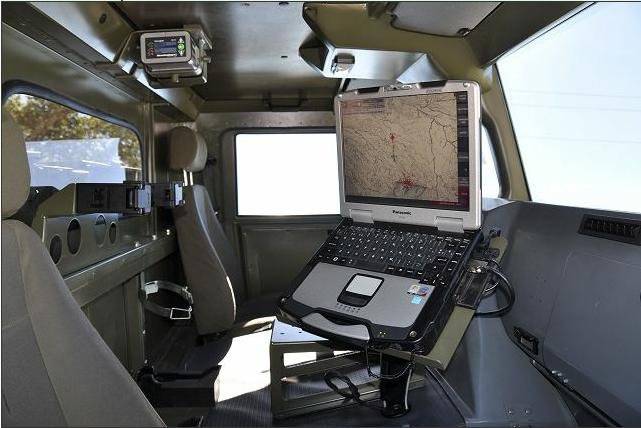 Data on shooting accuracy and ballistic corrections are calculated automatically, which optimizes firing, reducing the consumption of ammunition and collateral damage.

EIMOS Expal is a proven system with the power, versatility and adaptability necessary to perform modern combat missions. In addition, the system has a reasonable price and is easy to maintain, since most of its components can fit into the logistics chain of regular army equipment.

A combat vehicle equipped with an Expal EIMOS system can be deployed to a combat position in less than 10 seconds. The fire control system only needs 20 seconds to determine the target, and 10 seconds to assign it and start firing. Firing accuracy is less than 2 meters.

The weight
500 kg (depending on version)