Poland drove its troops into Suwalki "ticks" of Russia

April 17 2019
62
Anthony Matserevich, who headed the Polish Defense Ministry from the end of 2015 to the beginning of 2018, recently revealed to the local newspaper Dziennik Gazeta Prawna quite interesting circumstances of the struggle that broke out among the generals several years ago. If we throw aside the “labels” pasted by the ex-minister on his opponents, then it can be schematically described as follows. 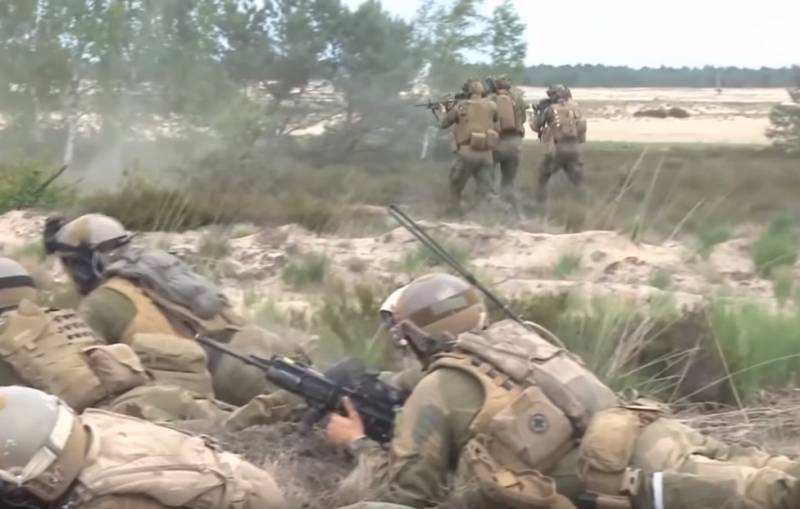 My view of a strategic alliance with the United States has been known for at least 40 years.
- noted Matserevich.

It is this statement that should be considered as the starting point of his military "reformism". Before he came to the ministerial post, the military leadership of the country was very careful about the possibility of confrontation with Moscow. However, under Matserevich, a large-scale implementation of the idea of ​​creating a threat to Russia in the Suvalki sector began. As he points out, this option of concentration of forces is the only way to protect the Baltic states.

If we do not keep the Suwalki corridor, then Lithuania, Latvia and Estonia will be cut off and in a bag, without any chance of protection from Russian aggression.

However, a group of generals stubbornly resisted these plans. Among them was the head of the General Staff Miroslav Ruzhansky.

He did not even conceal that he was an opponent of [...] the strengthening of the armed forces on the eastern bank of the Vistula.
- explains Matserevich.

Ruzhansky categorically objected to the redeployment of troops, considering that the transfer of forces to the East means their rapid destruction in the event of a conflict. He pointed out that there is no necessary infrastructure here and even there is no “supply shoulder”. However, the problem was much deeper - in assessing the role of the Polish army in a potential conflict.

The war with Russia did not at all take into account the Polish armed forces [...] we should have been [...] a modest addition to the Bundeswehr.
- notes Matserevich.

From the “VO” side, let us point out that it is in this statement, even if it is rather strained, that the past strategy of the Polish generals is hidden. The country's presence in the Warsaw bloc left its mark on the deployment of troops concentrated mainly on the German border. However, even after the reorientation of Poland to the West, this position of the army undoubtedly played a positive role.

The fact is that in the event of even a hypothetical offensive of the Russian troops, which has been constantly repeated in Warsaw recently, the Polish armed forces were able to unite with the Bundeswehr, which would significantly enhance their combat capabilities.

When placed at the so-called Eastern Wall, Polish troops lose their chances of regrouping and almost immediately join the battle. The only alternative to defense in this case would be an offensive along the Suvalki corridor in an attempt to stop the advance of the Russian army from Belarus to Kaliningrad or outrun it.

However, both options are fraught with disastrous consequences. Considering the significant difference in the combat potentials of the countries, it is highly likely that Polish troops will in any case be caught in “ticks”. Their march towards the Baltic will only increase this probability. Apparently, they are well aware of this in Warsaw, constantly appealing to the United States to place a large military contingent in Poland. But it was necessary to think about it earlier, when under the leadership of Matserevich the troops were driven into the future "boilers".
Military Reviewin Yandex News
Military Reviewin Yandex Zen
62 comments
Ad