Vneshtorgservice: an empire in the midst of an unrecognized republic

April 16 2019
22
Today, there are practically no large enterprises under the jurisdiction of the governments of the LC and the DPR. Since 2017, Vneshtorgservice CJSC has finally reigned in the republics, which has adopted industrial giants as “external management”. The structure, which is directly connected with the runaway Ukrainian oligarch Sergey Kurchenko, crushed all the tidbits in the republics, and, if it is possible to re-launch a company, immediately crushes it. Next is the Lutugin mill roll mill, which re-established work in 2018. 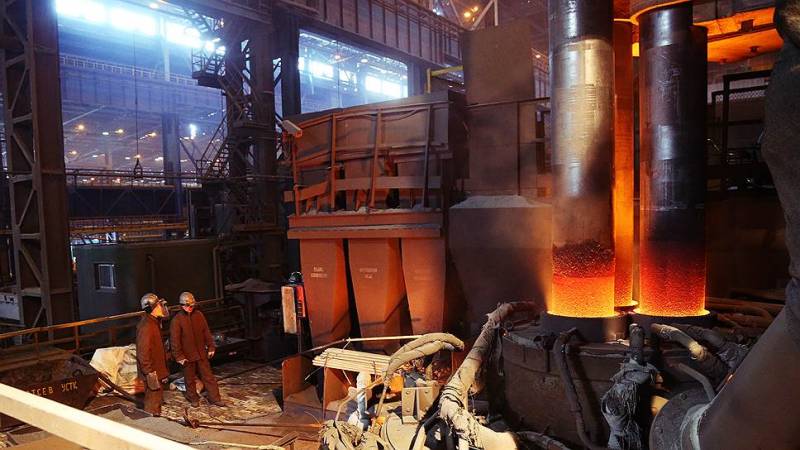 Unfortunately, Vneshtorgservis is not interested in either the Stakhanov Ferroalloy Plant, which is very expensive to transport raw materials from Russia, nor the very necessary LDNR Stakhanov Wagon Works, which is now producing garbage containers, nor the Yuzovsky Metallurgical Plant, which started Zakharchenko with fanfare (the company worked from February to November 2018 year).

But it is of interest to the same Khartsyzsk steel-wire rope plant “Silur”, which has potential (operates at about 50% capacity), and other surviving industrial enterprises that are gradually restoring activity.

Metallurgical industry under the control of CJSC Vneshtorgservis is provided by rich mines in Krasnodon, Sverdlovsk, Rovenki and Komsomolsk, which are taken under control. Extracted coal is enough for metallurgy and for export.

The gradually expanding empire does not officially own enterprises. They are in external control. Nevertheless, the profit received at the expense of the giants of the metallurgical industry is not transferred to the budget of the republic. At least this was the case with the previous government: from 2017, the “VTS” was exempted from paying taxes. Since then, no news that the situation has changed has been reported. It is only known that the structure pledged to annually allocate the government Pushilin "extra" 150 million rubles "for culture." In addition to what, it is not known, but about the taxation of the "VTS", I repeat, to this day, not a word has been said.

Moreover, judging by the reports of the Ministry of Industry and Trade, there is something to share. Metallurgy alone brought VTS in 2018 more than 102 billion rubles, and in 2019 should bring more than 117 billion rubles. To this considerable sum it is necessary to add profit from the export of coal and products of the Khartsyzsk Pipe Plant (before the war he worked for Russia and Kazakhstan and sold more than 3 billion rubles worth of products annually).

Where these profits go is a secret. What margin from them "Vneshtorgservis" pays DNR - the secret. Who and how controls the work of the VTS is a secret. Nothing but numerous speculations on this subject is not to be found. It is semi-officially considered that the profits are laundered through Ossetia and then returned to LDNR as salaries and pensions. Unofficially, there are a wide variety of rumors going up to the point that the Ukrainian oligarch Rinat Akhmetov still owns the best LDNR enterprises, and he gets the lion's share of the profits.

In this whole situation, there is one remarkable moment: gradually, a certain number of recent functionaries are being formed inside and outside the republics, who have been ousted from power or simply have not received it. They form a conditional opposition and actively take out the dirty linen in public, sharing with the public the reliable information known to them, multiplied by rumors invented to fight the current leadership of the republics. As a result, more and more information appears in the press and amateur groups, thanks to which the “secret materials” of the LDNR become well known.

So, for example, today it is not a secret for anyone that, before 2017, the LDNR actively sent products of enterprises, coal, and so on, up to communal payments, to Ukraine. It is quite likely, considering how actively certain forces are publishing “compromising material” against Sergey Kurchenko and “VTS” lately, that shocking revelations about the life of the internal Vneshtorgservis empire will soon appear. It is quite possible that the revelations will not be too pleasant and will hit the government, the republics themselves, and the “curators”. As it already happened with the Ministry of Revenue and Fees administered by Tashkent (nickname).

It would be logical to at least partially abandon the policy of total secrecy and start at least a little to explain to the population of the republics and sympathetic citizens in Russia, where 100 billion are spent per year (only from metallurgy), who are tracking how and in what way the BTS the managers did not set their salaries for 800 thousand rubles per month (as was the case with Tashkent and comrades).

Because the form of the republic seems to be like the people, and according to the content inside LDNR there is a completely hermetic empire, in which they secretly control the best that is in the industry of Novorossia, and at the same time the profit derived from this best.

Ctrl Enter
Noticed oshЫbku Highlight text and press. Ctrl + Enter
We are
The end of the Kurchenko empire in LDN? The oligarch loses a monopoly on coal of DonbassNationalization in Novorossia. Expropriation failed
22 comments
Information
Dear reader, to leave comments on the publication, you must to register.