Dreams of the collapse of Russia

April 15 2019
127
The author came across a curious article on the leading American resource The Hill. Janusz Bugaysky, a senior researcher at the Center for European Policy Analysis (CEPA) and the former director of the New European Democracy Program at the Center for Strategic and International Studies (CSIS), was writing about the topic “Managing the Decay of Russia”. There he describes the measures to be taken in order for Russia to disintegrate and for conflicts to erupt on its territory. 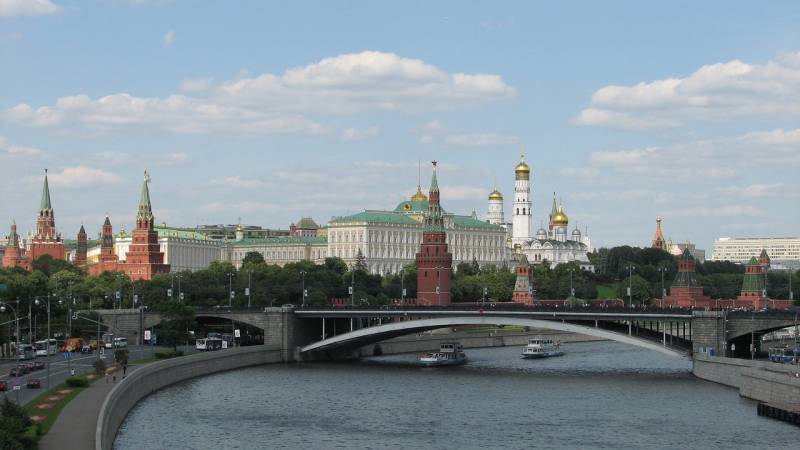 Janusz begins with what the authors of many such anonymous articles usually begin with stories about the ongoing Russian attack on Ukraine (forgetting only to mention when our troops took Kiev, when they reached the western border, and in what filtration camps they keep Bandera and Nazis), well, with "subversive activities against Western states." They say that Russia failed to stop neither the United States, nor NATO, nor the EU, and only the former director of the pan knows something there. Moscow thinks that the West is weak and predictable, but in actual fact it is Moscow that is weak. And you just need to push a little bit and it will fall - Pan Janusch will be his German comrade in faith in this (the one with a characteristic bang and mustache) will not let you lie, he also thought so. And the Frenchman from Corsica alone thought so too.

Russia, according to a Pan Pole, was unable to modernize its economy (apparently, according to the Polish model, to ruin the industry and collect debts), but it is strong in disinformation, with which it portrays itself (!) As a leading world force on a par with the United States. In actual fact, the leading world power is Poland, I suppose? .. Polish neighbors from Ukraine, currently showing the whole world that there are no limits to diving to the bottom, and they can always knock at this very bottom, they are said about such: getting richer.

As evidence of his "rightness", the pan refers to the calculations of the military budget in dollars at the rate and per capita GDP also at the rate (because if we take in the same source the data obtained by recalculating the purchasing power, the argument will collapse, this is understandable). Of course, fairy tales are told about terrible corruption, poverty and so on. An equally wise conclusion is drawn from such a “truthful” assessment of the situation - Russia is moving towards decay, and we must help it.

The cumbersome Russian Federation consists of 85 “federal subjects”, of which 22 are republics representing non-Russian ethnic groups, including the North Caucasus and the Middle Volga, and numerous regions with a pronounced identity that are felt more and more alienated from Moscow.
Instead of decentralizing to accommodate regional aspirations, the Kremlin lowers their autonomy. This is evident in the new law on language, which is designed to promote "Russification" and plans to merge and liquidate several regions.
Pressure is growing across the country: growing anger at local governors appointed by the Kremlin, and outrage at Moscow appropriating their resources. Indeed, regions such as Sakha and Magadan in the Far East, with their considerable mineral wealth, could become successful states without exploiting Moscow.

That is, measures to strengthen statehood, consistently carried out by V.V. Putin all the time of his reign, of course, wrong, it was necessary to "give all the sovereignty as they can," just like in the "holy" 90-e, apparently.

Also, the pan "expert" believes that infrastructure is "rapidly" destroyed in Russia, and "the inhabitants of Siberia and the Far East of Russia will be even more separated from the center, which will stimulate demands for secession and sovereignty." Pan was generally in Russia or studied the situation in it according to articles on Ukrainian resources like “Censor” and “Observer” and on libelous political Ukrainians in LiveJournal and other blogs, say, “Evil Odessite” and others? Or on public tables in the VC, where the same figures, most often posing as patriots of Russia (or the USSR) with rags of different colors, post each other cheerful images, most often unrelated to Russia?

This is followed by tips from the slave transatlantic pan. Although the real pan would not listen to any sermons from the serfs and would order to bung the talkative in the stable. Washington "should return to the basic principles that accompanied the collapse of the Soviet Union, supporting democratization, pluralism, minority rights, genuine federalism, decentralization and regional self-determination among isolated regions of Russia and ethnic groups and should promote regional and ethnic self-determination within the Russian Federation."

Ban Janusz broadcasts from the pulpit:

"The rationale for the dissolution should be logically formulated: in order to survive, Russia needs federal democracy and a strong economy; without democratization on the horizon and deterioration of economic conditions, the federal structure will become increasingly uncontrollable."

Interestingly, as soon as in Russia, on the contrary, they began to quietly at first, and then more and more tightly “tighten the screws” and move away from the “real democracy”, which everyone ate from the belly in 90, so the structure became more manageable and conditions began to improve. Maybe Pan Bugaysky about some other Russia, from another, parallel space? With other laws of social development. Or is it just that the pan broadcasts what he wants to see, or what he gets paid for PLN 30?

We read further the revelations of blessed Janus:

"To manage the process of dissolution and reduce the likelihood of conflict that goes beyond state borders, the West needs to establish links with various regions of Russia and promote their peaceful transition to statehood."

That is, he wants the Western countries to openly stimulate separatism? But he does not understand that such actions are in themselves a “casus belli” and can lead those very countries of the abstract West to the disintegration of statehood, too, but caused by completely different reasons and with completely different, more serious consequences?

Ban Bugaysky even "distributed" some regions of our power with you:

"Some regions may join countries such as Finland, Ukraine, China and Japan, of which Moscow forcibly appropriated territories in the past. Other republics of the North Caucasus, the Middle Volga region, Siberia and the Far East may become fully independent states and establish relations with China, Japan, USA and Europe. "

The mental level of the “researcher” puts him on a par with the dreamers from the territory next to Poland, where they also dream of Kuban, Crimea, or march on Moscow, and that the United States will come, defeat Russia and put them above us with gauges and policemen .

He also writes about NATO, which "must ensure the security of Russia's neighbors in the event of its collapse." How it would have done if a nuclear superpower fell apart, he does not specify. Pan is not a tactician, he is a strategy specialist, as they say.

It would have been possible to simply ignore this Polish strategist - there are plenty of them, and there is a lot of scribbling from them, and the reality of everything they have written is exactly the same as their “knowledge” about us. But the problem is that such “researchers” of Russia, entrenched in various near-government “funds” and not knowing anything about us, give advice to people who also do not know about us, but who are already preparing papers for people who, again, nothing they do not know about Russia in particular, but they already have the power. And the problem is that the questions raised by such writers and proposed solutions can have fatal consequences if people with authority listen to them.

In addition, the extinction of "Sovietology" in the West (among which once there were indeed specialists in our country) led to the fact that in the United States they began to attract to "study" Russia and "consulting" on it those who, as it seems, are guys with Potomac, "knows his neighbors well." That is, the Baltic states, Poles, and others. The value of analysts from the West about Russia, unfortunately, is constantly falling, as is the intelligence ability of the United States and the West to reduce arrays of real data into something that reflects reality with a minimum of distortion. Western intelligence, in particular, the CIA, successfully overslept the collapse of the USSR, in the fall of 1991, they wrote reports on the future of the updated Union. And the Union took and fell apart thanks to three power-hungry figures (not only, unfortunately, it is easier to write off what was done to the "West's hand" than to admit that the Union was ruined mainly by ourselves, and not only by these three, but also by many, many ).

They also slept successfully and the restoration of sustainable statehood. And they overslept the nuclear-rocket and technological "spurt" of Russia, because in the middle of the 2000-s they came across materials about how to degrade Russia's nuclear potential to the level of 150-200 warheads (total). A lot of this happened from the pen of Russian authors, often because customers from the West wanted to see exactly this in the text.

And from such nonsense, conclusions were made at the very top, and decisions to withdraw from the ABM Treaty and the creation of a US NMD, which was unworkable in the end, were made on the basis of similar assessments. As well as measures that led to a serious rift in the nuclear weapons complex of America itself. You can still remember many such examples.

And God forbid, someone will follow the advice of Mr. Ban Bugaysky - this may cause a reaction from Russia not wanting to disintegrate that ... It's easier to say this: everyone who dreams of the disintegration of our state should study the half-lives of high-level radioactive elements, " rule of seven "and the striking factors of nuclear weapons.

In general, you will not wait for our collapse.