April 8 2019
53
The current president of Ukraine, Petro Poroshenko, boasted the next development of Ukrainian designers. This time, the Ukrainian leader experienced pride in the 1L220UK counter-battery radar, which successfully passed field trials. About this Poroshenko wrote on his page in Twitter. 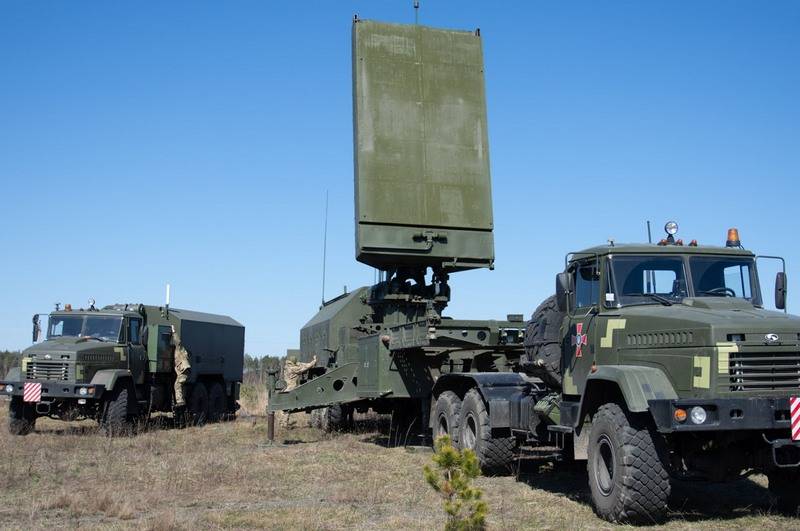 According to Poroshenko, the new Ukrainian radar will allow "defenders of Ukraine" to determine at a distance of tens of kilometers the exact location of enemy guns, mortars, air defense missile systems and tactical missiles.

Earlier, the Ukrainian media reported that the counter-battery radiolocation station developed by SPC Iskra, which is part of the Ukroboronprom group of companies, successfully completed the field stage of state tests. According to the developers, the 1L220UK Zoo-3 radar is capable, thanks to powerful radar operating in the microwave range, to “see” the projectiles, and a powerful digital system to “build” their flight paths.

According to the declared characteristics, the power of the digital active phased array allows the station to be located several tens of kilometers from the enemy positions and in the sector up to 180 degrees to determine the exact location of enemy guns, mortars, multiple rocket launchers, as well as air defense missile systems and tactical missiles.

The scientific industrial complex "Iskra", which developed the counter-battery radar 1Л220УК, declared its readiness to launch the product into mass production. However, it is not known whether the Ukrainian leadership will find funds for the production of radar, or the product will remain in a single copy and will be demonstrated at various exhibitions as a sample of the achievements of Ukrainian industry.