April 6 2019
173
The crew of the tug "Altai" is trying to get official recognition of their participation in hostilities in the Syrian Arab Republic. Thanks to the sailors of a tugboat in Syria, the aircraft carrying cruiser Admiral Kuznetsov could operate. However, the crew of the military, who received the medals of the Ministry of Defense for the operation in the Middle East, have not yet been recognized as full-fledged war veterans. This fact caused a discussion. 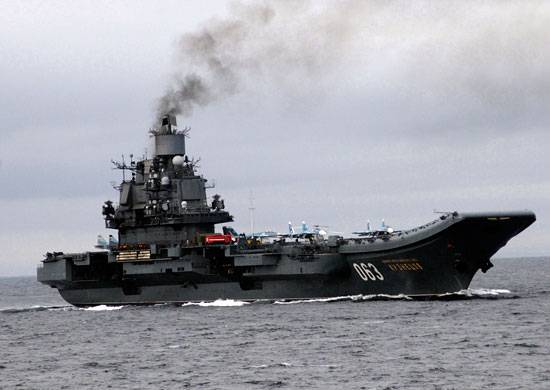 According to data published in the article "Merchant", A lawsuit filed by 49 of the crew of the Altai tug. Their complaint was initially Severomorsky District Court, and then the Murmansk Regional Court. Sailors refer to orders from both the Ministry of Defense and the higher command, as well as the directive of the General Staff and other documents, in their demand to recognize the crew of the rescue tugboat Altai as full-fledged combatants.

The peculiarity of the trial is that civilian personnel were involved in the operation of the Ministry of Defense: an administrative lawsuit was filed on his behalf.

The plaintiff business trip lasted from November 8 2016 of the year to January 6 2017. As a result of the operation, they were awarded the medals of the Ministry of Defense "Participant of the military operation in Syria." It is important that they were also given "crusts" of war veterans. But the benefits provided for veterans, they received only in a limited form. It was around this fact that the main discussion flared up.

In particular, the crew can now use the sanatorium vouchers in the presence of medical indicators, annual vacation can choose at a convenient time for them. Also without a queue or in priority order, they can buy a garden plot or install a home telephone.

Sailors expected to receive status according to paragraph 1 Art. 16 Veterans Act. According to this provision, they will be able to receive benefits in payment of utility bills, housing, medical and pension benefits, taxation, etc. In turn, the defendant's representative opposed meeting this requirement.

The crew, on the basis of the documents at its disposal, argued that without his participation, the normal functioning of the “Admiral Kuznetsov” would have been impossible. The tug ensured the combat stability of the heavy aircraft-carrying cruiser, helped him carry out maneuvers and held them in battle order.

Claims were rejected. The court of first instance, in its refusal, ruled that the medal to the “Participant of the military operation in Syria” does not prove the fact of direct participation in hostilities. The very fact of being on the territory of the Syrian Arab Republic also does not confirm this. And the right to the status of a full-fledged veteran and the attendant benefits are only those who have confirmed their personal participation in hostilities, and not those who provided them.

Only two of the plaintiffs decided to appeal to the decision of the Severomorsk court to a higher court. However, there their claims were rejected.

During the period of the operation in Syria with the participation of the heavy aircraft carrier “Admiral Kuznetsov”, the Russian fleet for the first time in its stories carried out combat use of deck fighters Su-33 and MiG-29K. Two aircraft were lost due to technical problems. After the campaign was completed, the aircraft carrier went to Severomorsk, where he got up for major repairs and upgrades.