Our Central Bank - the most central bank in the world. Who does he serve?

April 3 2019
111
In the Russian banking industry today, one may say, peace and quiet reigns. This is when compared with dashing ninetieth or with the situation of two-, three years ago. Silence, most reminiscent of the cemetery, where virtually everyone except the elect has a place prepared in advance. And the right to survive is left to very few.


However, what is the general case of a simple citizen to credit institutions? There is Sberbank with its monopoly concern for consumers and the public sector, there are still three or four dozen credit offices servicing a limited number of "their" clients. In any case, it is more than it was under the USSR. And for every fireman there are also several branches of foreign banks operating exclusively according to Russian rules.

So is it worth worrying? And you never know that the late Prime Minister Yegor Gaidar and his companions once sang to us, who, like "Chicago boys," will soon be remembered only by pensioners! From the number of survivors. And the Russian loan is expensive and merciless, as it was with us, it remains so. Even in the mortgage, which just gave young people a little sigh and immediately began to rise again, like a yeast. But god with her, with a mortgage. After all, the rows of hooks no longer need replenishment. And all those who did not have time to pay on time will now pay for themselves and for those who will never be able to pay.

This is the result of the collapse of the banking business, stimulated by a large-scale sweep from the Central Bank. Which finished, or rather, still finishes under professional pretexts to ensure the stability of the financial sector and adequately respond to Western sanctions. Only the lazy is not talking about the dangerous tendency for the banking community to collapse, but Academician Dmitry Lvov (now deceased) and one of the authors of the economic miracle of 90’s end Viktor Gerashchenko, who headed the Bank of Russia, warned about it. 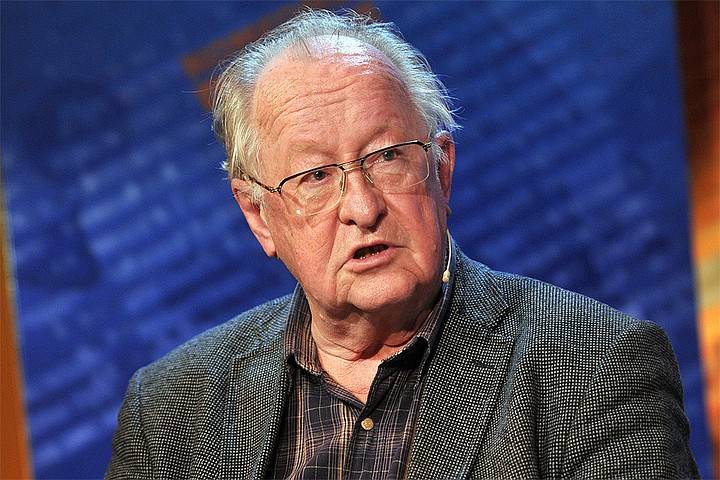 By the way, Viktor Vladimirovich, an ardent supporter of state regulation in economics and finance, continues to express doubts today about whether the Russian banking sector needs such a powerful introduction of the public sector into the financial sector. However, in his opinion, even this is not the main thing now: it is frightening that the monetary sphere, which is always extremely sensitive, goes further and further away from real market relations. The work on saturating the economy with working money is replaced by direct pressure on the monetary sphere and the notorious sterilization of the money supply.

Vice-President of the Association of Banks "Russia" Alexander Khandruyev, who for a long time occupied the post of Deputy Chairman of the Bank of Russia, notes that both the budget and the reserves of the Central Bank continue to replenish ahead of schedule, which does not prevent the authorities to cynically increase the retirement age and introduce 2-percent VAT increase, the most stimulating inflation. And this inflation will subsequently be stifled again, reducing the money supply, which leads not only to the impoverishment of the population, but also to the bleeding of the economy as a whole. 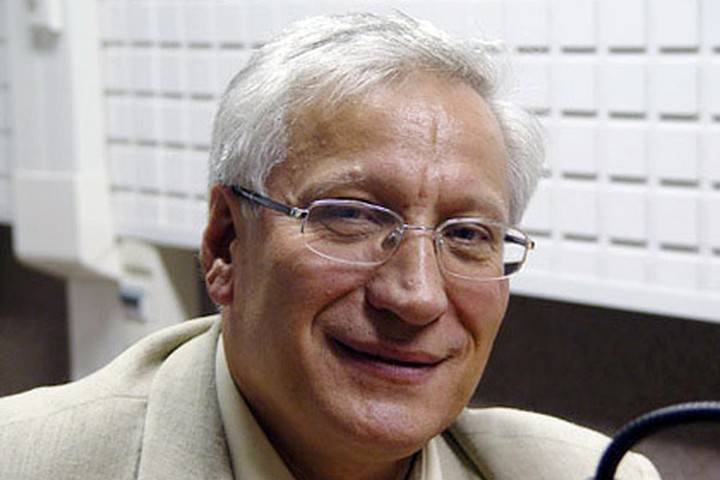 And all this seems to be done for the sole purpose of bringing the cohort of the elect, which is particularly numerous in the financial sector, beyond the bounds of market competition. Since the reorganization has been actively practiced in the Russian banking system, more than 10 years have passed, and recently it has been actively camouflaged to fight corruption or anti-banking measures. However, that in our time in general, we can talk about the fighters against corruption or sanators? Who are they? How are they selected? Few people have doubts that these elected people have the exact situation with corruption and with anti-sanctions measures exactly the same as those whom they will sanitize or remove from sanctions.

By granting the rights of fighters to sanctions, to corruption, and finally to the rights of sanators to a narrow circle of the elect, the Bank of Russia widely informs everyone that it has to recruit them almost by force. The situation corresponds exactly to the long-standing thesis voiced by one of the suppliers of “sanctions” to Russia: “If there were no sanctions, they should have been invented!”

Recently, the Association of Russian Banks commented on the list of credit organizations that already were or became sanators: “These are either those who had their own people at the top, or those who had someone from the supervisory departments of the Bank of Russia in the management”. However, we must take into account that after what our “central bank in the world” has done with the Russian banking industry, the number of sanitized seems to be generally less than the number of sanators.

It is considered an axiom that the ugliest kind of market relations are relations built on the basis of friendly relations. Crony Banking is literal translation crony banking. What we now have is the banking sector solely on the basis of personal connections. Many countries have gone through the use of the practice of “Too Big to Fail”, that is, the allocation of systemically important banks. 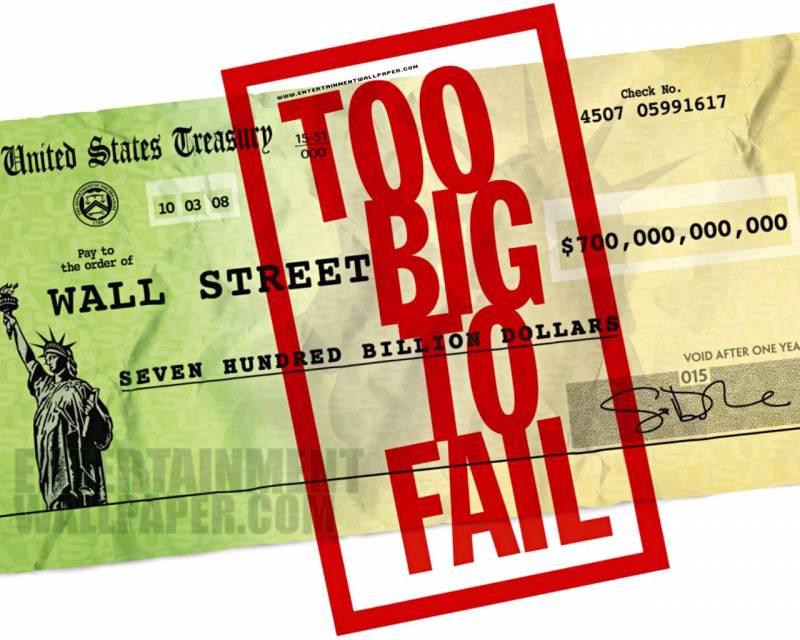 We began to practice even before the default, after which the then Central Bank not only crushed the “seven bankers”, but also helped to raise a number of regional and sectoral credit organizations. But fatty 2000s passed, crises passed, sanctions began, and a reorganization campaign and a reduction in the number of banks in Russia started, started with the suggestion of the “Iron Lady of the Central Bank No. XXUMX”.

As a result, almost everyone who managed to climb a little, went either into oblivion or under the "roof." Not a gangster, but a state one. At the same time, many banks with revoked licenses continued and often continue to work today, they are pumped up with money, but not for affected customers, but for new owners, who seem to take on all the problems of depositors.

In fact, if anyone takes on their problems, at best, the Deposit Insurance Association (DIA), which, by the way, at the very first attempts to raise the calculation threshold with ordinary customers, "physicists" almost ran out of money. Sanators, save, they sounded the bells in the DIA. Sanators and saved, and save now, with both sanitized, and those who allegedly lost something because of the sanctions. At whose expense? At the expense of the budget, at the expense of the reserves of the very Central ”, which means for ours with you, dear readers.

The central bank overlooks the blatant discrimination of depositors of those banks that are not part of its system. But after all “either for everyone or for anyone” - this is how a healthy system with healthy competition should work. And the central bank lays one after another time bombs, and at the same time it also beautifully accounts for placing cash surpluses in the most reliable (American), from the Federal Reserve, assets.

Some of the writing colleagues have already compared our "most central" of all the banks in the world with the twelfth reserve bank included in the Fed system. Fully responsible for the state of "Rush" and a little bit - for the surrounding territory. Not so long ago, it seemed that the overflow of funds and the flow of customers — both individuals and legal entities — into the “systemically important” banks is ending. But in fact, the process continues, although not so clearly. And what does it mean when funds flow, what does it mean when customers leave. This is a loss in capital, a decrease in turnover among clientele. The economy, and so utterly bloodless, generally turns into an empty minimarket.

The share of state banks in aggregate banking liabilities, according to estimates by the Association of Regional Banks “Russia”, increased not so long ago to almost 90 percent, and it was somehow tried to be eroded, pushing funds through a little less “authorized” structures. There are no such crazy rates of concentration of bank liabilities anywhere in the world, even in China. But there already a couple of times it was necessary to actually pierce huge banking bubbles, and the trade war with the United States, in a sense, even turned out to be useful - there was a use of excess funds.

In China, they went to reduce the retirement age for a number of professions, but instead of taking an example from China, as well as from Italy and Poland, they prefer to keep silent about such steps. And this is despite the fact that Russia does not really have serious debts, a lot of financial reserves, a budget deficit only because of the peculiarities of the calculation, and oil and gas revenues are guaranteed for many years to come. But the Central Bank, as it frightened the public with inflation because of every extra penny paid to Saratov pensioners or nurses from Transbaikalia, is frightening. 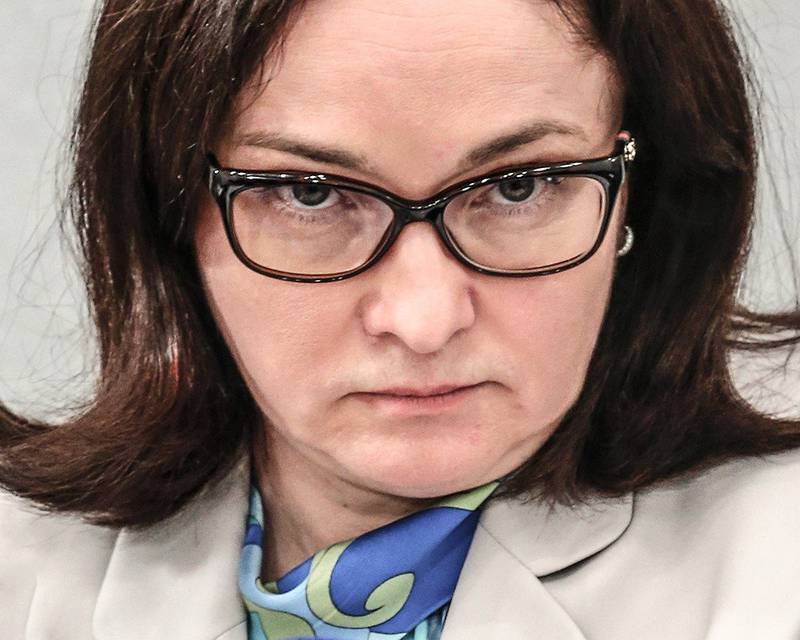 The banking system is simply kept on a short leash, under the permanent threat of a large-scale crisis. And if it breaks out, the United States with its Federal Reserve will be guilty, that the Trump administration will immediately register itself in whists, and anyone else else, but not our very Central Bank in the world.

The Central Bank of the Russian Federation has not yet decided what the reorganization is, what is the anti-crisis or anti-bank management of the wards, and even what “toxic assets” really are for a long time. Have they been, and now they are gone, only the risk ones remain - those with whom you can fly under sanctions even in the Cyprus offshore?

Now, when the flywheel of inflation due to VAT and other gifts-2019 is just starting to unwind, a lot depends on how the cohort of the elect will continue to be formed - this pro-state banking stratum, compared to which the all-powerful “seven bank” spurs from the gateway. But we have no idea what the financial position of our state and semi-state banks is. And if the entire banking system merges into the top twenty, or, at best, the top thirty elected, how can it work at all?

Once in Russia, there were once thought up the maximum levels of concentration, they were remembered about them in 2008, but we simply do not have such norms. And it would be necessary, if we are playing to the Fed’s tune, we would have put the same barriers, but better - lower. It’s not the same as Russia. When, after the same 2008 crisis, the oligarchs were simply handed out anti-crisis billions, the central bank simply blessed almost two hundred not the biggest Russian banks with loans at their discount rate. And they returned everything. Not immediately, but returned. And the oligarchs returned? Nobody knows?

Ctrl Enter
Noticed oshЫbku Highlight text and press. Ctrl + Enter
We are
HSBC kept the dirty money of dictators and arms dealers ("The International Consortium of Investigative Journalists", USA)Situational analysis of the death of the MH17 flight (Malaysian Boeing 777), made on the basis of engineering analysis from 15.08.2014
111 comments
Information
Dear reader, to leave comments on the publication, you must to register.