Such could be the French aircraft - C-450 Coleoptere

23 2012 June
20
In the year 1954, in France, as part of the research of aircraft with vertical take-off and landing by two companies, BTZ and SNECMA, a joint project of an VTOL aircraft with a wing of the ring type was created under the name Coleoptere (ring-winged). The aircraft resembled the American X-13 project, which had a launching (landing) layout of a vertical-type fuselage, and the unconventional wing had all the possibilities for mounting chassis on it.

At that time, the designers working on the technology of creating an aircraft with an annular wing had the confidence that such an arrangement of the wing would allow a high-quality integration of the power plant into the wing of the aircraft for use as the outer contour of a jet engine. When using such a wing for airplanes with a subsonic speed, the resulting design will serve as the main channel for coaxial propellers. Almost all of the development of the time on the VTOL of the ring-type wing was based on projects captured in Germany, where work on these projects finally achieved some success. 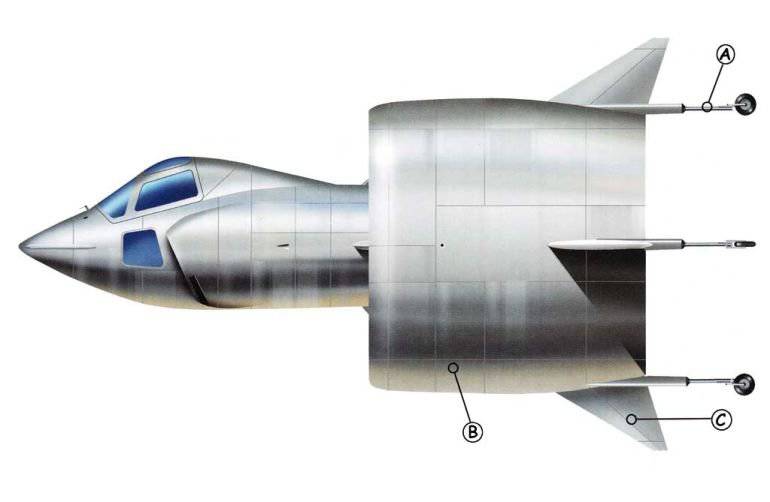 The first experimental studies began with the construction of an unmanned flying SNECMA C.400 PI “Atar Volyan” stand. The stand was tested on a leash, experienced a vertical take-off and a vertical landing. The next was a stand called “C.400 Р2”, which, in addition to tether tests, was already tested in free flight. These tests were carried out by French engineers from 1955 for the next 3 years.

These tests made it possible to create an experimental aircraft with a wing of the ring type C-1958 Coleoptere by the year 450. In the same year, ground tests of the experimental aircraft began at the company's airfield in Milln Vilarosh, after which the tests of the aircraft in the air began. The first flights were carried out in the mode of take-off-landing. The first ascent to heaven with further free flight, took place 06.05.1959 of the year. Later flights begin with the transfer of the device to horizontal flight and vice versa. And after a month and a half there was a catastrophe. 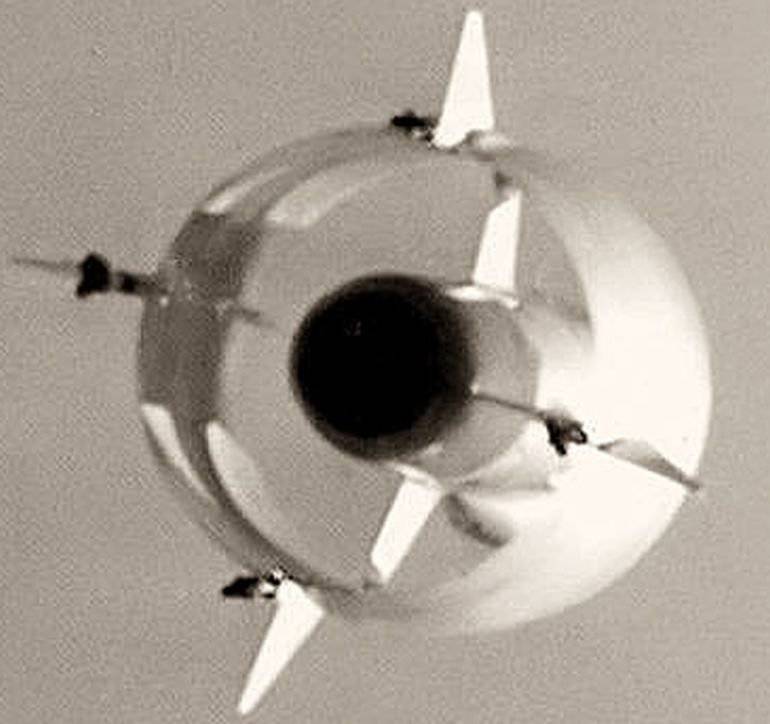 25.06.1959 of the year when performing the next test flight test pilot A.Morel could not cope with the control of the C-450 Coleoptere, as a result of which the aircraft from a height of 75 meters entered the corkscrew and crashed, and the pilot barely managed to make bailouts at a height of approximately 20 meters, but upon landing, received serious damage (spinal injury). The investigation showed that the characteristics of this VTOL, namely the design of the wing of the ring type and the airflow control system, had nothing to do with the crash that occurred. However, SNECMA did not develop further use in the construction of ring-type wing airplanes, although it was already ready to create designs of combat vehicles — an assault fighter and a fighter jet interceptor. In addition, there were developments in civilian vertical take-off and landing vessels using TVD and coaxial screws.

Device and construction
The branded feature of the C-450 Coleoptere is the vertical positioning of the aircraft during take-off and landing and the use of a ring-type wing. The experimental aircraft had a 4 supporting chassis, the power plant - one turbojet engine. The construction of the airframe was made to order by the company "Nord". The all-metal fuselage is made with a slight elongation and a circular cross section at the place of its coupling with the wing. In the front of the cabin is made for one pilot, having a protruding lamp and side glazing, giving an improved view. Inside the cabin is a seat with a catapult "Sud SE.120B", which has an angle of inclination to 45 degrees during the ejection. Also the chair can be used on vertical modes of vletta-landing. The ring-type wing of the frame structure is made of light metal alloys with reinforcement of external and internal plating. The design of the wing did not use any mechanical parts. The main tail is made in the tail section on the outer and inner surface of the wing. Outer tail - 4-e triangular surface located cross. They are controlled by aerodynamic rudders that provide the aircraft with a horizontal flight. The inner tail is of the conjugate type with the outer tail, which has vitreous shaped surfaces connected to the body of the aircraft. 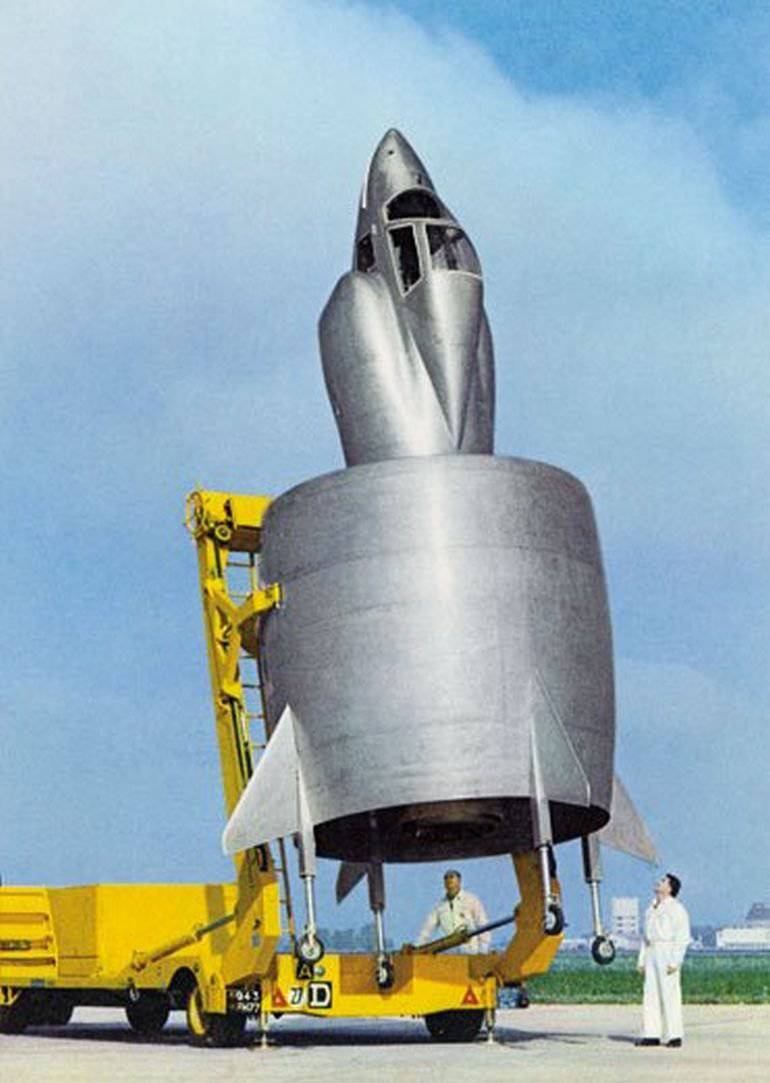 The aircraft has a non-retractable type 4-x landing gear. Racks made with the use of oil-air shock absorbers, got a good move and end with wheels of free rotation. Wheels have solid rubber tires.

Power - one turbojet mounted in the fuselage. Air flow control is carried out with the help of side air intakes of unregulated type and a nozzle with gas rudders. Compressed air emerging from the engine compressor passes through the channels of professional surfaces and reaches the nozzles of the jet control system. The system has aerodynamic rudders that control horizontal flight and gas-jet rudders that control the vertical flight of the aircraft. This system was successfully tested at the first stand and installed on the experimental aircraft “C-450 Coleoptere”. 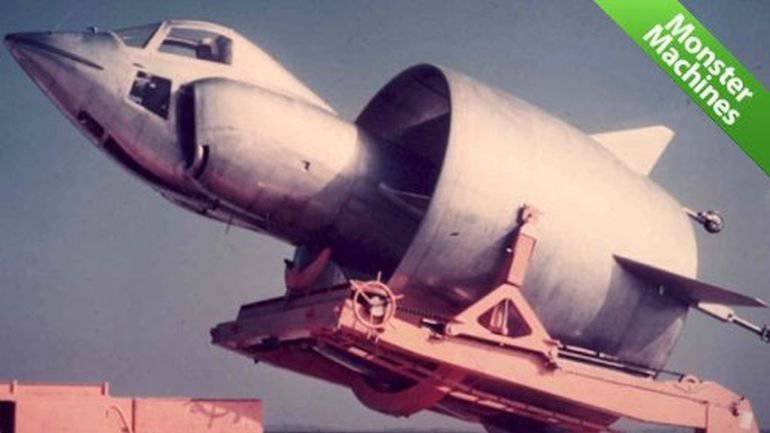 For the transportation of the aircraft used special carts with a leaning ramp. When the aircraft was moved, it was installed in a horizontal position, and in order to take off, the ramp was fixed in an upright position.