March 20 2019
11
The leadership of the Lugansk Republic unilaterally handed over to the Ukrainian authorities 60 convicts who were in prison, sentenced to 2014, reports PERSON message of the representative of the LC in the humanitarian subgroup of Olga Kobtseva. 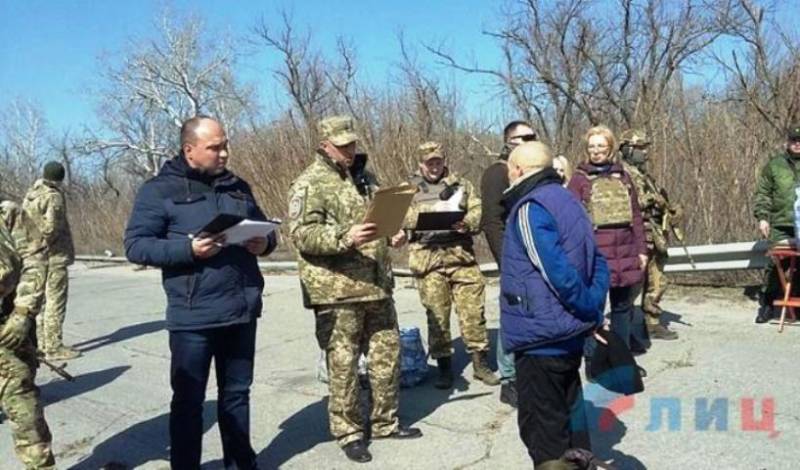 The process of transfer of convicted persons took place on the line of contact between the parties near the settlement of Happiness.

Today, another agreement between Kiev and Lugansk has been completed. The transfer of persons convicted to 2014 took place. This is a gesture of goodwill by the Luhansk Republic, convicted - 60 people - expressed a desire to continue serving the sentence on the territory of Ukraine

An agreement on this was reached 4 December last year at a meeting of the contact group in Minsk.

In turn, the representative of the People’s Militia of the Donetsk Republic declared the destruction of the firing points of the Armed Forces of Ukraine.

Earlier, the DPR reported that the Ukrainian military 16 for the day once violated the armistice regime by shooting at the territory of the republic with mortars, grenade launchers, infantry fighting vehicles and armored personnel carriers. As a result of the shelling one militiaman was killed.

The enemy’s firing points were suppressed by counter-fire against the positions of the 24-th and 79-th brigades of the Armed Forces of Ukraine, which fired at populated areas. Losses of the Ukrainian army amounted to: five killed and seven wounded

- said the head of the press service of the People’s Police, Daniel Bezsonov.

He warned the “Ukrainian criminals” that the DPR army will continue to “adequately respond and stop aggression” from the side of the Ukrainian Armed Forces.