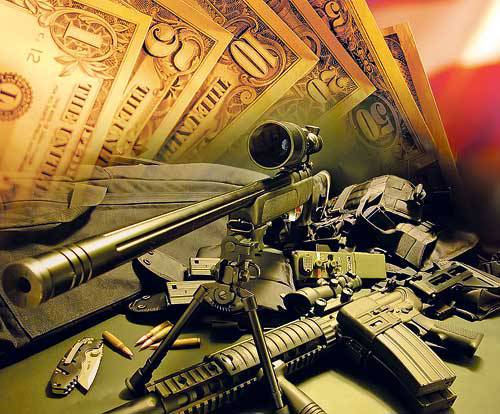 Analysis of a single document prepared on Capitol Hill

10 September 2010, the US Congressional Research Service, has released the Conventional Arms Transfers to Developing Nations annual report. It traditionally covers an eight-year period (this time 2002-2009 years) and in fact is the only official open document, to some extent reflecting the opinion of the American expert community on the state and dynamics of the world arms market.

Lack of many, but there is a demand

1. The report focuses on the analysis of the arms markets of developing countries (primarily the Middle East region), since they are the main importers of weapons and military equipment and at the same time the main points of instability. According to the report, these include all countries except the United States, the Russian Federation, European states (probably only Western European countries are meant, but the document is not clearly explained), Canada, Japan, Australia and New Zealand.

2. The report is fully built on “US government data” without specifying primary sources of information and methods for calculating aggregated indicators (for example, the sum of contracts / deliveries for the year). Although in some cases this would be appropriate, considering, for example, that in relation to Russia the conclusions and figures given in it almost always disagree with the reports of the Russian press and the official statistics of the Russian Federation. Similar incompatibilities exist in other countries. This circumstance significantly reduces the level of confidence in the work of American researchers as an independent analytical work.

3. The report on the export of weapons and military equipment from the United States is data collected in the framework of the Foreign Military Sales program, which take into account only intergovernmental agreements and do not take into account the contracts of the US military-industrial complex with foreign customers (that is, the Direct Commercial Sales program). Meanwhile, such agreements are almost not amenable to adequate evaluation due to the lack of official statistics. Thus, the volume of US military exports is greatly underestimated.

4. Regarding in detail the new contracts (indicating the recipient country, the quantity and name of the purchased equipment, as well as its cost), the report practically does not detail the supply of weapons. Everything is limited only by the number of transferred weapons and military equipment samples by type (without specifying names) and recipient regions (without country breakdown), and only cumulatively over a four-year period. An exception is made for the Middle East: the section devoted to it indicates the total value of the weapons received by each country in the region from each major exporter for two four-year periods.

5. Each new report presents data not only for the new past year, but also updates information for all previous periods. Thus, the “old” information in a new report often does not correspond to the information published in earlier reports. Adjustments are sometimes so significant that the findings of the new report contradict what was said a year earlier. Of course, due to the incompleteness of open information, this practice is permissible, for example, for the Stockholm SIPRI Institute, but the validity of this approach in the American report, which is based on "data from the US government" (to some extent the original source), is questionable. Since the reasons for the adjustments are not indicated, this reduces the level of confidence in the conclusions of the work.

6. For many years now, reports have not been updated in quality terms. It can be said that the text in them from year to year is the same (word for word) - it undergoes only cosmetic changes. For example, having carefully read the report published in 2005, you could not read all subsequent documents and only look at tables with numbers, because there are no new messages or conclusions in the text. At the same time, to describe the change in sentiment in the IWT market, two almost unchanging sets of arguments are used: one to explain the positive dynamics, and the second negative. On the whole, this approach raises great doubts as to whether the American congressmen read this work at all.

Nevertheless, despite the shortcomings, the report, which is authored by Richard Grimmett (Richard Grimmett), continues to be in great demand because, again, it is the only official document reflecting the US view as a superpower on the trends of the global market of weapons and military equipment. 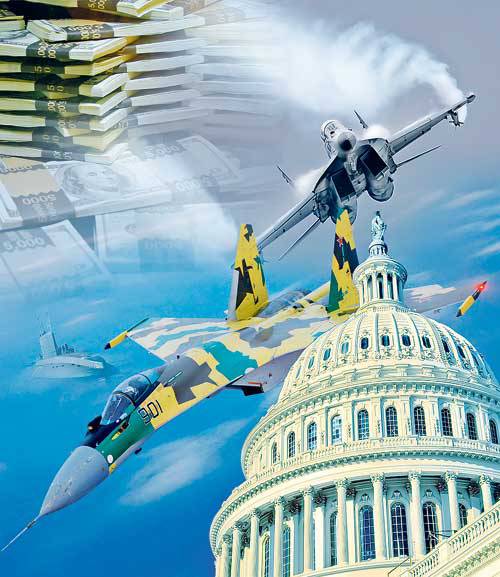 Like previous reports, Grimmmett’s new work leaves a contradictory feeling. On the one hand, the author’s assessments of Russia's position in the global arms market are becoming more and more adequate. But at the same time, some figures of the document, as already noted above, are in striking contradiction with the official data on Russian deliveries of weapons and military equipment abroad.

Let's start with the positive. Grimmett quite accurately and in detail describes the largest contracts concluded by Russian exporters in 2009. These include an agreement to supply six diesel-electric submarines (DEPLs) of project 636M to Vietnam. True, it seems that the author underestimated the amount of the contract, determining it at 1,8 billion dollars. The precedents of such transactions really indicate that the price of one such submarine is equal to $ 300 million, but this does not take into account the rather tangible escalation of the cost of weapons, which has been observed recently. In addition, the amount of financial resources necessary to build the infrastructure for the newly created underwater infrastructure is not taken into account fleet Vietnam, and here we are talking about hundreds of millions of dollars.

Grimmett also rightly considers the agreement to supply 20 fighters MiG-29 to Myanmar, and to Vietnam - eight Su-30MK2 fighters to large Russian contracts. Mentioned are also deals on the sale to China of another large batch of AL-31FN engines, and a large package of contracts with Venezuela. The total value of military-technical cooperation deals concluded by Russia in 2009, the report says, is 10,4 billion. This is at odds with the official statistics, according to which the Russian Federation was then able to sign agreements worth more than 15 billion. However, according to CAST estimates, the cost of identifiable Russian contracts is less than 8 billion dollars, which is quite comparable with Grimmmet's conclusion.

And once again it should be noted: the assessment of the cost of supplies of Russian weapons and military equipment, made in the report, traditionally strikingly differs from official data. A comparison of Grimmmette figures with official data for the past five years is reflected in the 1 table. In addition, it is curious to present Grimmmet’s data on Russia, which he published in his previous report (covering the 2001-2008 years).

Again, it must be emphasized that the phenomenal inconsistency between the estimates of the reports of the research service of the US Congress (CRS) and official data does not apply only to Russia. France annually publishes probably the most detailed and reliable national reports on its exports of arms and military equipment. How do the figures of the Ministry of Defense of the Fifth Republic and the CRS, can be judged by the table 2. It is easy to see that, as in the case of Russia, CRS estimates are greatly underestimated relative to official data (French data are given in constant prices, but if they are converted to current, that is, adjusted for inflation, the discrepancy will be even more striking).