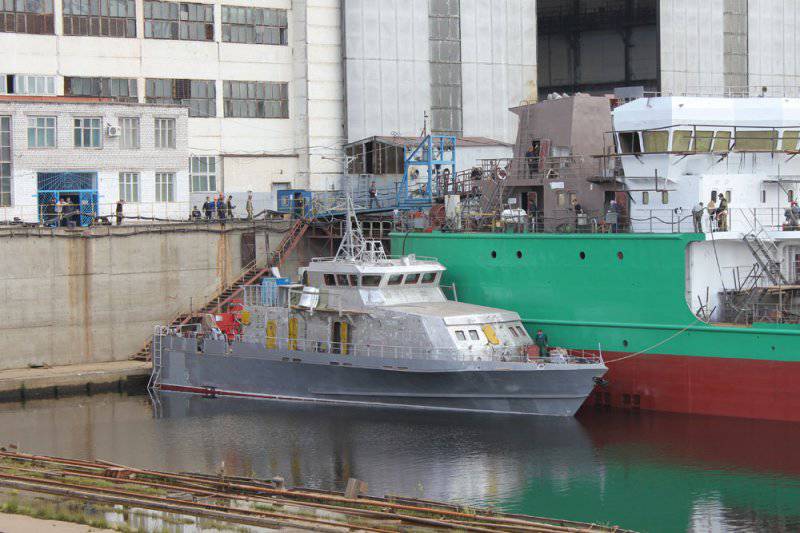 16 June 2012, at JSC Zelenodolsk Plant named after A.M. Gorky ”(the company is a member of the group of companies JSC Holding Company Ak Bars) was launched the anti-diversion boat of the 21980 project (code“ Rook ”) under construction for the Russian Navy with the factory number 983. This is the third boat in the series of the 21980 project, being built in Zelenodolsk, it was laid on 6 in May 2011. The first two boats of this type with serial numbers 981 and 982 were commissioned by the Russian Navy, respectively, in 2009 and 2011, based on Kronstadt and Novorossiysk.