March 19 2019
58
The only Russian aircraft carrier cruiser "Admiral Kuznetsov" after repair will be transferred to the Naval the fleetas planned in 2021, but a delay of three to four months is not ruled out. This was announced by the president of the United Shipbuilding Corporation (USC) Alexei Rakhmanov. 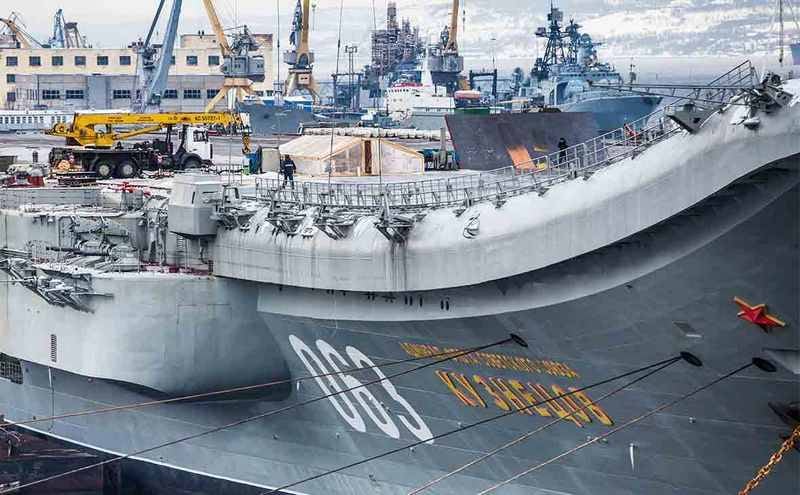 Rakhmanov explained that the repaired aircraft carrier would be handed over to the Navy in the 2021 year, as planned, but with a possible delay of three to four months, due to the docking of the ship. Now, the docking of the Admiral Kuznetsov will be carried out at the 35-m shipyard in Murmansk, where dry docks are being modernized for this.

We may go three or four months to the right. But in the 2021 year, as planned, the ship will be handed over to the fleet. The plan is that the ship repair plant number XXUMX in Murmansk will be upgraded capacity. The first part of this process is the dry docks of the plant.

Problems with the repair of the ship arose at the end of October last year, when during the launching in Murmansk under the "Admiral Kuznetsov" because of an emergency situation the floating dock PD-50 sank. Due to the fallen crane, the takeoff deck was damaged. Total ship received 52 damage, the estimated damage amounted to 70 million rubles. However, due to the flooding of the floating dock, it was impossible to carry out the second stage of the docking of the cruiser, which could delay the repairs indefinitely.

Earlier it was reported that during the modernization of the "Admiral Kuznetsov" will receive new air defense systems, it will change the power equipment, install new boilers, a number of new pumps and new systems of landing, monitoring and control.