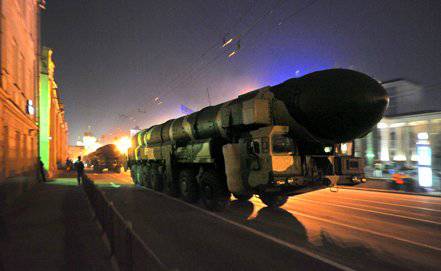 In addition, "the creation of the first model of a newer, unparalleled in Russia, simulator for training mechanics-drivers of launchers of the promising Yars missile system is nearing completion, he noted. This simulator will create for the trainee an absolutely realistic visualization system emergency situations in real time.

“Acceptance tests of the prototype will be held in November of this year at the 161 school of the RVSN technicians in the Astrakhan region,” Shorin said. ".

The importance of entering training simulators is explained by the peculiarity of training of rocket engineers. When it is impossible to use military equipment for training purposes, since rocket weapons are constantly on combat alert in combat readiness, training on simulators is an indispensable element in the training of real rocket professionals.

As the official representative of the Strategic Missile Forces noted, during the current year, the missile forces, together with industrial enterprises, are planning to prepare more than 120 training simulators for promising Topol-M and Yars missile systems of mine and mobile bases. "The simulators will be commissioned as a matter of priority in the Tatishchevsky, Teikovsky, Novosibirsk and Kozelsky missile formations," he added.

In particular, as reported earlier at the Strategic Missile Forces, "in the Teikov missile compound (Ivanovskaya ob.) This year it is planned to put into operation more 30 simulators, in Novosibirsk - more 20, in Kozelsky (Kaluga region) - more 10".